At the Consumer Electronics Show in Las Vegas, Samsung promoted new capabilities and integration between tablets and HDTV. The South Korean Consumer Electronics manufacturer announced that it would be easier to have a multi-screen environment between tablets and TVs as well as the ability to search and discover new video content by using a tablet in the future. Samsung has already begun experimenting with tablet integration in the living room with devices like the Galaxy Tab 7.0 Plus, and the latest news will bring additional features and integration. 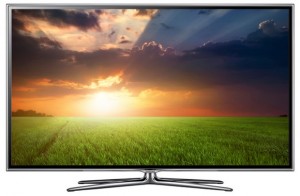 With the Galaxy Tab 7.0 Plus Android tablet, Samsung had integrated a consumer-grade IR blaster on the side of the tablet to allow the tablet to be used as a remote control for your living room home entertainment system. The Android tablet also has an app that pulls in a visual UI for users to change channels and learn what’s playing on various channels.

According to the Samsung keynote presentation, CNET reported that users can start watching TV on the tablet and resume on their larger HDTV and switch between various screens.

Additionally, rather than switching HDMI input port to switch between cable TV, media centers, and Internet TV–which is a rather cumbersome process–Samsung is now creating a singular unified app that will search all various sources for video content to allow TV watchers to discover new content. The service and app doesn’t yet have a name to it, but it will launch this spring and will be available on select Samsung mobile devices.

The video search app sounds similar to what the free Verizon Wireless Viewdini app does, but it will have further integration with Samsung HDTV in that users will no longer have to switch their TV inputs to see the content, depending if it’s on cable, satellite, on their PC or connected game box, on a media server or center, or other source.

Though Kang didn’t specify which devices, it’d be nice to be able to switch between a phone and tablet and TV for this experience, and who knows, perhaps even the highly anticipated Galaxy S4 flagship smartphone may have this feature built-in with its rumored larger display. Certain existing devices, like the Galaxy Note 10.1 or the Galaxy Tab 2 series.

A large theme of this year’s CES with mobile technologies is a connected lifestyle and home automation. We’re seeing home improvement retail chain Lowe’s introduce some pre-packaged solution and AT&T is diving in with its Digital Life vision. Samsung’s TV-smartphone-tablet integration may be the latest piece to help users pull in the power of connectivity effortlessly. With tablets having a large touchscreen for input and control, it’s an inexpensive way for users to control their living rooms compared to previously more costly custom home automation solutions.