Several new important Shenmue 3 release details have emerged as the game’s Kickstarter enters into its final 10 days and they include new reward bonuses for those that back the game ahead of its highly anticipated release date. Here’s what you need to know right now about the Shenmue 3 release.

At E3 2015, Sony took the stage to announce a slew of games from its partners including a huge surprise from Yu Suzuki and Ys Net. Suzuki, best known for his work on the Shenmue series, announced a brand new installment dubbed Shenmue 3. The game immediately went up on Kickstarter and it has remained there ever since. 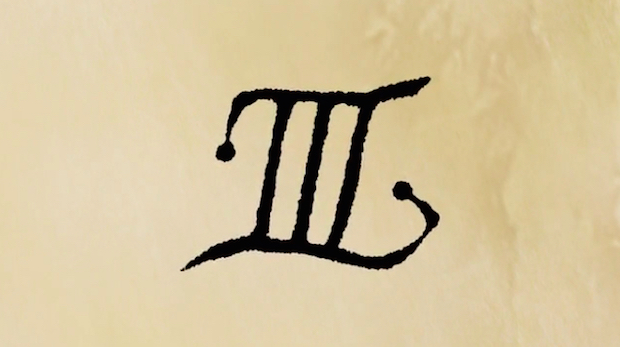 The Shenmue 3 Kickstarter originally asked for $2 million in funding but the game has blown past that goal in the weeks since its E3 2015 announcement. As of right now, Shenmue 3 and Suzuki’s company have accumulated more than $4 million in funding with 10 days left to go in the funding period.

With only a limited time left, fans of the series and those just discovering the game for the first time have only a few more days to take advantage of the offers that Yu Net has put forth to Kickstarter backers. And even with the end in sight, the company continues to offer new incentives to help drive interest and funding.

Those who have pledged $60 or more to the Shenmue 3 project will have the option to select a Special Backer Edition of Shenmue 3 for PS4. This is a physical copy of the game and it will allow those who are disinterested in the digital copy of the game to grab an actual disc.

The company says that after “the Kickstarter finishes, a survey will be sent out to backers in these tiers to confirm your choice of platform.” There are a few other caveats that backers need to be aware of. 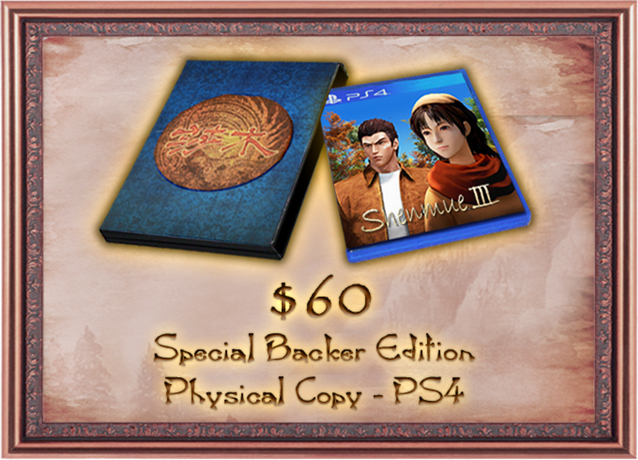 What’s not clear is if the game will be sold in physical form once it’s released for the PlayStation 4. For now, this is the only way to secure a physical copy of the game.

Yu Net recently opened up more $1500 I Am Shenmue rewards for those who missed out on the first round. Several fans of the game were upset that space in Choubu boat harbor filled up while they were asleep so the company decided to open up more spots for those looking to get their photo into the game.

There are only 128 units of this reward and as of right now, there are only 16 spots left. These will almost certainly sell out in the 10 days that the game has left. 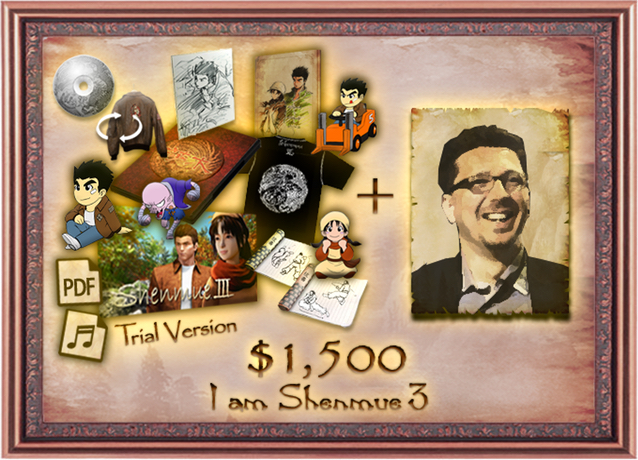 The $500 reward is the Toy Capsule Box Set and it comes with four figures including Ryo, Shenhua, Chai and the Forklift. 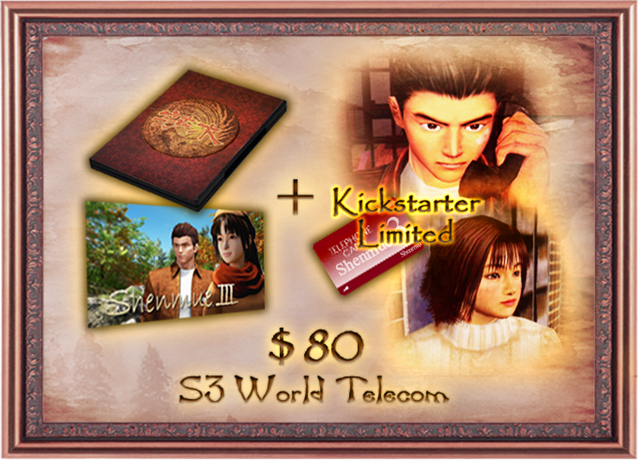 The first is a unique $80 reward called S3 WORLD TELECOM. This reward will give players an in-game phone card that allows phone calls to Nozomi, Guizhang Chen, Ine-san, Joy, Fuku-san, and other characters from the first two Shenmue games.

According to the developer, this “phone card will unlock phone conversations and flashback scenes available only to Kickstarter Backers” which makes it an extremely interesting proposition for those that are invested in Shenmue’s storyline. On top of that, it also includes the $60 reward.

The other reward is an $800 Shenmue Patron Reward that offers a way to get your name into the game. This reward also includes the $500 reward. Here is how the company describes this new reward:

There do not appear to be any limitations to this award which means that you should have time to consider it in the 10 days before the Kickstarter ends.

Finally, the company recently posted a transcript of some of the questions Yu Suzuki has been answering on Twitter and a few of his answers shed some light on some key Shenmue 3 release details.

He claims that the company will be looking into whether or not fans of the series will be able to continue backing the game after the Kickstarter runs its course in 10 days. There are still a number of unclaimed rewards and a long way to go before the developer hits its stretch goals so there’s certainly an incentive for Suzuki to find a way to prolong the game’s funding in some way. 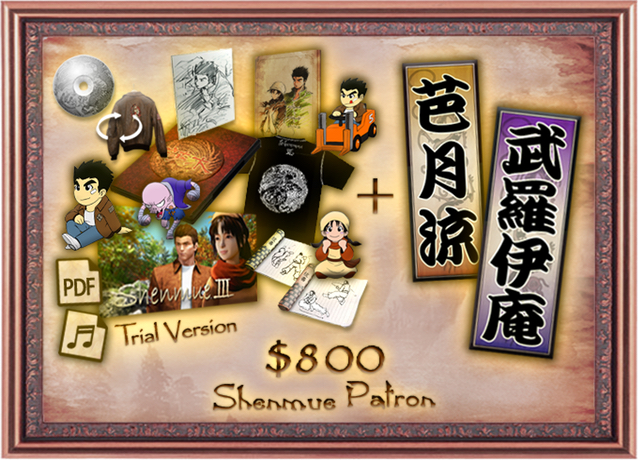 In response to a question about the potential for an open-world experience at $5 million in funding, Suzuki says that the he’s expecting the scale of the game to be “something similar to Dobuita.” Dobuita is one of the areas located in Yokosuka.

Suzuki also says that while Shenmue 3 won’t complete the Shenmue story, he will think about bringing a successor to life down the road. He answers a number of other questions that will be important to fans of the series and backers of the game’s Kickstarter.

The Shenmue 3 release date is still unknown though the company projects that it will start shipping the game out in time for the holidays in 2017. A firm release date hasn’t been set in stone and it will be dependent on the development team’s progress behind the scenes.

Look for more Shenmue 3 details to emerge throughout 2015 as the company starts to ramp up production ahead of its highly anticipated release.