After several leaks of the unannounced LG Cayenne Android smartphone for Sprint’s 4G LTE network, the device’s internal specs were confirmed in a recent leak. The LG Cayenne is widely believed to be a variant of the LG Viper 4G LTE, but with a landscape oriented sliding hardware keyboard.

A leaked screenshot of the LG-made phone, which bears the model number LG LS860 and goes by the codename Cayenne, confirms that the device will be powered by a dual-core Snapdragon S4 CPU. Additionally, the device will have NFC and will probably come with Google Wallet pre-installed. It will have a 1700 mAh battery, a 5-megapixel rear-facing camera, and a spacious 5-row QWERTY keyboard that slides out in landscape orientation. 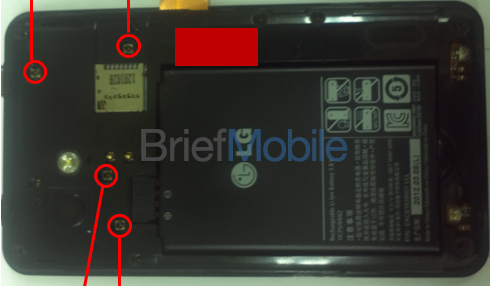 Brief Mobile had also confirmed that the phone will also have a front-facing camera, 1 GB RAM, and 8 GB internal storage. The device will feature a 4-inch WVGA IPS display and is reported to be coming in the third quarter of this year.

Though the WVGA resolution would slot the Cayenne in as a mid-range device, it is one of the few Android smartphones still shipping with a QWERTY keyboard and may be a nice upgrade for users who are currently enjoying the Sprint Samsung Epic 4G. Since the original Epic 4G was released on Sprint’s WiMax network, the carrier has not offered a successor with a keyboard and heavy messaging users will likely find that the Cayenne may fulfill their needs. The device does have a capable processor and really the only thing that’s holding the Cayenne back for power users would be a higher resolution display.

LG also is rumored to bring a higher end phone to Sprint’s LTE network in the form of the rumored LG Eclipse.