At the CommunicAsia 2011 conference today, Sony Ericsson announced a couple of new Xperia-branded handsets, the Xperia active and Xperia ray, both of which will be powered by Android 2.3 Gingerbread and hit markets worldwide at some point in Q3 of this year. 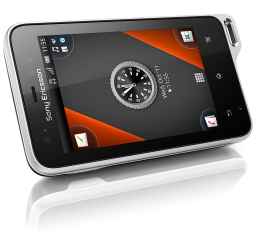 First, we have the Xperia active which is a phone for those with active lifestyles. It’s going to rock a 1GHz Snapdragon processor, a 3-inch Reality display powered by Bravia, and a 5MP camera. And being the active phone that it is, it’ll also employ resistance to scratches, dust, and water. It’ll also have something SE is calling “wet finger tracking” which will allow you to use the screen when your hands are wet.

It’ll also come with ANT+ technology which means that the device will come pre-loaded with apps for fitness gurus. Example? An on-screen heart monitor and one that checks your pulse. 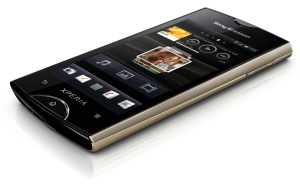 As for the Xperia ray, it’s going to be a super slim device checking in with a 9.4mm form factor and will feel as light as a feather in your hand as it checks in at a mere 100g’s in weight. The ray also has a 1GHz Snapdragon processor but has a slightly bigger screen than the active as it has a 3.3-inch Reality display. It also has a better camera as it sports a 8.1MP Exmor R camera capable of 720p video capture.

The Xperia ray will also come in an assortment of colors including gold, white, black and, drum roll, pink. Both the active will hit unknown markets worldwide and carriers across the world later on this year.