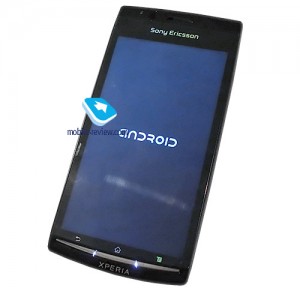 The rumored Sony Ericsson XPERIA X12 Android phone has been given a review by mobile site Mobile-Review, whose fame came from being the first site to review a prototype of the Nokia N8 long before the Symbian^3 powered device was made available for sale. According to Mobile-Review, the XPERIA X12 is not intended as a Galaxy S killer and offers refinements over the company’s XPERIA X10 handset, which also runs on the Android operating system:

Some of the leaked features of the device are far from true since Sony Ericsson’s attempt was never to create a Galaxy S “killer” or a high end device from a hardware point of view. It is rather an attempt to improve the design and features standard set with X10. For that purpose the device got thinner, lighter, with a larger display, this time supporting multitouch out of the box and with some improvements to the camera and interface.

The site finds that the operation of the device is smooth, thanks in part to Sony Ericsson’s utilization of the Qualcomm 800 MHz Scorpion chipset, which is of the same variety as that used on the T-Mobile G2 in the U.S. and the HTC Desire Z. The chip supports 720p HD encoding and DIVX codec support:

The chipset can now encodes 720p video in H264 smoothly and offers increased playback times for both audio and video while being optimized for decoding DIVX and XVID videos.

Whether the same smoothness in operation will continue to the device’s final build is unknown as the model that was tested was running on a vanilla build of Android sans any customizations from Sony Ericsson. With the Android operating system, manufacturers like Sony Ericsson usually add on user interface enhancements, widgets, and pre-loaded applications to enhance the user experience. If the UI isn’t optimized to handle the proprietary additions, the system may slow down. As reviewed, the unit had Android 2.1 loaded, which was the edition of Android that came before the Froyo version (2.2). Mobile-Review believes that the production unit will come with Android 2.2 and will therefore enable Adobe Flash 10.1 support. 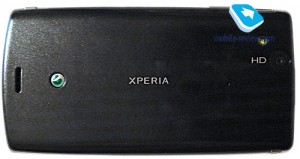 Also, while the camera is promised to take 12-megapixel still shots and encode videos at 720p HD resolution, the test model was limited in capacity: “The camera is supposed to be a 12MP unit, however at this stage it does not work properly – the viewfinder gets distorted and the image resolution is limited to 3MP. The same goes for video recording, the device captures only at 352 x 288.”

The site also notes that in order to achieve the slim form factor of the new device, the X12’s build quality doesn’t feel as solid as that on the X10 that it replaces:

As for the design, as we already mentioned, the device is thinner, lighter and has a bigger screen in diagonal. It feels differently in hand than X10 although different doesn’t necessarily mean better. The smaller weight makes X12 loose some of the “quality” sensation given by the X10 and the plastics used offer a nice looking glossy finish while being on par with the plastic quality used in all current Sony Ericsson phones. In this aspect, it is a step back from the nicely manufactured and designed X10 in order to provide a slimmer more “aerial” design and feel. Since some of these things may change until the phone hits the market, we will wait and see if Sony Ericsson will realize for once some of the mistakes made in most of their phones.

The X12 uses a 16:9 4.3-inch display of WVGA resolution (854 X 480) that’s similar to the Droid X by Motorola. Whether Sony Ericsson will have success competing against Motorola, HTC, and Samsung devices in the marketplace is unknown, but for now, Mobile-Review concludes that: “Adding to that , the much better build quality and problem free devices from HTC have already started to shift the image of the company for the better, something that cannot be said for Sony Ericsson and all the software and hardware problems in most of its current and recent product lineup. Going against the Galaxy S is also a suicide committed by blowing yourself up with a stick of dynamite, considering that the X12 will face both Galaxy S and its successor on the market. Even now Galaxy S offers much better features coupled with a superb screen and the only drawbacks are some of its software problems, which, by the way, didn’t prevent the device from being the best seller for Samsung.”