Sony has introduced a new phone at the Sony Developer Conference, the Sony W8. This is no regular Sony Ericsson Android device, it is a Sony Walkman device. Sony has said that the Sony Live with Walkman phone will be available in select markets before the end of 2011.

The Sony Live with Walkman has Walkman integration including a one touch button to launch the Walkman music app.

The “live” part comes from Facebook integration which allows you to share your music and media habits. To complete the music experience, the phone will connect to Sony’s Qriocity music service. 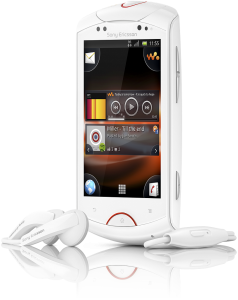 This is an interesting device. On one hand, many users will like the one touch access to music, but on the other, the device has a 2GB microSD card included, which is downright ridiculous given the focus on music and the space consumers need to store pictures and video. Yes, there is the cloud, but Sony really should have bundled at least an 8GB card.