Sony has been paying attention to the needs of Android users, and found that many of them are fans of the Swype keyboard, which allows you to slide your finger across keys to type.

Instead of paying to put Swype on the new Xperia smartphones, like many other manufacturers have started doing, Sony decided it would be cheaper to make their own keyboard app that includes this feature. 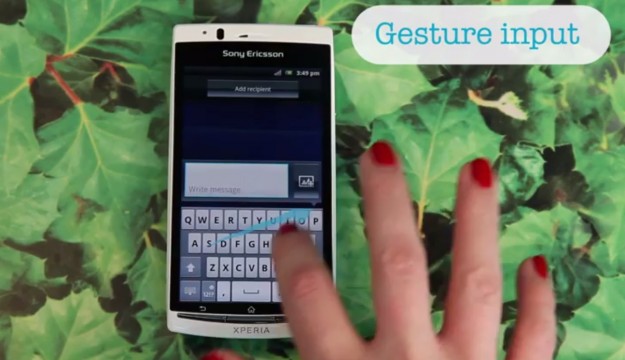 While I’m not a fan of protecting every slide gesture on a smartphone, swiping the Swype style and function doesn’t sit well.

You can see the new Swype-like keyboard in the video below;

Personally, the Sony Ericsson LiveDock looks like an exciting option for users looking to do more with their smartphones. You can watch the slightly disturbing video of the LiveDock below.