In addition to having introduced the XPERIA S (and its 4G LTE cousin the XPERIA Ion for AT&T), Sony is also unveiling the XPERIA acro HD Android smartphone. The acro HD features the same specs as the XPERIA S, but eschews the illuminated strip at the bottom where the Android navigation buttons are placed, and will come with more fun, vibrant colors other than the standard black and white the XPERIA S will come in. Additionally, the acro HD will also get a special nano-coating applied to it to make it waterproof. 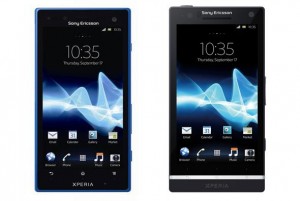 Like the XPERIA S, the acro HD will have a 12-megapixel rear camera that utilizes Sony’s Exmor R sensor, a Mobile Bravia Engine powering the device’s display, and a 720p HD resolution screen.

In addition to the acro HD, it appears that a list of Sony’s 2012 smartphone lineup was leaked earlier as well.