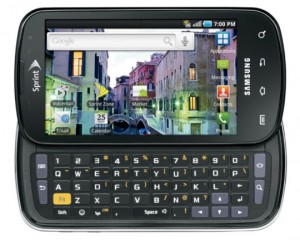 After T-Mobile USA had announced that it will be delivering its Android 2.2 software update to its Galaxy S variant, called the Samsung Vibrant, rival carrier Sprint has tweeted that it will soon deliver an update to Froyo for its own variant of the Galaxy S called the Epic 4G with a sliding keyboard. IntoMobile is reporting that Sprint has made some tweets indicating that the carrier is working with Samsung to deliver the update, but that like T-Mobile’s case, the update has been delayed due to carrier testing and optimization. Those tweets read:

Sprint & Samsung are working to release Froyo for Epic ASAP, but only after it meets rigorous testing criteria to ensure quality experience