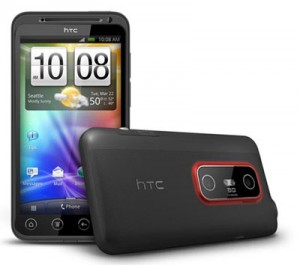 Hot sales of the HTC EVO 3D isn’t Sprint’s only problem as the carrier is trying to keep its store shelves stocked with the wildly popular smartphone successor to the original HTC EVO 4G. Owners of the Sprint HTC EVO 3D on various forums are reporting overheating issues related to the latest dual-core Snapdragon smartphone. Accroding to a number of users who have contacted Sprint for support, the issue is a known issue though it’s unclear if the issue is a result of software that still needs to be optimized or if it’s due to some hardware glitches. If it’s a software issue, it would be a fixable issue through a future update, though it’s unclear what implication a hardware defect would be for the flagship smartphone for Sprint’s Now Network as it would probably require users to send in their devices for service or replacement.

Some users are noticing the overheating issue while recharging the smartphone. One user noted that his smartphone was charging at a higher voltage level than normal. Other users have reported heat issues while the phone is out and about during normal daily use. Another heat-related issue may be due to using the camera or running the camera app in the background. I’ve noticed that while utilizing the camera for 3D image capture or video encoding, the phone began to heat up quickly. To date, I haven’t noticed any heat issues while charging, though the device does get warmer than usual on occasion while I am using it in my daily routine away from the charger.

For now, Sprint is replacing known and affected units. If you’re suffering from overheating EVO 3D units, you may want to get in touch with Sprint customer care or visit your nearest Sprint store to see if you can get a replacement.

The HTC EVO 3D is among the most advanced smartphones on the market today, boasting a glasses-free parallax barrier display technology with a 4.3-inch qHD high resolution touchscreen, a dual-core 1.2 GHz Snapdragon processor with Adreno graphics, dual-rear-5-megapixel cameras for 3D image capture and 720p 3D or 2D video encoding, front-facing camera, 4G WiMax support with a multi-mode 3G CDMA radio, and the latest version of HTC Sense on top of Android 2.3 Gingerbread. The handset was originally announced at CTIA earlier this Spring and is the successor to the HTC EVO 4G released a year ago on the Now Network.