Earlier today, we shared some specifications for the upcoming HTC Droid Incredible 4G, a device that will likely hitting Verizon sometime this spring, possibly on April 26th. The device will be the third device in the Incredible series following the massively popular Droid Incredible and last year’s Droid Incredible 2, which we thought was one of the best 3G smartphones ever made.

Back to those specs.

There were two main specifications confirmed by some NenaMark benchmarks. The first, a dual-core 1.2GHz processor and the second, a qHD display.

Neither are impressive and my question now is: “Why?” 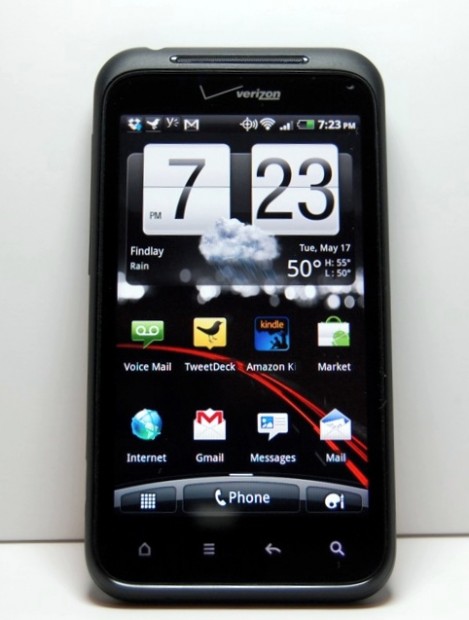 The new Droid Incredible could be a hit. But it will likely be a dud.

Why on earth would HTC and Verizon not shoot for a fantastic device here? I can live with the dual-core processor, a processor that is probably dual-core because HTC and Verizon would have to wait a lot longer to push this phone out if they wanted to include quad-core.

For some, that’s not a big deal.

But it frustrates me.

That sounds like a winning combination to me and one that I would certainly have to take a long hard look at if I were in need of a new Android phone. Droid-Life thinks it might be because Verizon wants to cut costs and possibly market the phone as the first global-ready 4G LTE smartphone.

Great, but why do that to one of the best Droid smartphones ever made? Why sell it short? For me, the 4-inch display is the ideal size for a smartphone screen. In fact, I am hoping that Apple bumps the screen size of the next iPhone up to 4-inches.

The Droid Incredible truly has an opportunity to stand out at that 4-inch size, but it will not with a qHD display. I’m sorry. If I had a choice between a 720p display and a qHD display, I would choose the 720p display every time.

So I guess what this means is that HTC and Verizon are shooting for the mid-range with this device. Sad, because two years ago, the Incredible was at the very top of the Android ladder.

And if this is the final Droid Incredible, and it might be because of HTC’s One Series re-branding, I think it deserves better than last year’s tech.

I realize that it hasn’t been announced yet and things could change, but from the looks of it, we’ll be getting a mediocre Droid Incredible that will likely give mediocre sales.

And here I thought HTC was trying to focus on building better hardware and improving its numbers.