In a marketing video highlighting how the HTC One S is made, HTC reveals how the company is giving the One S smartphone its strength. While the company has been using metal finishes on its smartphones for years–the original international version of the GSM HTC Hero smartphone is a prime example–HTC is stepping up the game in creating strong phones that are slim and won’t require a case. The HTC One S is one of those, and the Taiwanese smartphone-maker is revealing that though the phone uses aircraft grade aluminum, its treated to resemble ceramic.

So how does HTC accomplish this, by turning metal into ceramic? With the Midas touch, HTC uses Micro Arc Oxidation to accomplish this task. The way it works is that HTC begins the process with aircraft 600 grade aluminum and then strikes the casing of the phone with 10,000 volts of electricity, comparable to a lightning built. This begins the micro arc oxidation process and results in a construction that’s 5 times stronger than aerospace aluminum and three times stronger than stainless steel. 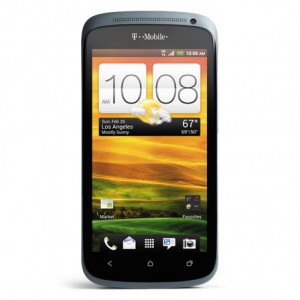 And as the ceramic finish is part of the phone and not just a superficial coating, HTC claims that the One S will be strong and sturdy and users won’t need a case. The process has been used to on satellites in the past, and HTC wants consumers to know that the technology is now being brought to your pocket. It’s still unclear if the micro arc oxidation process will impact reception on phones in any way. In the past, users have complained that the company’s unibody metal finishes had adversely impacted reception.

The One S has been announced to be coming to T-Mobile USA‘s network in the U.S.