Toshiba, which has launched its debut Android Honeycomb Thrive tablet, is looking to expand its tablet market share by introducing a new model soon that’s sleeker and slimmer according to leaked reports. While the Thrive is an affordable Android tablet with a number of connectivity features and ports, adaptive display that upscales images and videos, and a powerful dual-core processor, the device itself is rather bulky and may not appeal to users in the post-PC age where slim is in and Apple is setting the stage for how thick a gadget should be. 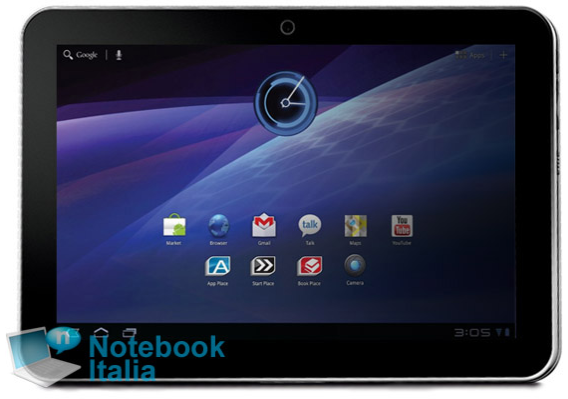 Specs for the new tablet from Toshiba are yet unknown, but it is believed that this device, like the Thrive, will be a 10-inch Honeycomb tablet. The device is shown in leaked images with a micro HDMI port, micro USB port, micro SDHC card slot, and a front-facing and rear-facing cameras.

The device appears about half as thick as the current Thrive tablet, which is nearly twice as thick as Apple’s iPad 2 and Samsung’s Galaxy Tab 10.1 tablets.

It’s unclear if Toshiba will utilize a metal build for the new tablet, or if it will be mostly plastic like the Galaxy Tab. The device is rendered in an aluminum-finish.