Following in the footsteps of Facebook, it’s being reported that Twitter will soon add the ability for users to edit their tweets to some extent. According to The Desk, anonymous Twitter employees say that the edit feature has been a top priority at the company for several months.

So what exactly would the edit function look like on Twitter and how would it work? Essentially, sources are saying that once you publish a tweet, you’ll be able to edit it for a limited amount of time before it then becomes permanent. The time window that you’ll have to edit a tweet is supposedly still being pondered over at Twitter HQ.

Unfortunately, it doesn’t look like users will be able to completely change the entire tweet when editing, but rather users can make small edits to the tweet, such as fixing a typo and adding or subtracting a word or two. Furthermore, users would only be able to edit a tweet once (so make it count), but luckily, changes are said to be made immediately to the tweet and will show up in Twitter feeds with the new changes, as well as any retweets. 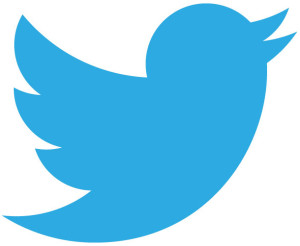 All of this makes sense, as Twitter doesn’t want users to completely change the content of a tweet and stick in an advertisement after it has received numerous retweets because it originally had a viral news story in the text. Plus, being able to completely edit a tweet would take away the uniqueness that Twitter brings to the social landscape: being an unfiltered and true microblogging platform.

Of course, the edit function wouldn’t be entirely foolproof. For instance, editing changes will show up in normal retweets, but for those who like to manually retweet (copying and pasting the tweet and putting “RT” in front of it), any editing changes won’t show up, since it’s technically someone else’s tweet now.

In any case, an editing function would be a huge welcome for Twitter users, as we all make typos or misspeak when we tweet. Granted, you can simply just delete the tweet and start over, but it messes up the flow a bit if users have already replied to that tweet.

No word on when we’ll see the edit function roll out to the public, but hopefully it’s sooner rather than later.