Long iPhone 6 Plus battery life removed one of Samsung’s go to attacks, but the company isn’t letting up. Weeks after Samsung took over TV commercials showing consumers warming up to the Galaxy Note series and calling Apple an imitator there is a new Galaxy Note 4 ad showing a Note 4 blueprint and calling out the iPhone 7. 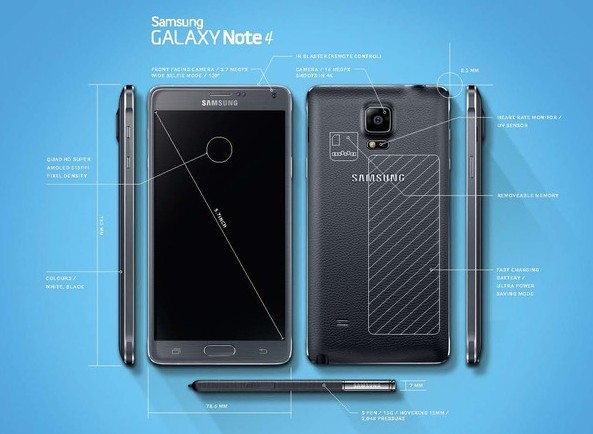 Samsung’s new attacks on Apple come as the iPhone 6 and iPhone 6 plus arrive on store shelves with new larger screens that take away one easy win Samsung enjoyed for years. The iPhone 6 is almost the same size as the Galaxy S5 but with a 4.7-inch display. The iPhone 6 Plus is slightly taller than the Galaxy Note 4 and features a 5.5-inch display.

The full Samsung Galaxy Note 4 blueprint ad shown below highlights the Note 4 specs, features and design. It’s up to consumers to determine if this is enough to take on the iPhone 6 and iPhone 6 Plus, but with a new metal frame, multi-window mode and years of delivering the go-to experience on large screen smartphones Samsung has a chance. 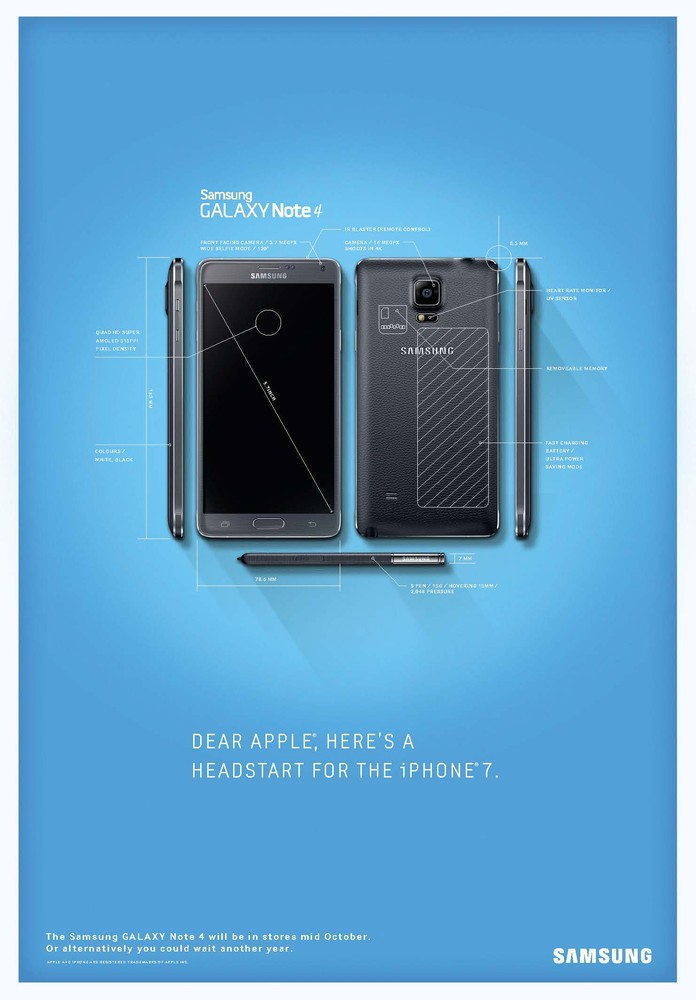 This new Samsung ad is designed to keep the product in the spotlight in the run up to the Galaxy Note 4 U.S. release date that starts on October 17th at most major U.S. carriers. The Galaxy Note 4 includes a 5.7-inch Quad-HD Super AMOLED display with a 2,560 x 1,440 resolution that is much higher than the iPhone 6 Plus.

When we compared the iPhone 6 Plus’ 1,920 x 1,080 resolution display to the 2,560 x 1,440 resolution display on the LG G3 we discovered that although pixel count isn’t everything there are still some advantages to a Quad HD display. The video below shows the first Samsung Galaxy Note 4 ad to take on the new iPhones directly.

There is a long history of Samsung bashing Apple’s iPhone on TV and in print advertising. The last major Samsung ad to take on the iPhone 6 in this manner was the, “It Doesn’t Take a Genius” ad from 2012. In this print ad Samsung compared the iPhone 5 to the Galaxy S3.

The original ad listed the specs and told readers the Galaxy S3 was a better choice. This didn’t sit well with Apple’s fans who promptly remixed the “It doesn’t Take a Genius” ad with parodies that ripped Samsung’s arguments to shreds, online anyway. Ismael Del Toro shares one of the most recognizable parody ads. 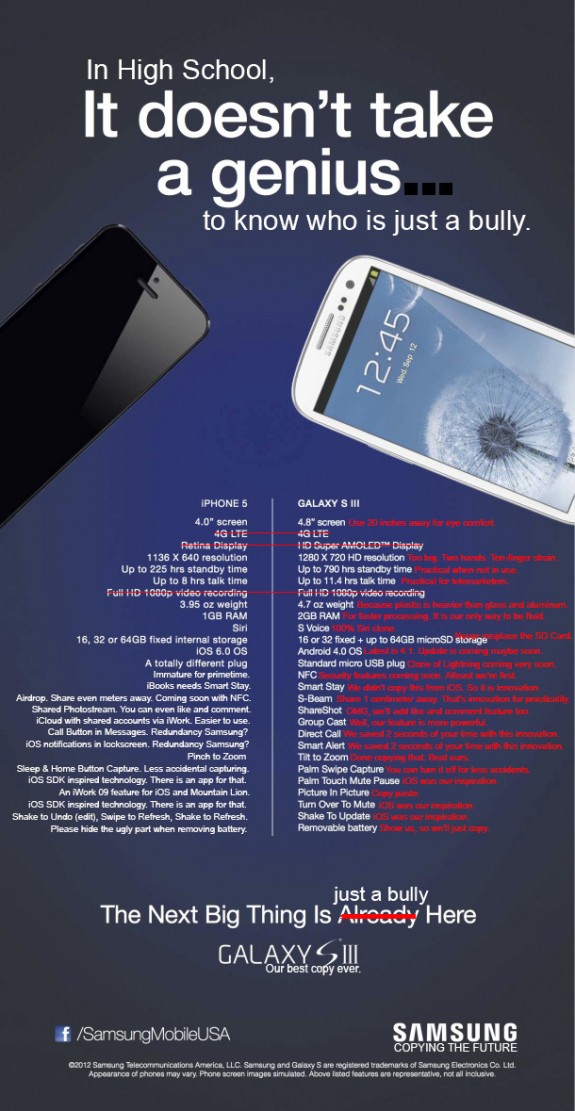 One of the remixed “It Doesn’t Take a Genius. ads.

So far there aren’t any great Galaxy Note blueprint ad parodies and remixes, but it wouldn’t be a shock to see fans create their take on this new Galaxy Note 4 ad.

The Samsung Galaxy Note 4 release date arrives on October 17th in the U.S. on most major carriers. Expect to pay $299 on contract or $350 on Sprint.

Many users are also excited about the Galaxy Note Edge, a new Galaxy Note with a curved screen on one side that can show notifications, offer shortcuts and more. You can see Galaxy note Edge photos below.