Verizon Ready to Show Off New Devices, Just Not the HTC One

Gotta Be Mobile has received an invitation for a Verizon event in New York City on July 23rd and while the carrier doesn’t say what will be revealed, it’s clear that it’s going to be the heavily rumored Motorola Droid Ultra, Droid MAXX and the Droid Mini.

Verizon will be hosting an invite-only event in New York where the company will be showing off what it calls one of its “most popular family of devices.” While the carrier does not elaborate, it’s clear that it’s referring to the Droid family, a brand that has been exclusive to Verizon’s network for several years now. 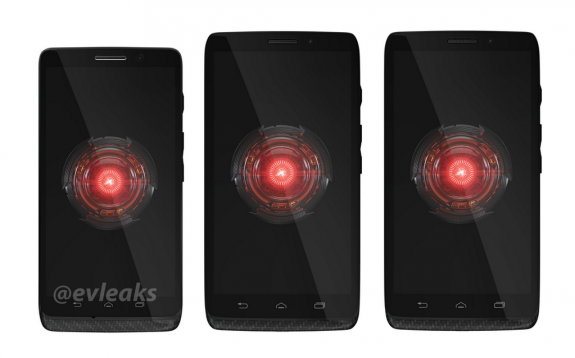 The Droid Mini, Droid Ultra and Droid MAXX should debut on July 23rd.

The devices are said to be replacing the Droid RAZR HD, Droid RAZR MAXX HD and the Droid RAZR M, the three Motorola flagships that launched in late 2012. It’s unclear if Verizon will opt to market them under the RAZR brand name or if it will instead leave that out and market the devices simply as Droid. Motorola isn’t expected to debut the new Moto X on stage instead leaving the unveiling to the other three devices.

Motorola’s new Droid Ultra and Droid MAXX are expected to tout large displays, possibly 5-inches in size, Snapdragon 800 quad-core processors and 10MP cameras that should be able to take quality photos, even in low-light environments. The Droid Mini will likely feature lesser specifications though it still remains a mystery.

All three will likely run on the carrier’s 4G LTE network and run a version of Android, perhaps the new Android 4.2 Jelly Bean which has yet to arrive for Droid RAZR HD or Droid RAZR MAXX HD owners. Those devices seem to be a certainty.  However, Verizon does have one other device that has yet to receive official details.

The Verizon HTC One remains missing.

The Verizon HTC One is official but it remains without a release date or any specifics. It doesn’t appear to be a Droid device, which may mean that it won’t make an appearance, but with its rumored August 1st release date coming up, anything is possible.

If Verizon issues release dates for the new Droids, it would be a sharp blow to those that have been waiting patiently, and impatiently, for information about the Verizon HTC One.

Whatever the case may be, Gotta Be Mobile will be reporting live Verizon’s event live in New York City on July 23rd.