Verizon had a chance to make the Samsung Galaxy Nexus experience a special one, but unfortunately, it dropped the ball.

I, like many others, bought the device thinking that it would provide that old fashioned Nexus experience where the device would be the first to get updates from Google. 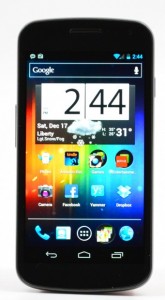 I vented my frustration about the issue, however, that was before an Android engineer took to Google+ to vent frustrations of its own.

He doesn’t explicitly say it but he is definitely talking about Verizon, the Galaxy Nexus, and the Motorola Xoom.

That’s pretty embarrassing. For me, this was the cherry on top of all the complaints I’ve had about this phone and about Verizon.

Read: Verizon to Blame for Lack of Galaxy Nexus Update?

Verizon had the chance to do something big with the Galaxy Nexus, a 4G LTE smartphone that is widely considered to be one of the best Android smartphones ever made. It had the chance to prove to Google that it was a great partner, Queru’s statements seem to say otherwise.

It had the chance to keep customers happy by releasing timely updates on a device that no other service provider had.

And lastly, it had the chance to provide a great smartphone experience, one that would not only ensure that customers would buy another device on Verizon but one that would also stand to lure in others to the fold.

In my mind, it has failed on all counts here.

Queru says that his mind is blown that the software hasn’t rolled out. Agreed. But you know what bothers me more? The silence. The complete and utter silence that Verizon has displayed in regards to this device.

In fact, the carrier seems to be mum about the device (and its software update) internally as well.

To me, for a Nexus device and one that cost $300 with a tiered data plan, that’s unacceptable. About as unacceptable as the battery life issues that continue to annoy me on a daily basis.

And I get the feeling that many others are too.