As many of you know, I’ve been the owner of Verizon’s Samsung Galaxy Nexus since launch. And on launch day, I gave you my first impressions and thoughts on the performance of the device. I concluded them by saying that the Galaxy Nexus was, at the time, everything that I wanted it to be.

Well, I’ve now had the phone in my possession for a little less than two weeks and it’s time to revisit how I feel about one of the most anticipated phones of not only the year, but ever.

Like many of you who picked one up, I had high expectations. Part of that stems from the fact that it’s a Nexus device, part of it because it’s a 4G LTE device and the rest because I had to fork over a ton of dough in order to call it my own.

The Galaxy Nexus is the best Android phone I’ve ever possessed, but there are still some things that prevent me from calling this the best smartphone of all time.

I’ll get to those in a second. But first, let’s run down some of the stuff that I like about Verizon’s Galaxy Nexus. 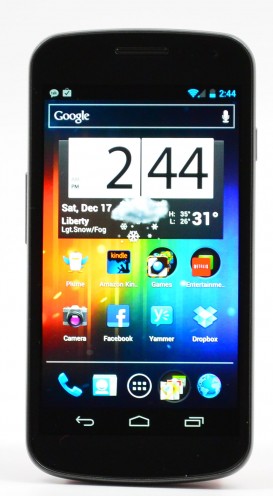 Android 4.0 Ice Cream Sandwich is far and away the best version of Android yet. Of course, a big reason for my great experiences with the software is the fact that the Galaxy Nexus is a Nexus device. That means that there isn’t a pesky, clunky UI hogging resources.

The vanilla version of Android 4.0 is swift and it’s the best looking piece of Android software yet.

From the improved notifications to the Recent Apps to the baked in features for the Galaxy Nexus’ camera, Android 4.0 has really won me over. It truly blows Android 2.3 Gingerbread out of the water.

And while the experience on devices not called Nexus will differ, I think many of you will feel the same as I do.

I liked the design of the Galaxy Nexus on day one and while I am starting to dislike the device’s enormous footprint, it’s hard to deny the fact that Samsung makes fantastic hardware. This is a well-designed phone.

More than the design though, I like how the hardware – the processor, the RAM, etc, handle the operating system. Browsing the web is quick. I can multitask without lag. And I am able to move through my different home screens with ease.

This might not sound like much but you’ll appreciate these things after you’ve used phones like the Droid X2 where performance is closer to molasses during a New England winter.

4G LTE has been as advertised. It’s fast. Loading a webpage in a 4G LTE area is similar to loading one up on my Wi-Fi network. Videos load up with the same quickness and stream in great quality.

Honestly, it’s difficult to use a 3G phone after getting used to 4G LTE data speeds.

That being said, there is a trade-off when it comes to 4G LTE and that leads me to a few things that I don’t like about the Galaxy Nexus. 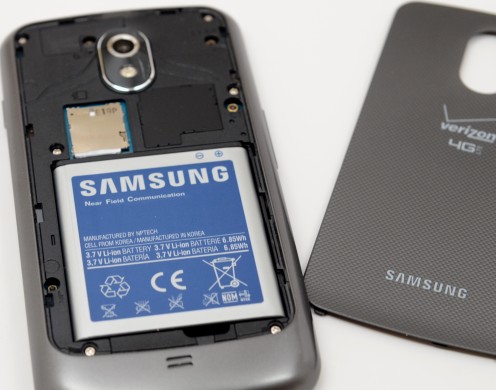 I’ve already written extensively about this so I won’t re-hash it too much but just know this. My battery life with the Galaxy Nexus has been less than adequate. I can still only get around 15 hours of battery life, even after turning off NFC and a host of other things.

Keep in mind, I am not a power user. I am just the average Joe. Over the course of the day, I surf the web, I check my email, I send out a few texts, and at night I play a few games and check sports scores. It’s frustrating when I have to continually charge my phone.

I hope and pray that battery life on the phones of 2012 is much improved.

OK, so I didn’t buy the Galaxy Nexus for its camera but that doesn’t change the fact that it’s not good. A shame considering all of the nice features that Google and ICS decided to bestow upon the device.

Speaking of those features, for some reason I can’t seem to get the red eye out of people’s eyes using the camera. Am I the only one seeing this issue? It’s driving me absolutely nuts.

It’s not a terrible camera though, it’s just no where near as good as the one on the iPhone 4S or other high-end Android phones.

While Xavier and Josh love the screen size of the Galaxy Nexus, I am beginning to loathe it. I have big hands, so I can handle it, but it just seems – well, too big. Almost to the point of feeling ridiculous when it’s in my pocket.

I’ve been having trouble using it with one hand as well.

Don’t get me wrong, it’s great for watching movies and content on-the-go, but it has been a difficult adjustment coming from the iPhone 3GS’ 3.5″ display.

For such a big device, you would think that it would have some speakers that knocked. Not the case. Often, I am forced to plug in my headphones in order to hear some content. And that’s fine because when I’m at home I’m either using my TV or my tablet for such things but I would have loved it if the Galaxy Nexus had some louder speakers.

Overall, this is a great phone and again, it’s the best Android phone that I’ve ever used. That being said, it has failed to wipe out thoughts of an iPhone 5 with LTE. It might be the battery life, it might be the camera, it might just be that I’m never satisfied with my phone. I don’t know.

But am I glad that I bought it?

But don’t be surprised if I pick up an iPhone 5 in the fall.