The Verizon Galaxy Nexus update roll out started last week and now, we are getting a better sense of how the update has worked out for some folks.

I was hoping to have my own impressions ready today but I have yet to receive the update from Verizon. In addition, I can’t seem to get the manual update method to work so as of right now, I am stuck on Android 4.0.3.

That being said, I’ve heard from several readers who have received the update from Verizon and for the most part, I’ve heard a lot of good things. 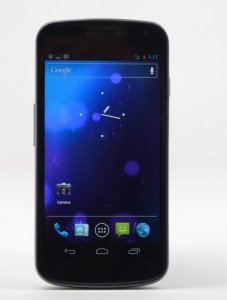 It also appears as though the random reboots have been dealt with, at least for some Galaxy Nexus owners.

Again, a majority of folks have had good things to say about the software and that has me fairly optimistic.

Of course, there are always some rotten eggs when it comes to these updates. It’s just a part of life when using Android it seems.

I’ve had a few Galaxy Nexus owners chime in to tell me that they’re still having some issues even after updating the phone to Android 4.0.4.

The most common one seems to be the radio issue. Some Galaxy Nexus owners are still reporting weak signals with the radio. In addition, I’ve heard from a couple of people that have seen the microphone issue arise once again. The microphone issue is one where the mic suddenly cuts out for no reason while on phone calls.

It’s nasty and I’ve had it happen several times.

I’ve also heard from a couple of owners who have seen their device reboot but apparently it doesn’t do it as frequently.

So as of right now, it seems like the update has, for the most part, done its job. However, it seems some people are still seeing issues with the update.

How has your experience been thus far, Galaxy Nexus owners? I’d love to hear from you while I wait on my update to arrive.