Late yesterday, Google made the Samsung Galaxy Nexus Android 4.0.4 available once again for download which could be a sign that Verizon will be rolling out the update to users at some point in the near future.

The good news appeared over on the XDA-forums and the download is now available for those that are rooted. Those who are not rooted will have to wait until Verizon decides to push the software Over-the-Air. (OTA)

There are even some caveats for rooted users so those interested should make sure they take in all of the pertinent information before making the move to flash the ROM. 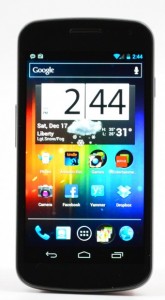 This is not the first time that Google has made this update available but the last time saw the company releasing and then quickly pulling the update. The fact that it’s back seems to be a good sign for Verizon GalaxyNexus owners who have been waiting five months for the update to arrive.

We had heard previously that the update might be rolling out this week. However, the rumored Tuesday roll out date came and went without any sign of the update or any word from Verizon.

It has been like that for the past five months.

However, it appears that something is finally on the horizon and Verizon Galaxy Nexus owners should start checking their phone on a more frequent basis.

The Samsung Galaxy Nexus first launched on Verizon back in December of 2011. Since then, the carrier has yet to update the device with a single update leaving users to deal with a host of issues that have been plaguing the device since its launch.

Now that it appears that something is on the horizon, are you any less frustrated Verizon Galaxy Nexus owners?