While Verizon continues to remain silent about the specific details regarding its version of the Samsung Galaxy S4, we now know that the Verizon Galaxy S4 release has inched closer as the device has passed through the FCC on its way to the United States’ largest 4G LTE network.

In mid-March, Samsung announced the Samsung Galaxy S4 at an event in New York City. Soon after that event, the five largest carriers in the U.S. confirmed the Galaxy S4 for arrival, a list that includes AT&T, Sprint, T-Mobile, U.S. Cellular and Verizon. And while AT&T, T-Mobile and U.S. Cellular have divulged information about their device, Sprint and Verizon remain mum. 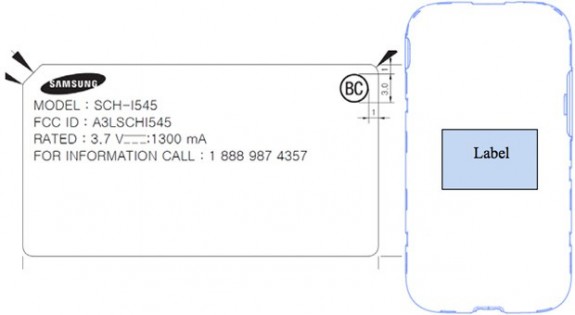 The Verizon Galaxy S4 has passed through the FCC on its way to shelves.

However, we now know that the Verizon Galaxy S4 release has inched closer due to the emergence of an FCC filing that indicates that the device has passed all tests on its way to Verizon’s LTE network. The model number is now confirmed as SCH-i545, thanks to the discovery by Engadget, and it will utilize 4G LTE speeds over its 700MHz and AWS frequencies.

Also on board is HSPA+ 3G which means that this should indeed be a global device, perfect for those that are looking to take it outside the United States for a trip or vacation.

Of course, what the FCC filing doesn’t reveal are the two things that consumers are most interested in. The Verizon Galaxy S4 price and its release date. Thus far, we haven’t heard any rumors suggesting either so they remain a mystery, two weeks after the Galaxy S4 arrived. We do have some clues though. 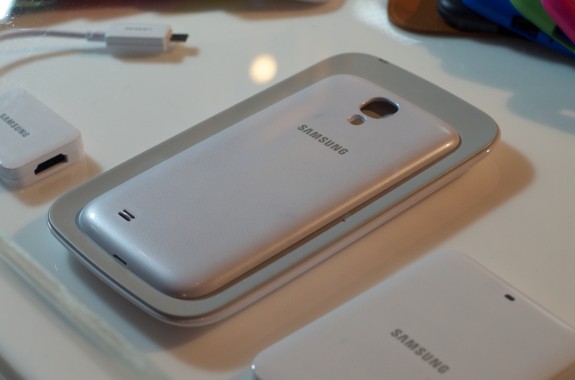 The Galaxy S4 is coming to Verizon. It’s just a matter of when.

AT&T and U.S. Cellular will be offering the device up for pre-order on April 16th while T-Mobile will release the phone on May 1st. So at the very least, it looks like May is likely going to be a probable month for most if not all of these Galaxy S4 variants. Sprint, like Verizon, remains completely mum about a pre-order or a release date.

As for pricing, AT&T has announced that the device will cost $249 though it doesn’t say which storage option will feature that price. T-Mobile has also announced that its Galaxy S4 will start at $99.

The Samsung Galaxy S4 is the new flagship for Samsung, replacing the Samsung Galaxy S3 which went on to sell more than 40 million units around the world. It features a 5-inch 1080p display, quad-core processor, 13MP camera, Android 4.2 Jelly Bean, and an assortment of upgrades and smart features courtesy of Samsung.