Wacom, makers of the digitizing technology that allows stylus and pen input on a broad range of devices ranging from Microsoft’s Surface Pro tablet to Samsung’s Galaxy Note consumer range, has teased that it will release its own branded tablet product for a summer release.

The announcement comes on the company’s Facebook account, noting that it would have a “real pressure-sensitive professional pen, smooth multi-touch, an HD display, and other valuable features” not currently available in other tablets. The company is targeting the creative professional. 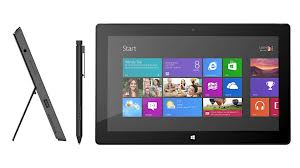 It’s unclear what OS the tablet will run as current tablets supporting Wacom’s technology range from Samsung’s Android-powered and S-Pen enabled Galaxy Note range to a number of Windows RT and Windows 8 slates. Potentially, Wacom’s tablet could support either Android or Windows, though given its high-end creative focus, the device may be more likely to support Windows 8 Pro than Android.

As Samsung had recently announced that it had made an investment of roughly 5 percent into Wacom, it’s unclear if Wacom’s tablet is inspired in part by Samsung. It’s also unclear if Samsung’s Touchwiz experience will be borrowed for Wacom’s slates.

Wacom so far does not offer a standalone tablet product. All of the company’s current ‘tablets‘ are peripheral devices without a standalone OS. As such, Wacom’s current drawing tablets have to be connected to a Mac or PC and then users can use the tablet, much like a trackpad, as an input device for the computer.

Microsoft’s Surface Pro has captured a lot of chatter and interest among users for its high-grade build quality, compact size, and a different form factor design than most traditional convertible or hybrid slates. What the device still lacks, however, is a dedicated GPU, which would drive costs even further up. Potentially, as Wacom is already targeting a high-end creative user, a dedicated GPU could be part of the equation to power more intensive applications, like CAD designs or Adobe Photoshop work. A larger tablet display may also be useful for creative professionals as well.

Wacom would be moving from a maker of accessories to a computer maker competing with the likes of Apple’s iPad, Samsung’s Galaxy Note and ATIV Smart PC lines, and Microsoft’s Surface series among other OEMs like HP, Dell, Lenovo, Asus, and Acer. Wacom would not only be providing these companies with the digitizing technologies to power their own products, but will be competing in the same space. It’s unclear if these will affect business relationships to Wacom’s digitizing technology and if companies like Microsoft would switch to competing technologies offered by N-Trig, which is being used on Sony’s and Acer’s tablets.