Which iPad Air 3 Storage Size Should You Buy?

The cheapest iPad Air comes with 64GB of storage, which is more than enough for many users, but you still need to look into the storage options. Apple offers the iPad Air with 64GB or 256GB of storage. This is more base storage than the 9.7-inch iPad and in line with the iPad Pro.

Apple only offers two storage options, and they charge a $150 premium to upgrade to more storage. You can’t upgrade more storage later without buying a new iPad so this is important.

Right out of the gate, don’t worry too much about the price per GB or resale value. Neither of these really matter in the long run. These are the only options for the iPad Air. The price per GB doesn’t matter much since you don’t have another option for cheaper storage upgrades. Resale value isn’t going to change much. For an option that is about $150 up front, you can expect $20 to $30 more when you sell it later.

Most users will be able to go with the 64GB storage option, but frequent travelers, power users and gamers may want to spend the extra $150 on the 256GB storage option. Here’s a closer look at what you need to think about and how much iPad Air storage you need.

How Much Storage Are You Using Now? 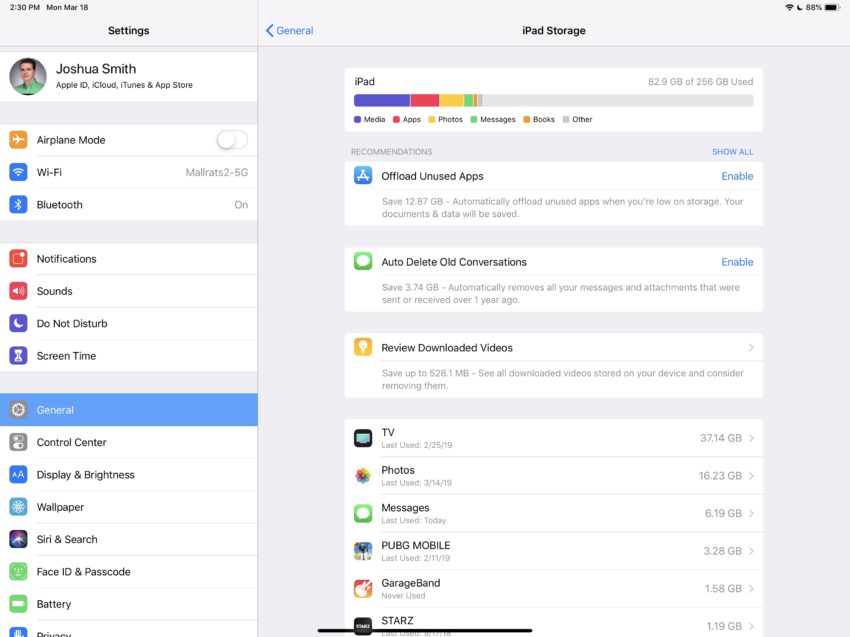 Check to see how much iPad Air storage you need.

This will show you how much storage you are currently using. As you can see I am using 82.9GB, which is more than the base model. but looking further down, almost half of that is the TV App, and I can save another 16GB by removing apps I don’t use and auto deleting old conversations.

Based on this screen I could go with either option if I simply change how I use my storage a bit, but there’s more to consider. If you are using less than 32GB of storage on your iPad now, the 64GB iPad Air is likely enough for you.

Buy the iPad Air at Apple

How Will You Use Your Storage? 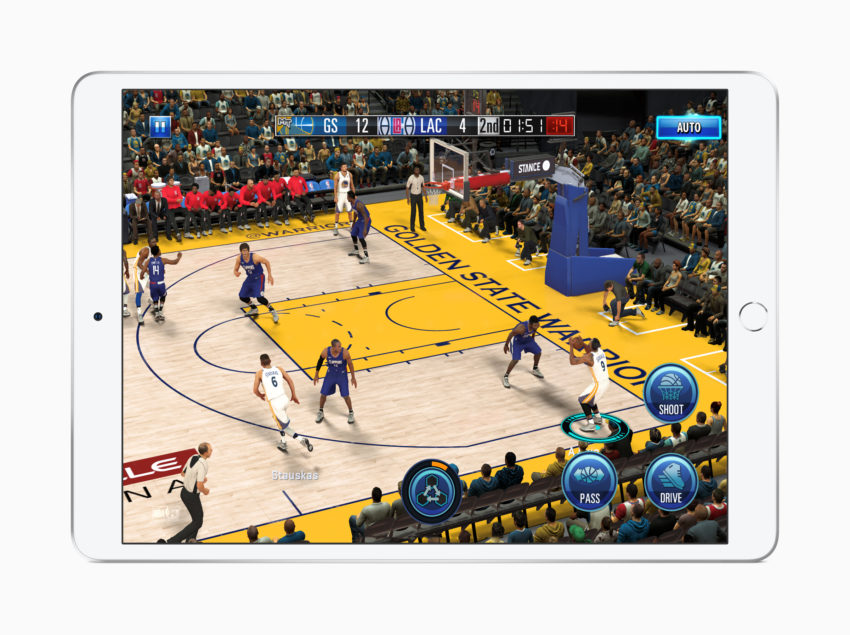 Do you need storage for movies and games?

The biggest factor once you know how much storage you are already using is how you will use the new iPad Air. If you travel all the time and want to download movies and TV shows in addition to keeping all your apps, games and photos local then it is a good idea to consider the 256GB iPad Air.

A 4K movie is 4-5.5GB, so if you download eight movies you’ll use up half of your storage or more. Games can take up a few hundred MB, or several GB, so they can quickly fill up the iPad. Some of the best offline games are perfect for the iPad since you can play in the car or on a plane without WiFi or LTE.

This is especially important if you want to edit 4K video that you shoot on your iPhone or a camera. The iPad Air is powerful enough for this, but you need enough storage for your footage and for the finished product.

If you plan on streaming most movies and music, playing a few games and not doing a ton of 4K video editing then 64GB is enough, but if you go offline for long periods or plan to edit a lot of 4K video on your iPad Air you should spend the extra money on the 256GB iPad Air.

Do You Want Local Storage or Cloud Storage?

Now that you know how much storage you are using, and how much you use with your new iPad Air, it’s time to think about if you want that storage local or in the cloud. The biggest thing to consider ties back into how you will use your storage, but it’s worth separating out into another section because ultimately you will pay for more storage one way or another.

If you want to stream everything instead of keeping it local, you may end up spending $130 on LTE and another $10 a month. That’s one potential cost to consider. It does come with the benefit of being able to use the Internet almost anywhere you go without the need for a hotspot.

While many users won’t use the iPad Air as their primary camera, it may be the place they edit photos and videos or where they show the videos and photos to other people. Decide if you want to be able to keep a lot of photos stored locally or if you would rather keep them in iCloud or Google Photos.

When my family went together to get my grandma a new iPad we bought the base storage and we pay 99 cents a month for 50GB of iCloud storage to hold all of her photos. It’s more affordable than buying more iPad storage and it also means that there is a backup of her photos in case something happens to the iPad.

Buy the iPad Air at Apple