The new Madden 16 features promise amazing upgrades to gameplay and to the realism in EA Sports’ new football game. In this highlight we’ll look at what’s new in Madden 16, with specific upgrades from Madden 15, fixes for complaints gamers lodged last year and exciting new additions to play.

Thanks to the exciting new Madden 16 gameplay videos that show off early versions of the game we now know a lot about what you can expect when you play the new Madden this fall. We don’t expect a Madden 16 demo, so this is as close as most gamers will get to the new features for the next several weeks.

In this early footage we don’t always see perfect execution of the new Madden 16 features, which is something we hope EA Sports will polish in the run up to release.

The Madden 16 release date arrives on August 25th for Xbox One, PS4, PS3 and Xbox 360. Xbox One owners with EA Access can play Madden 16 five days early. We are already seeing Madden 16 deals that cut the price to $38 with Gamers Club Unlocked and $49.99 for any buyer.

Here are the most interesting new Madden 16 features that you will be able to test out in August. 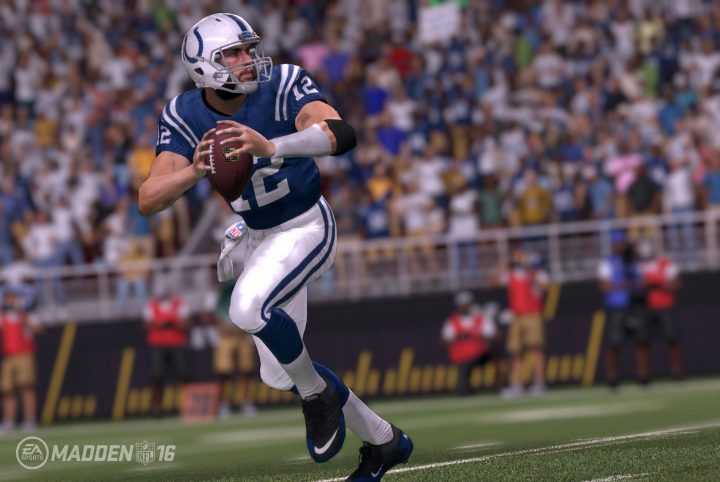 Quarterbacks get a major upgrade in Madden 16 with various new features and tweaks. The videos appear to show a more tuned QB inaccuracy rating in play with misses that make sense based on real life weaknesses.

The new body relative throw lets the player choose where to put a ball for the best chance at a catch. This can include a jump ball or a low ball that the receiver can reach, but defenders cannot. The touch pass is reworked so that a double tap of the receiver icon can place the ball between linebackers and safeties.

When playing against the computer a new Quarterback AI called Behavior Coordinator will tailor the play style to that quarterback for a realistic feel. There are also upgrades to play calling, pressure awareness and game management.

See the Best Players on the Field 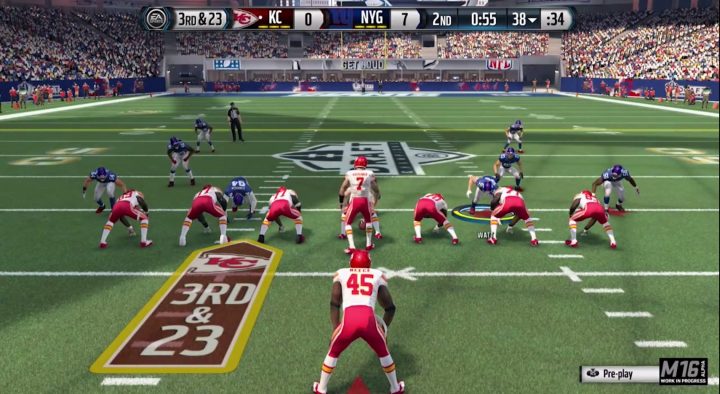 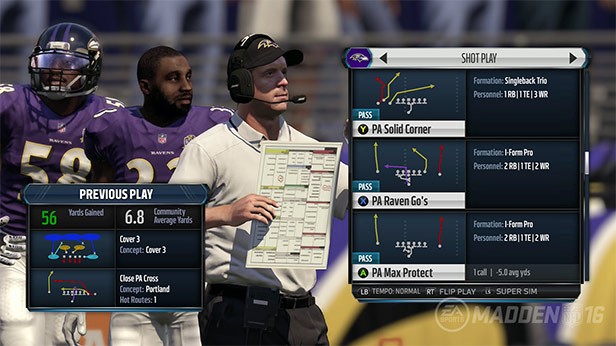 Pick a Shot play in the new Madden 16 playbook.

One new addition to the Madden 16 playbook is a Shot Play. Here you can choose to take a deep shot to a specific receiver so that you can connect on a long pass when you need it. When you are in the pre-snap you can also pull up the Coach Cam to see a better breakdown of the player matchups so you can see who has a better chance against their defender.