As part of Draft Champions, the new Fantasy Football inspired mode in Madden 16, you can end up with incredible mis-matches. This allows you to find a weak spot and hammer home with a big throw and an aggressive catch. A 90 rated receiver in a pack of 70 rated defenders gives the offense a clear advantage. 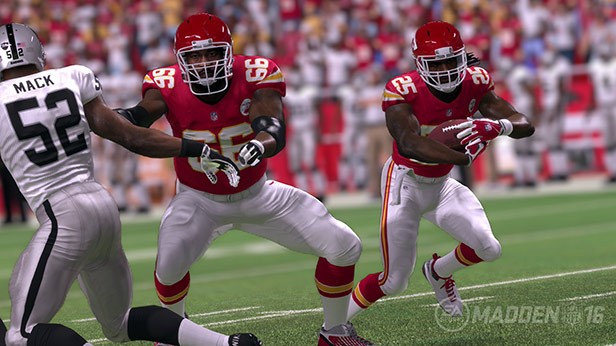 Key running upgrades add to the air supremacy that EA sports is talking up.

The Madden 16 running game gets a major upgrade with a variety of additions including new moves that give runners an advantage. You can Get Skinny by pressing RB to turn his body sideways to get through a small hole and a cut step juke behind the line to cutoff blocks. We also see upgraded blocking for Madden 16 and new handoffs times up to the blocks and ballcarrier locomotion for more realism.

New ball carrier logic delivers a better running game for the computer, with a new “hit the hole logic” that will force players to defend the run like never before. 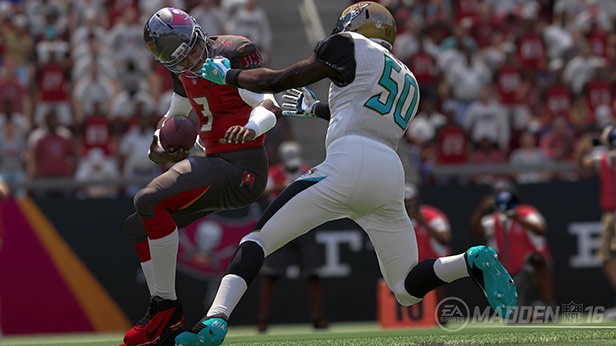 There are new Madden 16 penalties that add to the realism.

In Madden 16 don’t be surprised if you see more yellow flags as penalties fly faster and more often. The new Madden 16 penalties include;

The presentation for penalties also includes new replays that show the penalty taking place. EA Sports uses NFL data to put caps in place to prevent too many penalties. There are also players with a trait for penalties that will influence how often penalties are called.