Google Glass was the talk of San Francisco last week as geeks paraded around town with Google’s latest wearable computing eyepiece at the Google I/O conference, but is the rest of America ready to embrace this new form of technology? Google still has a hard task as it sets out to popularize Glass much in the same way that Apple showed that the iPad can still be as effective for most people as a desktop and an even better fit than Microsoft’s old Tablet PC of yore. So what does Google have to do to convince the nation–and even the world? Geeks like Robert Scoble embrace Glass already, and our editors Josh Smith and Xavier Lanier who were at I/O were eager to get their eyes fitted with one. Here are three groups of people Google will need to convince for Glass to take off. 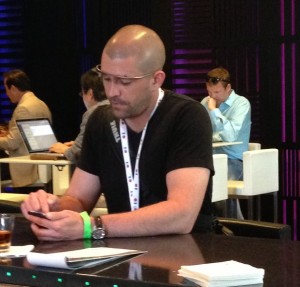 Glass user at a hotel bar in San Francisco, California for Google I/O 2013

Privacy and security are becoming hot topic issues with cyber-attacks, information theft, and the over-sharing of private and personal information on social networks. For Glass to be successful, Google must be able to show that the benefits of the technology outweighs any potential privacy and security risks. Regulators are already beginning to ask Google how it will handle all the information captured with Glass’ cameras and microphones and what impacts it will have on not just Glass owners, but the general population who must share the same space with Glass users who could be covertly video recording, photographing, or audio recording every interaction they have.

One of our editors noted that his wife would not want to be seen with him with Glass on when they’re out on the town. Though Glass has evolved in design to a geek-chic gadget we know of today in the developer-only Explorer Edition, it’s still no where near as trendy as it could be.

To do this, Google could perhaps pair up with a fashion house to create iconic fashion statement with technological function to them. Glass Armani Edition? Chanel Glass? Glass by Hugo Boss? Dior Google Edition?

Some smartphone brands have paired with popular fashion studios in the past, and given that Glass is always visible–versus a phone you stow in a purse or pocket–Glass will definitely benefit more from being chic, trendy, and fashion forward.

So, dear readers of GottaBeMobile, you and Google will need to convince your spouse and family and friends that your fashion piece of the day is not only useful, but isn’t weird, creepy, or just an ugly accoutrement strapped to your forehead that competes for glaring looks of disapproval from the public with your zit from your teenage years.

Even if Google gets the previous 2 groups on board with Glass, it will still need to convince non-Glass users and non-supporters in the public to drink its Koolaid. To the uneducated public, Glass owners are just perverts with cameras on their heads, perhaps lurking in restrooms or lockerrooms trying to not just steal a glance, but capture moments that are meant to be private. There’s a stigma with Glass that Google will need to overcome.

It’s not the first time that the public will be wary of new technology nor will it be the last time. When cell phones started sporting cameras, people became concerned that cell phone owners with cameras will be using these devices for evil–stealing corporate information, conducting espionage missions, or secretly capturing images of unsuspecting bystanders. Phone-makers had to create two versions of popular phones sold–one with camera and one without. Today, cameras on phones are the norm, and a lot has changed since then.

Google will need to show the public the benefits to Glass and how it will complement smartphones, replace phones, or is a superior experience all together.

The Chicken or the Egg

Which group(s) Google will need to convince first becomes a chicken or the egg dilemma. Does Glass need to become fashionable and chic before the public will accept it? Will public acceptance create the inertia required for spousal support of Glass? Or will the spouse’s acceptance lead to public tolerance of this newfound tool?

If you’re a reader of this site, and are a Google fan, likely you’re an evangelist for Glass in your home, family, or community. Whom have you convinced about Glass? Let us know in the comments or on Twitter.