The Acer Chromebook Tab 10 is the first Chrome OS tablet for education, which arrives as an iPad alternative that can quickly integrate into existing Chromebook installations.

Acer’s new Chrome OS tablet is designed specifically for students and the education market with support for multiple users, a large high-resolution display and a stylus for writing, drawing and using apps. 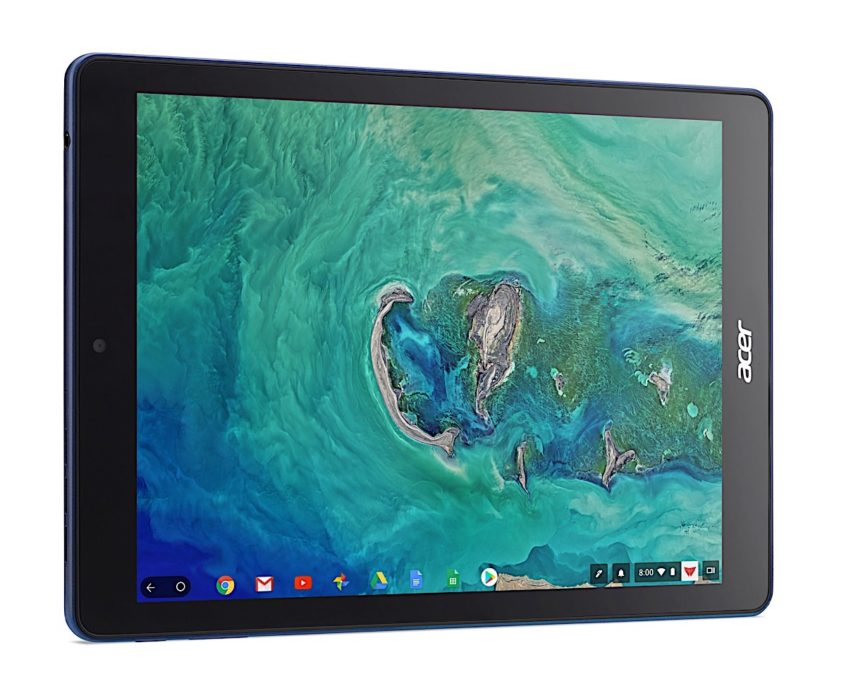 The first Chrome OS tablet for education arrives to take on the iPad in schools.

This Chrome OS tablet includes full access to the Google Play Store so students and teachers can download the best Android apps for education, collaboration and fun. The tablet will support AR (augmented reality) in the future with Expeditions AR to allow students to put 3D objects in the classroom.

At just over a pound and 0.39 inches thick, the Acer Chromebook Tab 10 fits the small hands of younger users. This is slightly thicker and heavier than the 9.7-inch iPad.

The Chromebook Tab 10 is designed with young users in mind.

The tablet comes standard with a Wacom EMR stylus that students can use for writing, drawing or simply using apps with greater accuracy. The stylus docks in the tablet and doesn’t need a separate battery. Acer says that it is resistant to drops.

Designed with all day use at school and home in mind the Chromebook Tab 10 is rated for 9 hours of battery life and can charge in labs and carts using the USB C port. 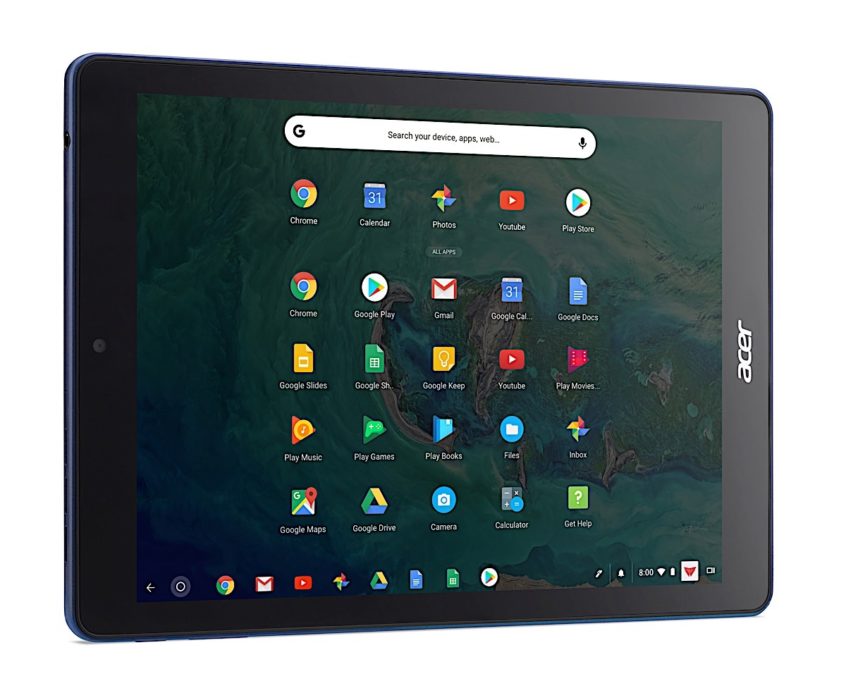 Students get full access to the Google Play Store.

The Acer Chromebook Tab 10 is powered by an OP1 Processor which uses dual-core Cortex-A72 and quad-core Cortex-A53 processors alongside 4GB of RAM. The device comes with 32GB of on board storage. The tablet supports 802.11ac WiFi, Bluetooth and comes with a headphone jack and Micro SD card.

School IT staff can manage the Chromebook Tab 10 like any other Chrome OS device. This simplifies deployment and management into existing Chromebook classrooms.