The American Gods TV show is coming to Starz today, bringing the international best seller to your TV with a weird and amazing cinematics that look like they are ready to bring your favorite book to life.

You may already have an HBO Now subscription for Game of Thrones and other series, but you will need to subscribe to Starz to see American Gods as soon as the episodes arrive. 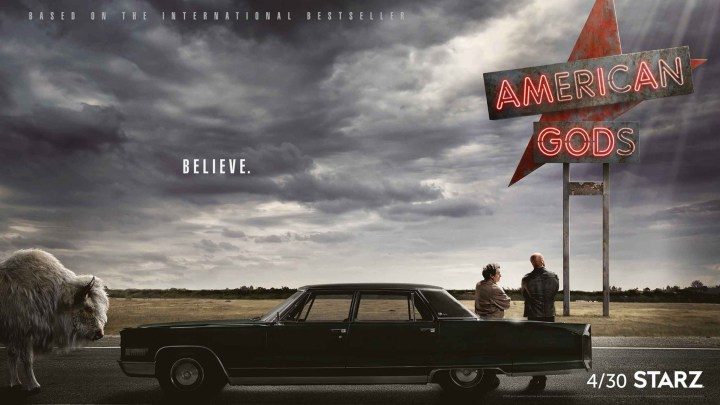 The American Gods TV show release date is April 30th on Starz. This is for the first season of the show and only for the first episode.

Unlike Netflix, which allows you to binge watch every episode at one time when a new series comes out you will only be able to watch one episode a week.

There are eight American Gods episodes in season one, running from April 30th to June 18th.

You can watch American Gods on TV and on the app at 9 PM Eastern on Sunday, April 30th.

Each additional episode will arrive on Sunday at 9 PM Eastern. These episodes arrive at 6 PM Pacific on the app, you may need to watch it later if you are watching on the TV.

The episodes arrive on Amazon Prime Video in the UK one day later, starting on May 1st.

You can watch the American Gods TV show on Starz on your TV or in the Starz app at the same time. You don’t need to wait for the episode to complete before you watch on the Starz app.

What is American Gods?

American Gods is an international best seller from Neil Gaiman that chronicles the struggles of the old gods and the new gods in America.

One of the main characters is Shadow, a recently released inmate who meets Mr. Wednesday on his trip home. Throughout the novel and now the TV show Shadow learns about the old gods and their struggle against the new gods.

How to Watch American Gods

With Starz, you can watch on live TV with a cable or satellite subscription. You can also watch on the Starz app that works on iPhone, Android, Xbox One and Xbox 360, Amazon Fire Stick, Roku and other devices.

In the UK, American Gods is coming to Amazon Prime Video, which is coming a day after it comes to Starz.

You can expect to see the seasons come to iTunes and other video stores after the original airing. There’s no news on the timing of that option. 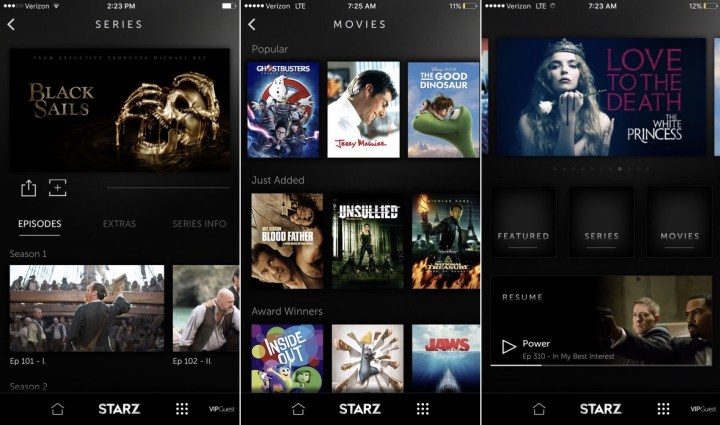 This is what you need to know about the Starz app.

You can subscribe to Starz with a free trial on the app or through Amazon Channels. With these options, you get seven days free, enough to see one episode, or a two if you wait a day to start your subscription until after the first episode is up.

If you want to go through your cable company, you can likely get a free month or two by calling and asking if there are any promotions. The odds are good that you can get a longer deal when you go through a cable company, but it’s also more expensive.

The Starz subscription is $8.99 through the app. If you go with your cable company, expect to pay $13.99 or similar.

Here’s a full rundown of what you need to know before you subscribe to Starz.

If you plan to watch American Gods right when the first episode goes live. We see this with every major watching event, including Game of Thrones and other popular shows.

You may want to wait until after the first night to watch if you don’t want to deal with any issues. If you run into any problems, you should check the StarzHelp Twitter account. Check out the Starz app FAQ for more troubleshooting.

Try restarting the Starz app and even switching from your WiFi to a cell phone connection if you have trouble streaming.

There are a lot of American Gods videos that introduce you to the characters, the story and show you more of what you can expect. Check out the character introductions below for a better look at who you will see in the show.

This is a playlist of the latest American Gods videos, and it is spoiler free. You can see a collection of the official videos above.