It’s still early for an Apple Black Friday 2014 ad, but if you had any doubts that Apple is doing something special you can put them to rest. 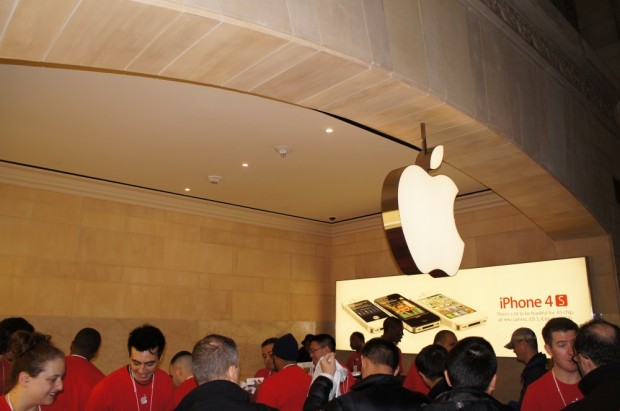 Apple Black Friday 2014 deals will vary between the Apple Store and retailers.

We’re still waiting to hear exactly what the Apple Black Friday deals are for 2014. Last year Apple took a page from retailers like Walmart and Target, offering gift cards instead of straight up discounts on popular Apple products. Many of the best Apple Black Friday deals are from third-party retailers that offer discounts on the iPhone 6 and already offer up to $140 off the new iPad Air 2.

Here’s a look at the 2014 Apple Black Friday deals you can expect. This assumes Apple sticks to the same plan as last year, similar to what we see through third-party retailers.

You can also expect to see a lot of deals on accessories and the Apple TV. This year we may see Apple join in with a lot of Beats headphone Black Friday deals. The company purchased Beats headphones earlier this year and continues to sell them in Apple Stores and feature them prominently online.

Read: Is Black Friday the Best time to buy an iPhone?

If you want an iPhone 6 Black Friday deal you’ll need to go to Walmart or Target, or to Best Buy with a trade-in. Apple typically doesn’t feature iPhone deals on Black Friday. You can see a collection of iPhone deals below.

Many of the best Apple Black Friday deals for 2014 will come from retailers like Walmart who offers the iPad mini for $249 before an $80 gift card and promises it available for purchase to shoppers who are in the right line between 6-7PM on Thanksgiving Day Target chops $140 off the new iPad Air 2 and $100 off many other models with a gift card offer.