Battlefield 5 went through extensive testing, but bugs and performance issues have slipped into the final release for Xbox One, PS4, and Windows PC.

The Battlefield 5 beta and DICE’s own internal testing wiped out a ton of potential issues, but we’re starting to see and hear complaints about the issues plaguing the latest installment in the long-running Battlefield series.

EA itself has also acknowledged a variety of issues with the game and the developer is hard at working trying to fix some of these initial problems.

We expect DICE to roll out several bug fix updates after the game’s final release date later this month, but some problems you can fix on your own.

In this guide we’ll show you how to fix some of the the most common Battlefield 5 problems while you wait for DICE to deliver a fresh round of bug fixes.

If Battlefield 5 suddenly stops working there’s a chance the issue is related to EA’s servers.

If the game stops working you’ll want to check a few places and see if the issues are related to you or if they’re widespread amongst Battlefield 5 players.

The first place to check is DownDetector. DownDetector lets you to see if EA’s servers are running normally. Check the comments from other players to see if there’s a widespread outage.

You can also check EA’s Battlefield 5 forum. EA will occasionally bring Battlefield 5’s servers down to implement new patches and hot fixes so there’s a chance the downtime is due to an update.

Battlefield 5 requires a significant chunk of space on your hard drive. The download is in and around 50GB for all three platforms.

Now that the pre-load is live we’re starting to hear about slow downloads and installation issues. These are extremely common and there’s a good chance you can fix them in a matter of minutes

If you’re experiencing slower than normal download speeds, try plugging your ethernet cable directly into your PC, Xbox One or PlayStation 4. This could speed up the download if your router is far away from your machine.

You can also try pausing the download and starting it again. This has worked for us numerous times in the past and it’s a quick way to jumpstart the download.

For more advice on the Battlefield 5 download, head on over to Microsoft, Sony or EA. 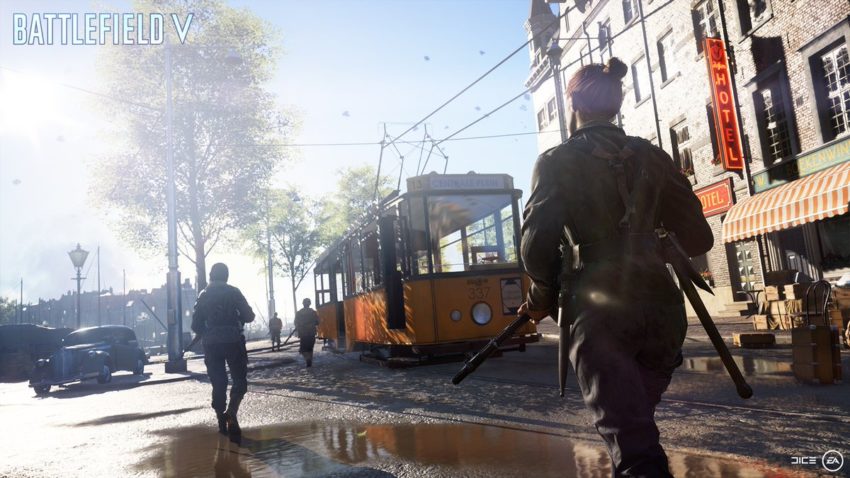 If you’re having trouble installing Battlefield 5 on your Xbox One, PlayStation 4, or Windows PC, here are a few things you can do.

If you’re installingBattlefield 5 on the PS4 you’ll want to open your Notifications from the main PlayStation menu. Select Downloads and find the Battlefield 5 file you downloaded. Select Options and then select Install to initiate the process.

If you’re installing the game on an Xbox One, you’ll need to find the game file in your download history. From there select the Battlefield 5 file and select Install.

If your installation freezes and/or continues to fail, your game files might be corrupt. If you think this might be the case, you’ll have to delete all of the files associated with the game and try the download and installation again.

If you’re having issues retrieving the bonus items that come with the Deluxe version of the game, there are a few solutions you can try.

First, try restarting the game and checking your Armory for the missing items. If they still aren’t there, make sure you’re looking in the right place for the content.

If they still aren’t there, you’ll need to get in contact with EA DICE and let them know you’re missing the bonus items you paid for.

If you’re missing Alpha/Beta dog tags or emblems, know that DICE is working on a fix and your items should appear in the near future.

Connection issues are extremely common at launch and they can be rather difficult to fix. That said, here are a few things to try if you’re having issues connecting to a game

First, make sure you have an active Xbox Live Gold or PlayStation Plus account. You need one of these memberships to play Battlefield 5 online.

If you are having issues joining game from the social screen with a full squad, you’ll need to join matches through the Advanced Search screen. DICE is working on a fix for this. 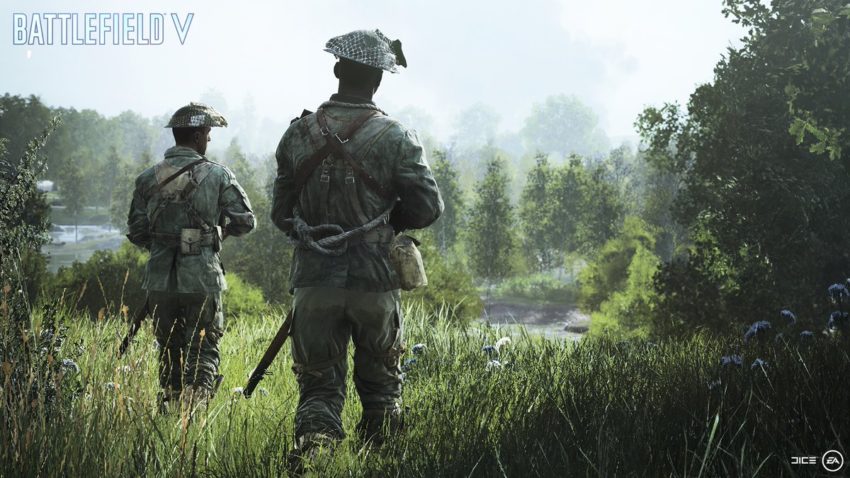 If you suddenly get disconnected from a server and you’re playing Battlefield 5 on a Windows PC, make sure you’re still signed into EA Origin. If you aren’t, sign in to continue to playing online.

If you’re playing the game on an Xbox One, a PlayStation 4 or on a PC that’s logged into Origin, take a look at EA’s exhaustive guide to repairing connection issues.

If your character is stuttering or rubber banding, and you’re playing the game on Windows PC, check to make sure your graphics card supports DirectX 11.1.

If you’re running the latest version of DirectX try turning Direct X 12 off in the Advanced Video settings of the game. Restart the game and see if the stuttering goes away.

You can also try performing a clean install of your graphics drivers.

If you’re suddenly having issues connecting to a game, hearing friends in party chat, or partying up with friends, here’s what you should do.

First, you’ll want to try restarting your router. Unplug your router, leave it off for a minute, and plug it back in. Try playing the game.

If that doesn’t help, you’ll want to check your system’s NAT settings. If you’re using a strict NAT type, you might encounter networking issues including problems partying up with friends. Using an Open NAT type should remedy these issues.

If you’re playing Battlefield 5 on a PC there’s a chance your local security software might be blocking Origin, or the game itself, from connecting properly. If you’re using security software on your PC, make sure both Origin and the game have the proper permissions.

If you’re unable to find a server or a game when your console is coming out of a resting state, reset your console and try finding a game.

If you’re playing the game on PC and you’re noticing issues with your graphics, here are a few things to try.

If you’re using a dual graphics card setup on your Windows PC, try disabling one of them. You can do that using the Windows Device Manager.

If none of those fixes help, try lowering the graphics settings in your game. This could help smooth out the game’s performance. As a reminder, here are the minimum and recommended Battlefield 5 PC requirements:

If your game continually black screens, here’s what you should do.

If you recently updated your PC’s operating system, try reinstalling Origin before installing, or re-installing, Battlefield 5 on your device.

If your game suddenly locks up or freezes, you’ll want to restart your PC, Xbox One, or PlayStation 4.

We recommend shutting your console down and unplugging it to clear the cache. Keep it unplugged for a minute, plug it back in, and try the game again.

If you start noticing issues the game’s sound on your PS4, PC, or Xbox One, try minimizing to the dashboard/desktop on your system and re-entering the game. This solution has worked for us in the past.

If you’re running into sound issues on your PC you’ll also want to make sure your audio drivers are current.

If you’re playing Battlefield 5 on a PC and your game starts to flicker, download the latest drivers for your graphics card.