These are the best Android phones under $300 available right now. Smartphones continue to get more and more expensive, but those high-price devices aren’t your only option. If you don’t have a bunch of cash to spend on the latest Galaxy S20 try one of these instead. Budget Android phones that don’t cost an arm and a leg.

Buyers no longer want to pay top dollar or sign a 2-year contract. Instead, they’re looking for great phones that are affordable. And lately, manufacturers have focused on delivering exactly that.

If you’re like a lot of people looking for a cheaper route, or simply don’t need to spend a bunch, these are the phones to consider. 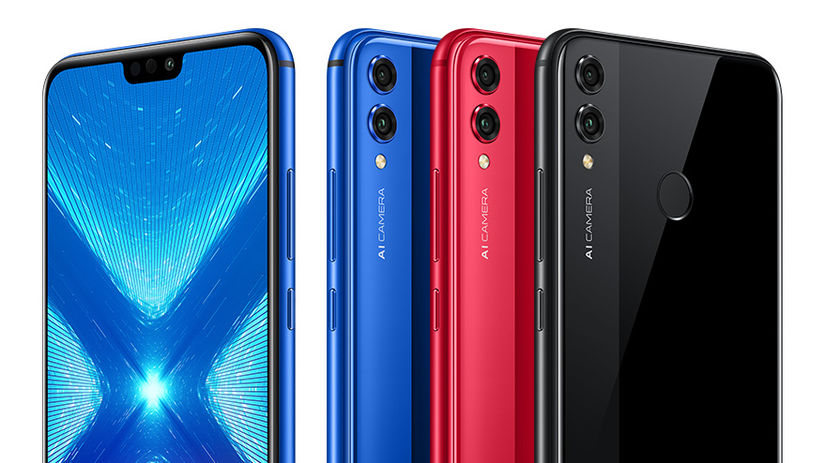 These phones all cost under $300 but are still good enough to recommend. No, you won’t get a huge curved display like the Galaxy Note 10+, but you can come close. They also look good and get software updates, which is important. Basically, these phones are a lot better than you’d expect and still deliver a great experience. 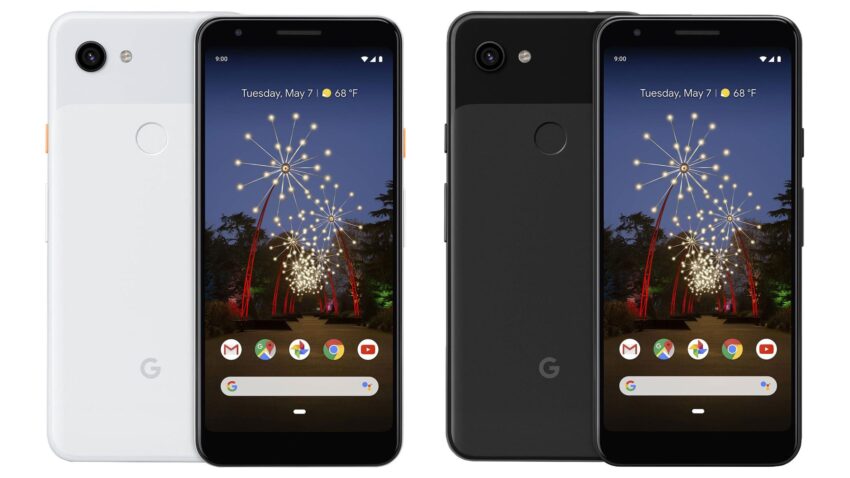 One of the best budget phones from the last year is Google’s Pixel 3a and the bigger Pixel 3a XL. Google took everything great from its flagship phone like the screen, camera, and software, and put it in an affordable phone. It’s the opposite of most cheap phones that have budget screens and a poor camera.

In fact, the Pixel 3a is one of the best phones you can buy, in our opinion, and now it’s only $299 making it one of the better options on this entire list. With the Pixel 3a you’re getting a clean, fast, stable Android 10 experience, fast software updates, and all the software and camera features that make Pixel phones great. It’s also made of plastic, not glass, so it’s very durable. Google’s Pixel 3a is unlocked and works on basically every carrier, and they have a new Pixel 4a on the way too. 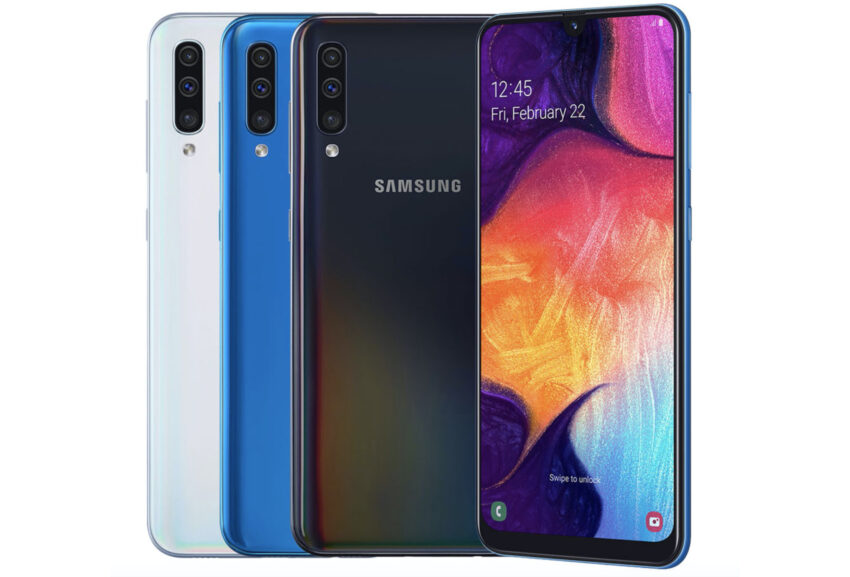 Motorola has dominated the budget Android phones market for years, but recently we’ve started seeing great cheap phones from Samsung and Nokia. If you only have $300 the best phone to buy is the Samsung Galaxy A50, which came out near the end of the summer in 2019. It’s as close to a high-end flagship Galaxy S10 as you’re going to get without breaking the bank.

The first thing you’ll notice is the big, beautiful 6.4-inch HD AMOLED display and triple rear cameras. There’s a tiny notch in the screen for the front-facing camera, then three powerful cameras on the back. Those being a 25MP main camera, 8MP wide-angle, and a depth-sensing third camera. If you watch a lot of movies or play games, this is a great option thanks to that screen and a large 4,000 mAh battery. It also has 64GB of storage and a microSD slot, too.

Another thing we really like about Samsung’s A50 is that you can use it with just about every US carrier — including AT&T, T-Mobile, Sprint and Verizon. If you can swing it though, we recommend the now discounted Galaxy S10e. 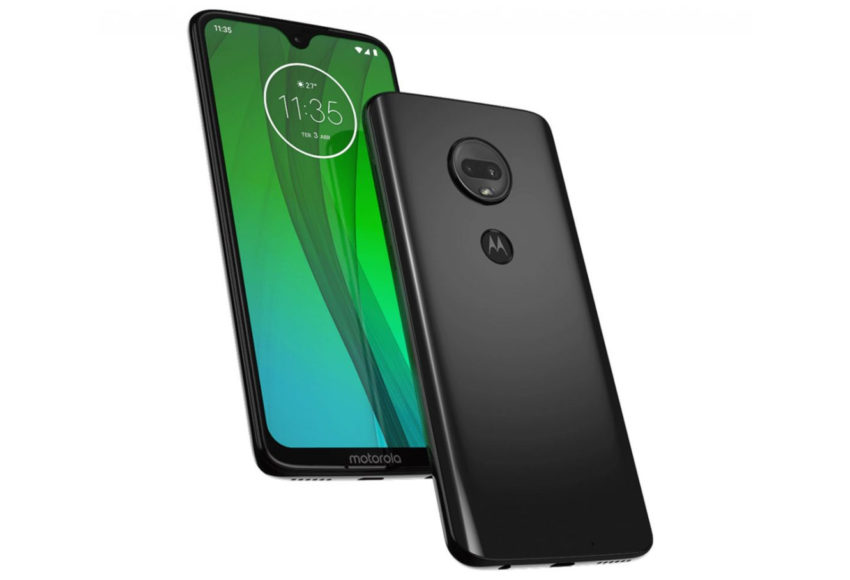 While there are several great Android phones for under $300, in our opinion the Moto G7 is one of your best bets. It’s a great all-around phone with almost no compromises. Plus, you can get different variants of the G7 for nearly $200.

The Moto G7 has a big 6.2-inch Full HD display that looks great and has smaller bezels than the iPhone Xs. Including a TINY water-drop notch for the front camera. Then, the phone has a brushed metal finish that looks and feels good. It looks like a Galaxy S10 on the back, except for that big round camera lens. You’re getting a decent 8-core Qualcomm Snapdragon processor, 4GB of RAM, 64GB of storage and DUAL 12MP cameras. For the price, this phone is hard to beat. The international version is even cheaper, too. 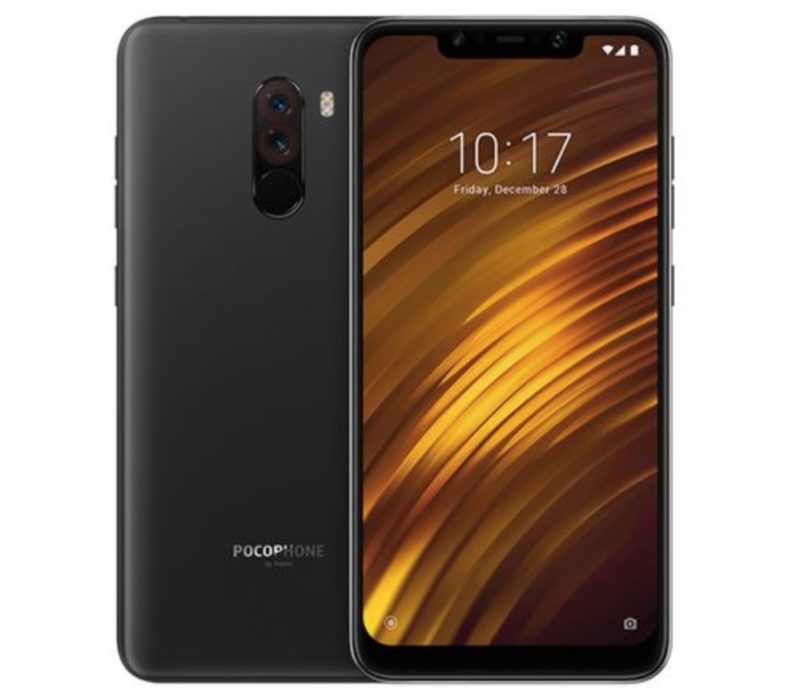 In 2019 a new king of budget phones emerged. That’s the Xiaomi Poco-F1, also known as the PocoFone. 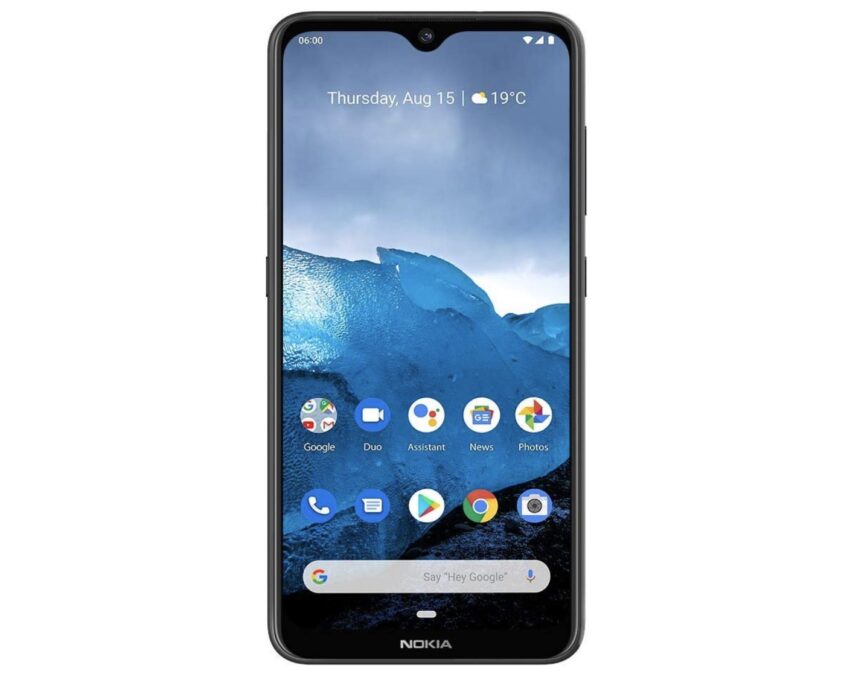 Nokia has slowly become one of the best budget Android phones. They make several devices in all shapes and sizes, and for under $300 the best one is probably the Nokia 6.2. The older model is the 4.1, 6.1 and 7.1, so make sure you get the Nokia 6.2 if this is the phone you decide on.

The Nokia 6.2 has a big 6.3-inch full 1080p HD bezel-free display, 64GB of storage, triple cameras and it already runs Android 10 thanks to the Android One program. Sold yet? That’s all you should really need to know. You get a 16MP main and 8MP ultra-wide camera setup, then a depth-sensing camera everyone is using these days. We also like that there’s a microSD slot for storage expansion. The 3,500 mah battery isn’t as big as a few others on our list but this device is cheaper, too. And yes, it works on all GSM carriers in the US like T-Mobile and AT&T. 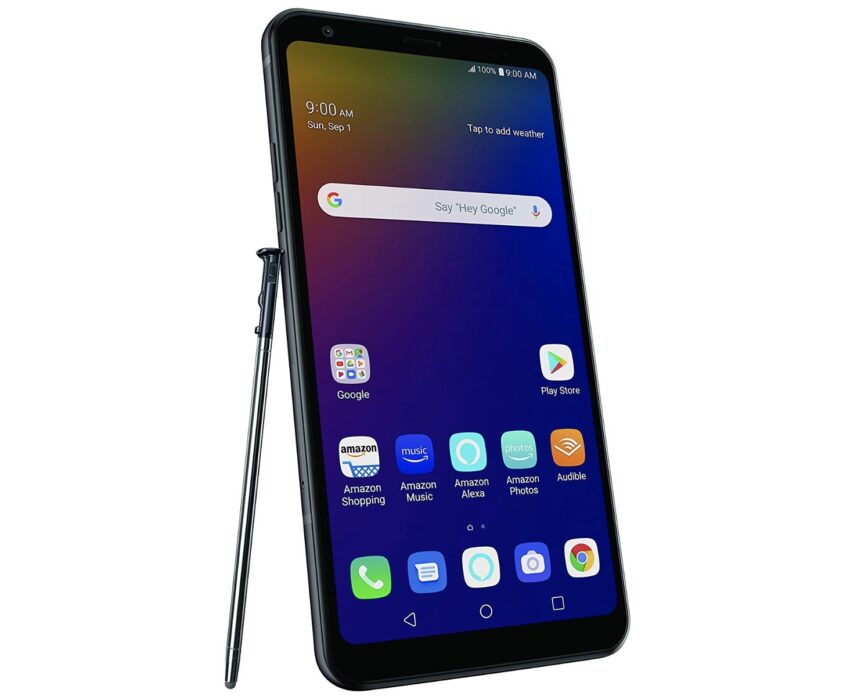 $199 at Amazon or Boost Mobile

LG still makes some pretty great budget phones and those include the LG Q7 and the newer LG Stylo 5. It’s basically a poor man’s Galaxy Note 10. With the LG Stylo 5, you’re getting a big 6.25-inch Full HD display and a built-in stylus — which is basically all that makes this better than a few others on our list.

This phone has a powerful Snapdragon processor, 3GB of RAM, 64GB of storage, and microSD support up to 2TB. And while you only get a single 13MP rear camera it does have a physical fingerprint scanner button, the stylus, and Amazon Alexa built-in.

Honor continues to make excellent phones that look like they should cost $900 but really cost much less. And while they’re owned by Huawei, which has some history with the US government, the Honor 8x is a great choice for those looking to save money on their next phone purchase.

Just like the Honor 6x, and 7x which were on our previous lists, Huawei’s latest phone is the Honor 8x. It packs a beautiful 6.5-inch bezel-free screen with a notch smaller than most and powerful specs all for $250. You’re getting a 1080p full HD display, Android 10, dual powerful cameras on the back, and a premium metal and glass design. Nothing about this phone looks and feels like it’s this cheap. 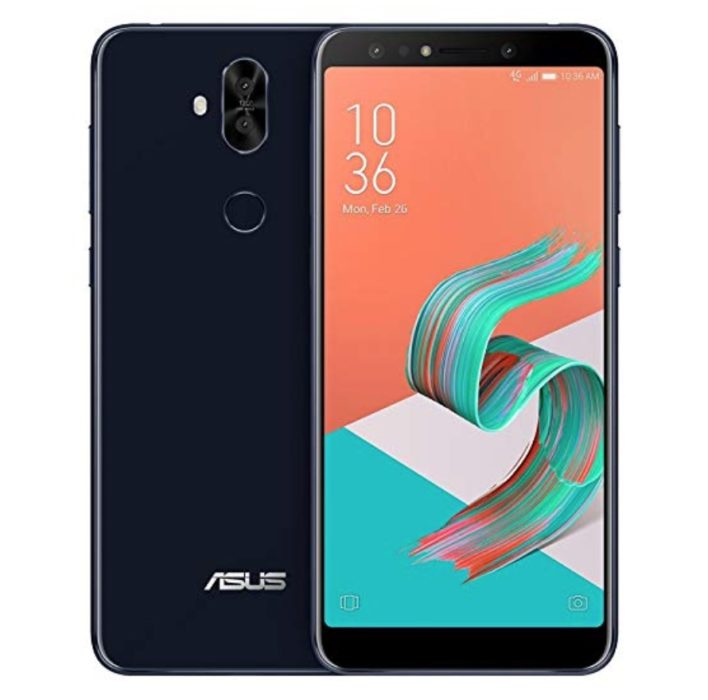 On previous cheap phone roundups we always had ASUS ZenFone models, but lately, they’ve become hard to find. The latest ZenFone 5Q is still available and it’s actually pretty great for the price.

What you need to know is that this phone has a 6-inch 1080p HD display, an 8-core Qualcomm Snapdragon 630 processor with 4GB of RAM and 64GB of storage. You’re also getting dual 16MP rear cameras, a fingerprint scanner, 20MP camera on the front and Android 9 Pie. We’re not sure if it’ll get an update to Android 10 and the battery is only 3,300 mAh but it sure looks nice. 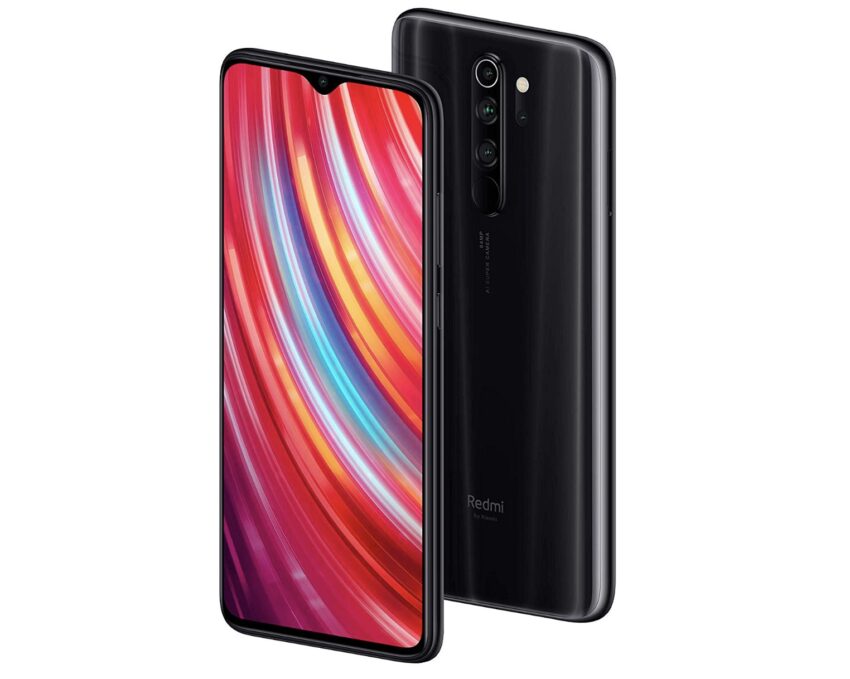 Last but certainly not least is the RedMi Note 8 Pro, which probably could have been first on our list but isn’t because it’s not the best option for those in the United States. It’s a great phone, but you should probably stick to Samsung or Nokia for US carriers. Released near the end of 2019 this thing delivers everything you’d want from a high-end smartphone (on the front and the back) yet stays under $300.

You’re getting a huge Samsung-style 6.5-inch AMOLED HD display that looks amazing and has a tiny little teardrop notch for the front-facing camera. There are almost no bezels anywhere, which means it’s not that big physically either and will be a joy to use. Then, around back, you’ll quickly notice a Quad-Camera setup. Yes, this has four rear cameras like the new Galaxy S20.

The Redmi Note 8 Pro has a 64MP main camera, an 8MP ultra-wide lens, a macro telephoto zoom lens and one more for depth-sensing. It’s packing quite a bit in that sleek package, including 6GB of RAM and 64GB of storage. Then, there’s a 4,500 mAh battery to power that big screen and quad cameras. We wish it played better with US carriers, but it just doesn’t. International users will love this.

As you can see, a few hundred dollars gets you way more than it did just a few years ago. You can get highly capable devices with in-display fingerprint sensors and beautiful edge-to-edge screens like the latest $1,000 Samsung Galaxy or iPhone.

In closing, you’ll be happy with any of these phones. And while everything on our list is worth checking out, to keep things short and sweet we recommend starting with the Pixel, Galaxy or a cheap Moto phone. Then, we’ll continue adding the best cheap Android phones that come out in 2020 to this list so stay tuned.