The best Black Ops 3 guns are hotly debated, and it ultimately comes down to your skill level and style of play. With many Black Ops 3 updates the usefulness of many guns is different from the first match we played.

Here is a look at the best Black Ops 3 guns that you can choose, and advice on how to load them up based on how you play the game. Picking the right Black Ops 3 gun and attachments can mean the difference between an insanely fun game and frustration after frustration.

If you ask three players what the best Call of Duty: Black Ops 3 gun is you will get four answers because it is a very subjective call.

Until February 2016 the Vesper was a force at range and even tougher close up. The Vesper nerf adds recoil and reduces the hip-fire accuracy. This turns the Vesper into a pretty horrible weapon, so you need to look for a new gun. 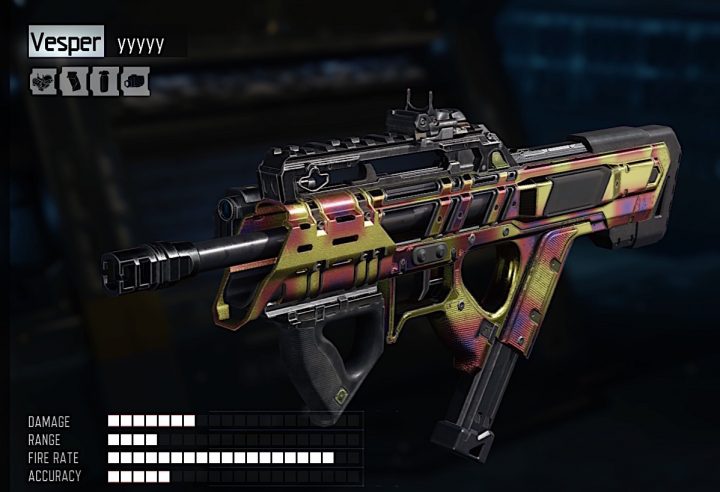 Here are the best Black Ops 3 guns you can use in multiplayer.

Here’s a look at the best Black Ops 3 guns you can choose based on your level, and then a deeper look at the important stats and attachments that you need to try. With the right attachments you can add

When you are a Call of Duty: Black Ops 3 beginner you cannot choose every weapon. To earn new weapons you need to level up and you need to unlock weapons.

Until you can unlock other weapons, that are arguably better, these are the 5 best Call of Duty: Black Ops 3 weapons for beginners.

It’s a good idea to create a variety of classes with these weapons so that you can try some of the various weapons in a single game by changing classes if you can’t get kills with the weapon you started with. 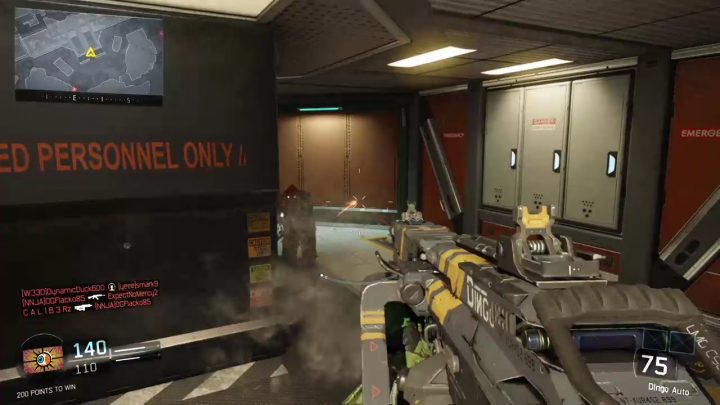 Try Gun Game for a variety of Black Ops 3 weapons in a single game.

After playing Call of Duty: Black Ops 3 for a month we are seeing a lot of players gravitate towards three classes of weapons; SMG, AR and Shotguns. Yes, there are snipers and there are some players running around with LMGs, but for the most part these are the guns that fit into Kill Confirmed and other game modes. If you want to try a variety of Black Ops 3 weapons in one go, try Gun Game under the Bonus section and you will progress through a variety of weapons.

What is the best Black Ops 3 SMG after the February Black Ops 3 update? Based on our testing and what we’ve heard from other players the Kuda is a great weapon to go back to.

As a bonus, this is the first SMG you have access to. The iron sights are very good and with a few accessories you can dominate in many situations. Quickdraw, Grip, Extended mags and Laser sights are all great options to add.

You can also rely on the VMP and the Weevil, but the Kuda is currently the best SMG in Black Ops 3.

At this stage the M8A7 is the best Black Ops 3 AR. The gun delivers lots of damage, it fires fast four round bursts and it’s a force to be reckoned with.

You will want to upgrade from the iron sights if you use this weapon. The downside is that you need to reach level 55 before you can unlock it.

If you have yet to reach this level, we suggest the Man-O-War which is a very lethal weapon in the game.

You will likely want some kind of optic to find the target and to keep the target while dealing with vertical recoil. The damage at long range is very impressive and I am using it with the Vesper in my main class for kill confirmed. This uses up a lot of slots, but when you combine an incredible SMG and the Man-O-War you are situated for most encounters. the biggest downside to this weapon is the slow rate of fire. If you need to clear a room at close quarters, you may want to start firing before you clear the door.

There are changes to how shotguns work in this new Call of Duty game, with a standard amount of damage for hitting a player at all, and bonus damage for each pellet that hits. When you aim down sights you will get a tighter spread, and laser sights help out as well.

The Argus is the best Black Ops 3 shotgun right now. The video at the top of this section shows the incredible grouping you get when you aim down sight. The range is incredible and the damage is almost obscene. This is something that may be changed in a future Black Ops 3 update. Watch the video above to learn about the attachments and classes that can take this weapon to the next level.

There are two potential best Black Ops 3 sniper rifles to consider. There is the standard sniper rifle with a single shot and a charged up burst sniper rifle that may appeal to other users.

The SVG-100 is arguable the best option here with a quick ADS that allows you to quickly acquire a target and take them out. In the video above you can see how this can enable AR style game play where you are out in the open, rather than hiding in a corner with a sniper.

If you want to shoot a burst, you can use the P-06, which will charge up to shoot a three round burst. It requires a new style of play.

The Gorgon is a powerful LMG that can deliver two shot kills from across the map. It takes some getting used to, with a slow rate of fire and slow tracking as you adjust the aim. But, is it the best LMG in Black Ops 3?

This honor actually goes to the BRM, but some users think the Dingo is a better LMG. In the video above you can see what the BRM can do in the hands of a skilled player. You’ll also get his class setup, which can help you with getting started.