We want to walk you through what you get with the Season Pass now that we know most of what it includes, the Black Ops 3 DLC release schedule and the Season Pass value as a whole.

The Call of Duty: Black Ops 3 Season Pass is a $50 add-on for the Xbox One, PS4 and PC that adds four packs of maps and upgraded zombies experiences to the latest Call of Duty Game.

With this information you can weigh the pros and cons of paying $14.99 for an individual DLC map pack or $50 for a Season Pass. 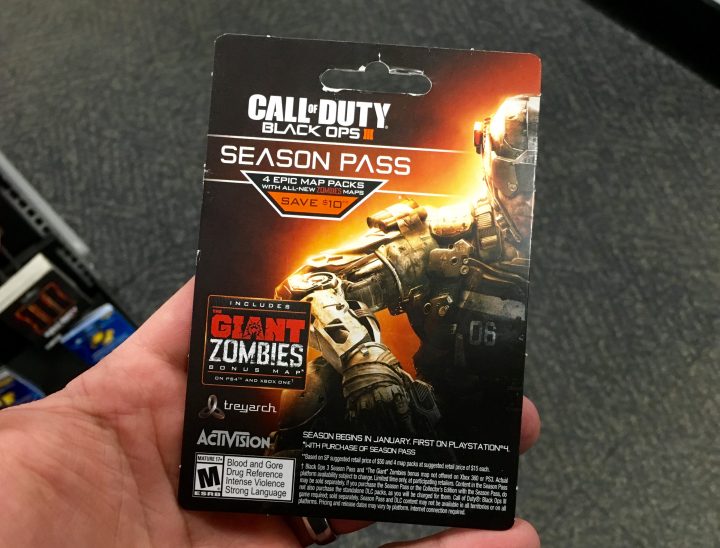 We’ve already purchased the new Black Ops 3 Season Pass so that we can deliver tips, a Descent DLC review and help address any problems.

With a $50 price tag, that pushes the total investment in the game to $90, not everyone is ready to buy the Season Pass, when it is essentially the cost of another game. If you have a limited gaming budget or are cautious about buying new content for games read on for a further breakdown.

In addition to buying the Season Pass for $50 you can buy the Black Ops 3 Awakening DLC pack alone for $15 or the Eclipse DLC 2 map pack alone for $15. If you buy each map pack alone you will pay $60 for all of them, which is $10 more than a Season Pass, but it also gives you the opportunity to read reviews for each and have more control. However there is a downside to only buying some of the map packs.

Many retailers sell the Black Ops 3 Season Pass for $50. The Awakening Black Ops 3 DLC arrived in February and March and the Eclipse DLC 2 in April and May. The Black Ops 3 DLC 3 maps arrive in July and DLC 4 is likely slotted into a Septembter release.

Here are six reasons you should buy the Call of Duty: Black Ops 3 Awakening DLC, and three reasons to wait.