In this guide we share several helpful Brawl Stars tips and tricks for beginners that are just getting into the game. Whether you’re trying to get a feel for the 3v3 top-down shooting, figuring out who the best brawler is, or wondering which game mode to play we have you covered.

Brawl Stars is an ultra-competitive shooter game from Supercell, the developers behind Clash Royale and Clash of Clans.

With over 24 different Brawler characters to choose from, 7 game modes to unlock, and a lot going on between star tokens, trophies, skins, upgrades and brawl boxes, there’s a lot you’ll need to know. Here is some early advice, then scroll to the bottom for a big list of hot tips and tricks.

So far there are seven main game modes to play and the objective is different for each one. You’ll want to know about them ahead of time, in order for the best chance to win. Here are the first three you’ll enjoy, and are what beginners should focus on.

Gem Grab – The first mode is Gem Grab, and your team goal is to get 10 gems before the other team. You battle it out on a tiny map and it’s not as easy as it sounds to run around with as many gems as you can hold. If you die, you drop all of your gems and the enemy team can gather them up. Be strategic. It’s fast, competitive, balanced, and frustrating when you drop a handful of gems. If you have a bunch, don’t rush the enemy, please.

Showdown – Next is showdown, which is basically battle royale mode. Instead of 3v3 it’s 10 brawlers all against each other, and the last brawler standing wins. Run around the map and get crates to power up and survive, shoot everything that moves, and watch out for the green gas circle that slowly surrounds you — like Fortnite.

Heist – A poplar mode is heist, mainly because it feels more like a MOBA-style game. It’s the traditional 3v3 mode where you must protect your safe at all times. While you’ll be fighting and shooting the enemy brawlers, the main goal is to try and damage the opponent’s safe in the back of the arena. It’s a short 2 minute and 30-second battle perfect for mobile gaming. 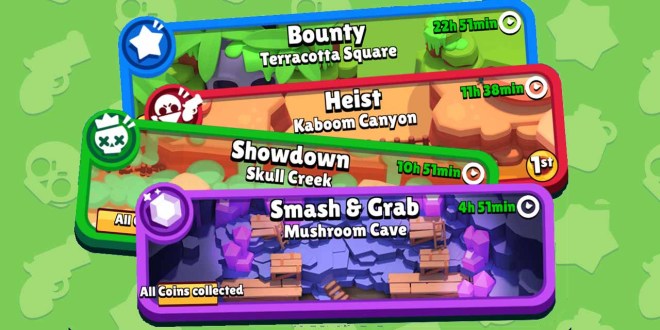 As you play, win and collect trophies or brawlers you’ll be able to unlock more game modes. Originally there was 3, then 5, and now seven different modes with more on the way in 2019.

Obviously, there are several Brawl Stars tips and tricks that will help you win. Especially considering there are around 24 brawlers to choose from and they all have unique abilities, weapons, stats, and mechanics. Since this is for beginners, here are five quick tricks to help you out.

These are pretty simple tips, but this is a beginner guide after all. Plus, we have even more tips at the bottom of this post.

And if you’re simply looking to get as many trophies as possible, as fast as possible, we have a tip for that too. Play Gem Grab with as many different brawlers as you have for about the first week. Rotate different brawlers every 2-3 games, and rack up the goods. The matches are short and sweet, there’s not a ton of strategy involved, and you can earn a ton of points and trophies relatively fast.

As a bonus tip, we recommend avoiding Showdown mode for at least the first few days. You’ll probably end up in 9th or 10th place and lose a lot of trophies. Get a feel for the game, mechanics, and shooting before you dive in head first. Plus, earn a few better brawlers before jumping into a Showdown and getting smoked.

For starters, save up your hard earned elixir and star tokens, as you’ll need as much as possible later to upgrade and improve your brawlers. Basically, be smart, and spend wisely. Then, follow all of the tips we’ve outlined below. 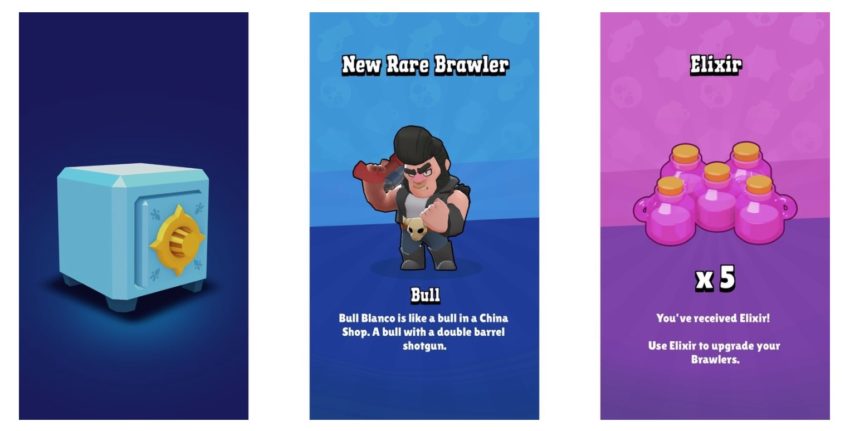 That’s it for now. Just a few quick details about the game modes, some info to get you started, then a big list of quick tips so you win as many battles as possible. Then, learn more over at the Brawl Stars Reddit page.