This guide will go over the just released May Clash of Clans update and everything that’s new. From the boat that lets players travel to the Builders Base Island, to new troops and buildings, this is what you need to know.

The update essentially gives players a second village to build, manage, and battle other players with. And while the update is frustrating or disappointing to some, it is one of the biggest changes yet.

On May 22nd Supercell updated Clash of Clans. There was a small set of balance changes to even out gameplay, but it’s the new Builders Base, island, troops, buildings and abilities that are important.

The update is available right now on the Apple and Google app stores. It’s worth noting that any Apple device running software older than iOS 7.0 cannot update to the latest version of Clash, as it is no longer supported by Supercell.

Everything is different in the second village. It’s powered by different gold and elixir, so players will need to manage money here too. Gems bought or collected with the new Gem collector work on both villages in the game.

Finally, a Gem Mine in Clash of Clans 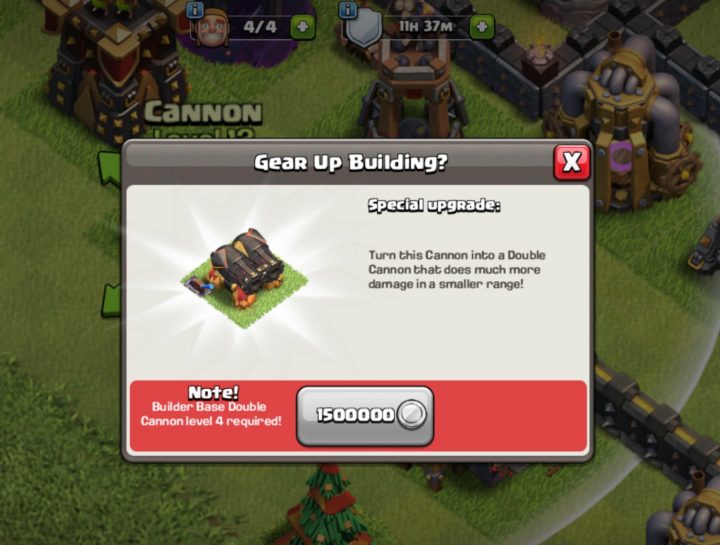 This new battle style lets you take on opponents in a head-to-head fight. Similar to Clan Wars, both competitors attack one another and the best attack wins the prize. Players do not lose resources on defense.

You can only earn gold or elixir from winning three versus battles per day. Then, you’ll need to spend nearly $2 in gems or battle only for trophies to climb the leaderboard. This is a big complaint during the first few days of the new update.

The Clash of Clans update also brings new game mechanics to the second village. Everything is easy to manage and use to keep things simple. Your base will never be attacked while you’re gone, as attacks only happen during versus battles. This means players won’t lose hundreds of thousands of dollars every day. Troops will be available for battle automatically too.

Right now, there are no spells in the new Builders Base, although some could be available at a later date.

Additionally, the “Gear-Up” upgrade for regular bases to have a stronger defense is only available when the builder isn’t doing upgrades at the second village. So keep this in mind as you play.

Essentially this update allows players to rebuild the boat in the corner of their village. It unlocks at Town Hall level 4 or higher. This then allows you to travel to another island across the sea. Once you arrive at the Builders Base you can start building a second village inside of Clash of Clans. 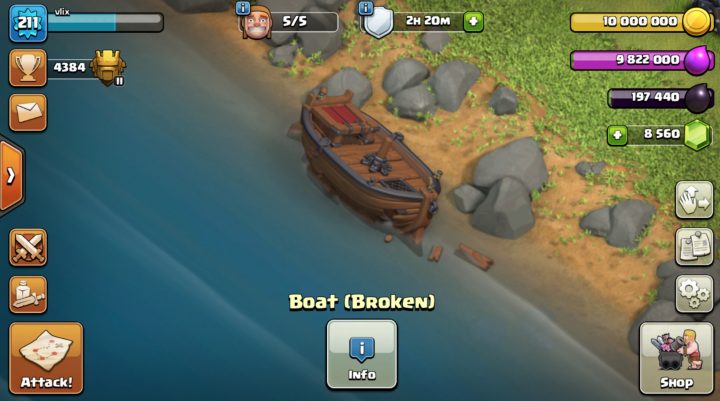 It feels like a Clash of Clans clone because that’s exactly what it is. Supercell has essentially added a second base to every user’s account. It’s a familiar yet different experience that may take some getting used to.

So far a lot of players are frustrated and disappointed by the update, as it didn’t really add anything new to the original game. It’s more of a mini-game inside of Clash of Clans. Gamers can expect this new village to change and improve over time. Try it today and let us know your thoughts in the comment section below.