We know a huge Clash of Clans Town Hall 12 update is coming this summer, likely in June, and the biggest secret is the new Electro Dragon troop. Supercell has been busy releasing teasers and Clash of Clans news all week, but a huge leak may have just revealed the next troop.

To kickoff the month Supercell confirmed Town Hall 12 was finally coming, and that this is the biggest update in over two years. Players will enjoy Siege Machines, new troop and building levels, name changes, base layout copy tools, and something special that starts with the letter “E”.

With each teaser and blog post this week the Clash of Clans developers have been hinting at something that starts with the letter “E”. In the last Town Hall 12 update sneak peek they said, “stay tuned for one more (electrifying) reveal tomorrow”.

Could the newest Clash of Clans troop and biggest change to Town Hall 12 be the Electro Dragon or Electric Dragon? 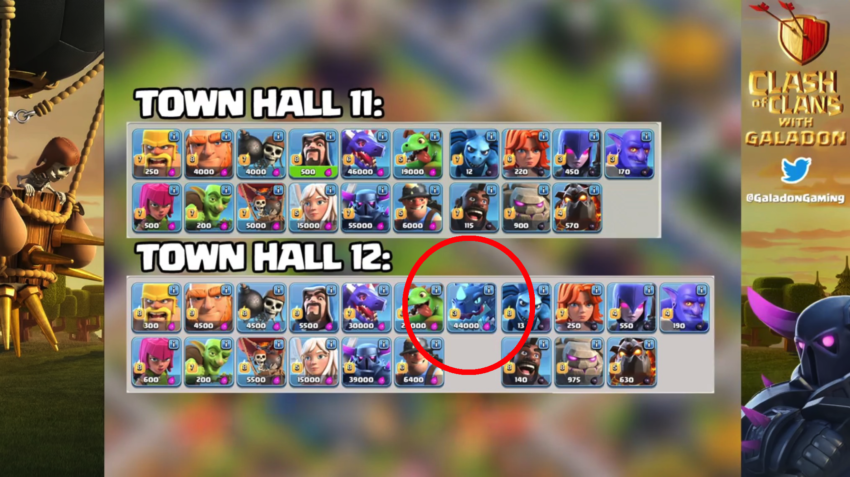 Popular YouTuber Galadon posted a huge Town Hall 12 and new troop levels video recently, and he revealed this troop ahead of the big announcement. He’s one of the main Clash of Clans YouTube stars and has an official developer version of the game. It’s safe to say what we’re seeing in the image above is real, and what’s being announced by Supercell.

This new blue dragon matches the blue electricity-charged Town Hall 12, and could really shake up the game. We’re assuming the Electro Dragon will directly take on the Giga Tesla that emerges from the top of Town Hall 12 buildings during battles. Here’s the full video from Galadon. You can see the new dragon around the 2:15 mark.

Considering this is one of the biggest updates yet, we knew something exciting was in the works. Supercell added the “Siege Workshop”, which is similar to the barracks. This new building will let players brew all-new Siege machine troops in Clash Royale. These are two brand new troops in the game, and the first new troop since the Miner and Bowler a few years ago.

So, we’re getting the Electro Dragon, Battle Blimp, and Wall Wrecker. Those are the three new troops that will complete the massive Town Hall 12 update. 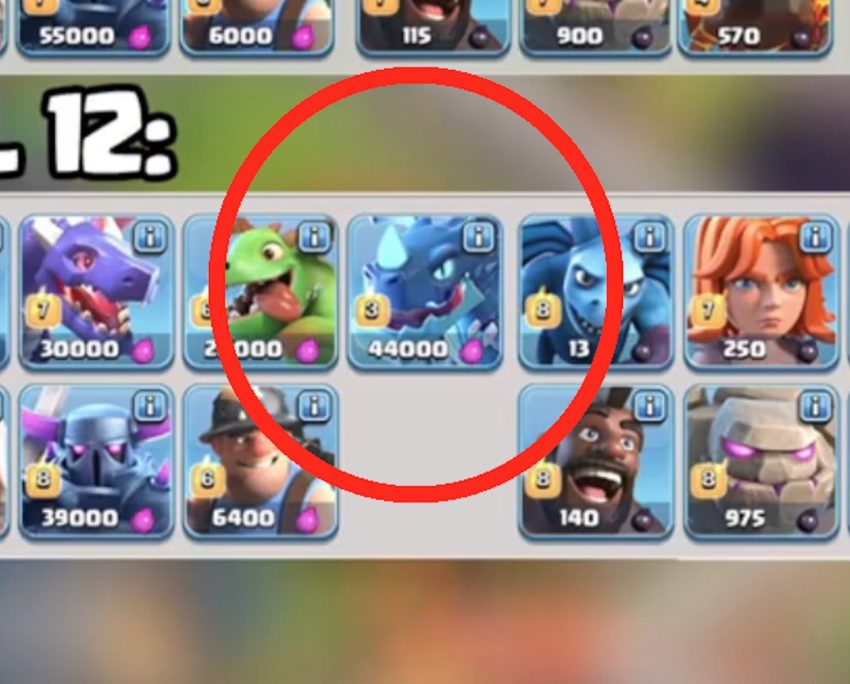 Those looking for more information can see our detailed Town Hall 12: Everything That’s New post. We go into detail about everything that’s changing, what to expect, and what you need to know as you prepare for battles and Clan Wars. 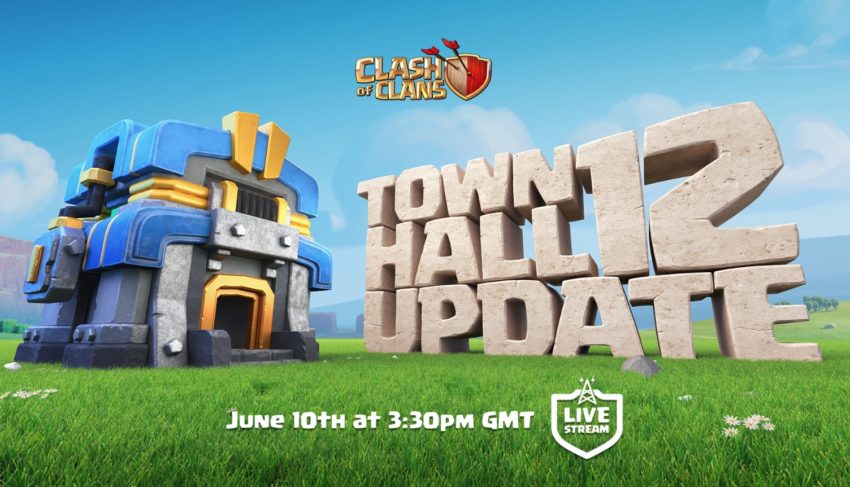 So when will the Clash of Clans Town Hall 12 (June Summer update) get released? Well, we’re not sure yet. The last set of “sneak peeks” will be on Friday, June 8th. That’s where we’ll learn about the exciting big secret, and hopefully an official release date. Going off previous updates, we could see it released to the Google Play Store and iTunes on Saturday, June 9th.

However, Supercell is hosting a big unveiling on June 10th at 3:30 GMT. This will be a gaming livestream and tournament that will showcase all the new changes in the Town Hall 12 update. So, we’re expecting the update to arrive either right before, or right after that livestream.

Let us know what you think about the Electro Dragon, Town Hall 12, and all these other changes in the comment section below.