After years of rumors, Supercell just released the massive Clash of Clans Town Hall 12 update. Following a week of teaser videos, blog posts, and more the TH12 is available now. With that in mind, this is everything players need to know about the update and the Town Hall 12 update release notes. Like changes to engineered bases, the new Giga Tesla, Siege Machines, a crazy Electro Dragon and more.

Each day in June Supercell has shared exciting Clash of Clans news or Town Hall 12 details. We have new info about the Siege workshop, June balance changes, war weight, and all the new building levels and upgrades in this Clash of Clans Summer June update.

Yes, Supercell just unleashed its biggest update in over two years, if not longer. The most exciting thing about Town Hall 12 is that it’ll fight back and help defend your village. Town Hall 12 is the first weaponized Clash Town Hall. Once engaged, the building turns into a new Giga Tesla loaded with firepower and electricity. To combat that, we’re getting a new Electro Dragon that will help destroy everything in its path. Not to mention dozens of changes we’ll detail below.

This is no longer a rumor, speculation, or something fans want to see happen. Town Hall 12 is 100% real, and available right now. Here’s the Town Hall 12 update video, then everything you need to know is detailed below.

First things first, the Clash of Clans Town Hall 12 update is available now. Supercell released its massive summer update on June 11th. Get it as we speak on iTunes or the Google Play Store.

There are far too many changes to mention in one post. However, we’ll highlight some of the most important changes in our bullet list below. Otherwise, click here and click here for more details, or read the full TH12 release notes. 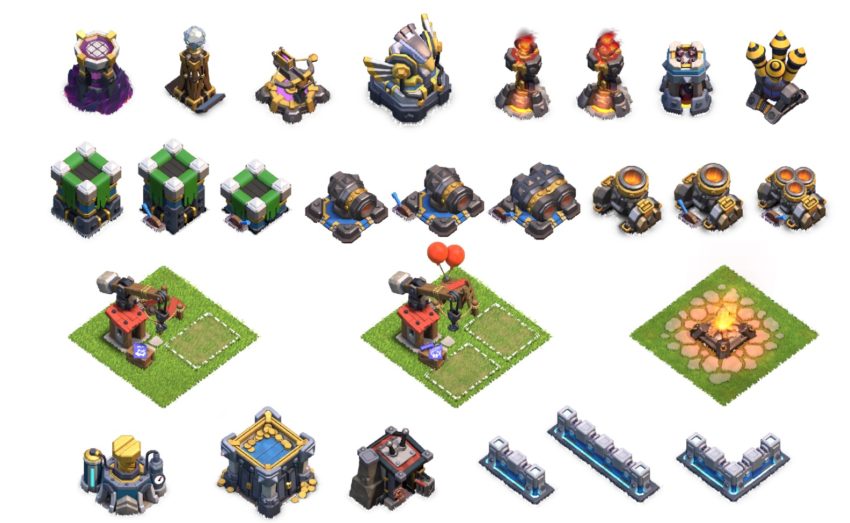 Can you see the new Siege Workshop in the photo above? Afer the first few big announcements, Supercell has address problems in the game, community complaints, fixed engineered bases, then added a new gameplay mechanic and the first new troop in over 2 years. Basically, this is a massive update through and through.

Siege Machines will completely change how players attack. You can brew a Battle Blimp or a Wall Wrecker, then put it in the clan castle. These two machines carry your troops, and you can deploy the Clan Castle siege troops when and where you want. The Battle Blimp and Wall Wrecker blast walls or fly over walls and go straight toward the Town Hall, or the Eagle.

These two new “tanks” will make a major difference in how players attack, strategize, and use Clan Castle troops. And remember, that’s on top of higher troop levels, more powerful spells, and the Electro Dragon. Only Town Hall 12 can get the Siege Machines, but they can donate them to Clan members TH6 and above. 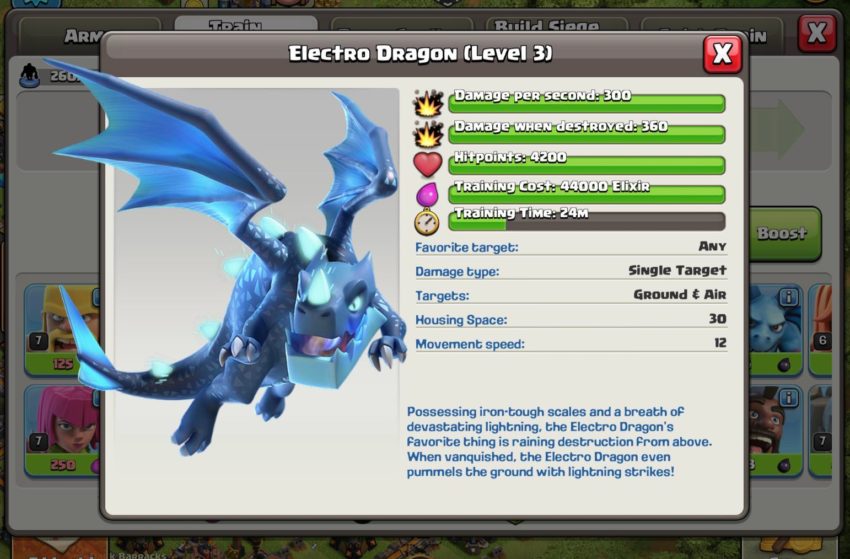 Perhaps the most exciting aspect of Town Hall 12, aside from all the upgrades and changes, is that it’s the first weaponized Town Hall that will shoot back at its attackers. After you upgrade to TH12, you can upgrade it again to unlock the defensive side, the Giga Tesla. This will likely be an expensive and time-consuming update, but one absolutely worth waiting for. 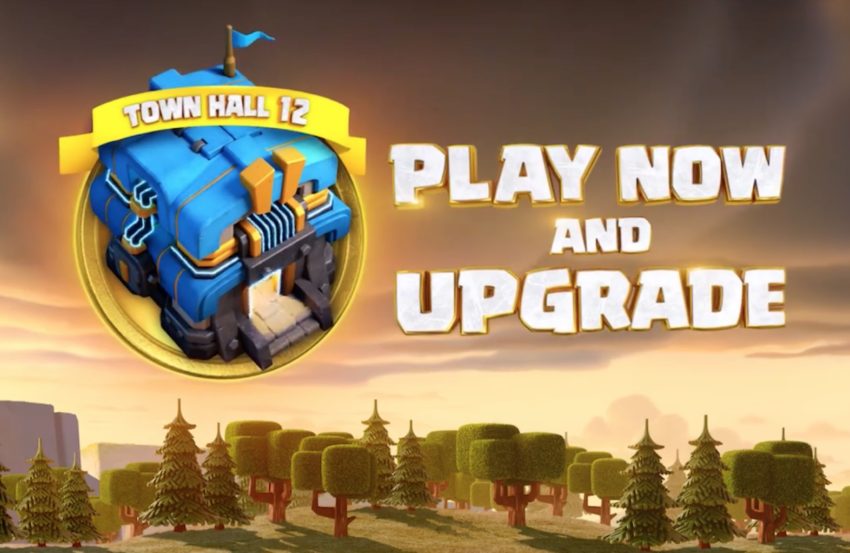 Once you unlock the Giga Tesla your Town Hall will defend the village from incoming attackers. Once attacked, the Giga Tesla will emerge and fire beams of electricity at the enemy. It will target one troop at a time, but you can upgrade the Giga Tesla to level 5.

At level 5, the Giga Tesla does massive amounts of damage, targets 4 troops at a time, and has a new ability just like the Barbarian King or Queen. When the attackers take down your Town Hall 12, if it’s a level 5 Giga Tesla, it will explode doing massive amounts of area damage as a last-ditch effort to save your village. Even a level 1 Town Hall 12 just destroyed my entire army.

The Electro Dragon is a direct answer and counters the Giga Tesla. Not to mention the Siege Machines will help attackers reach the Town Hall before it destroys everything.

With an update of this size and caliber, problems are bound to happen. We’re already seeing lots of complaints about people who can’t load the game or find the update, missing wars, and Clash of Clans not compatible bugs, to name a few.

Look through our detailed Clash Problems and Fixes post if you’re dealing with anything. Expect an update or two this week to fix any little issues.

Sadly, we didn’t get a Builder Base 9 this time. However, this is a massive update that delivers tons of changes and more content than we’ve seen in a few years. Look out for another update later this week, then a bigger Clash of Clans July update to work out any Town Hall 12 kinks. We do expect Builder Base 9 in the near future, so keep an eye out for more details.

After playing this game for nearly 6 years, are you excited for Town Hall 12? Let us know in the comments below. I just like the idea of my Town Hall exploding and taking out an entire army of Bowlers at once.

While you’re here check out the slideshow below detailing 8 things we want next in Clash of Clans.