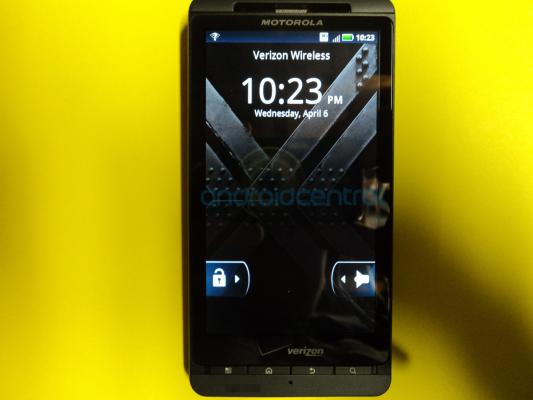 With early benchmarks of the Droid X2 letting on what internal hardware specs we may anticipate to find, we now have some more images of the successor to Verizon Wireless’s original 4.3-inch Android device. The Droid X2, in these revealing photos, shows off a 4.3-inch Android smartphone that maintains the look and feel of the original Droid X, or the Droid X1.

The Motorola Droid X when it was released was Verizon’s answer to Sprint’s iconic and popular HTC EVO 4G. The X1 and the EVO 4G had similar specs, except that the X1 supported Verizon’s 3G CDMA/EV-DO network while the HTC-made EVO supported Sprint’s 3G and 4G WiMax network, which the carrier promoted as capable of 10 times the speed of 3G when it launched.

With the Droid X2, it’s unclear if 4G LTE support for Verizon will be included. The device may be slotted just under the Motorola Droid Bionic–also with a 4.3-inch display and unveiled at CES–if it is released sans 4G support, else both devices may compete for the same space and create consumer confusion. 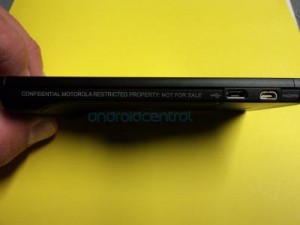 An HDMI and micro USB port are still found on the left hand side of the device, which may suggest compatibility with existing accessories and docks on the market for the current Droid X.

The differentiating thing behind the Droid X series versus other Android handsets is the use of physical hardware buttons for the Android navigation keys. Whereas other handsets, like the HTC EVO series, utilize capacitive touch for the Home, Menu, Back, and Search keys, the Droid X series employ hardware mechanical buttons for those navigation keys. 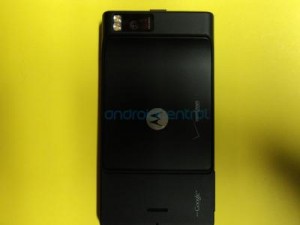 On the back, we still have the camera hump with an 8-megapixel camera and HD video recording support. The device is shown with Android 2.2 Froyo.

Earlier benchmarks reveal that the device will have a high resolution qHD display, Android 2.2, and a dual-core NVIDIA Tegra 2 CPU–all the basics behind the Droid Bionic though the Bionic will have 4G LTE support as well.

With the qHD display, Motorola and Verizon will be increasing the resolution of the screen from the WVGA display on the original Droid X. qHD essentially matches the iPhone 4’s resolution, though the pixels are spread out over a larger surface area (4.3-inch display rather than the 3.5-inch on the iPhone). This means text should look sharper and pictures will show more details.