FaceApp is the hot new app that can instantly age your photos to make you look old. It’s all over Facebook, Twitter, and Instagram as celebrities and your friends and family upload photos of them aged significantly.

While it looks like harmless fun at first, there is a growing amount of concern over the app. This started with a concern that the app was uploading all of your photos to the cloud, but that turned out to be unfounded.

The biggest issues that remain are the privacy issues relating to FaceApp and concerns over the app’s ties to Russia. This is what you need to know before you start aging your face with FaceApp.

If you are looking for another app to take cool photos with, check our roundup of the best Selfie apps. 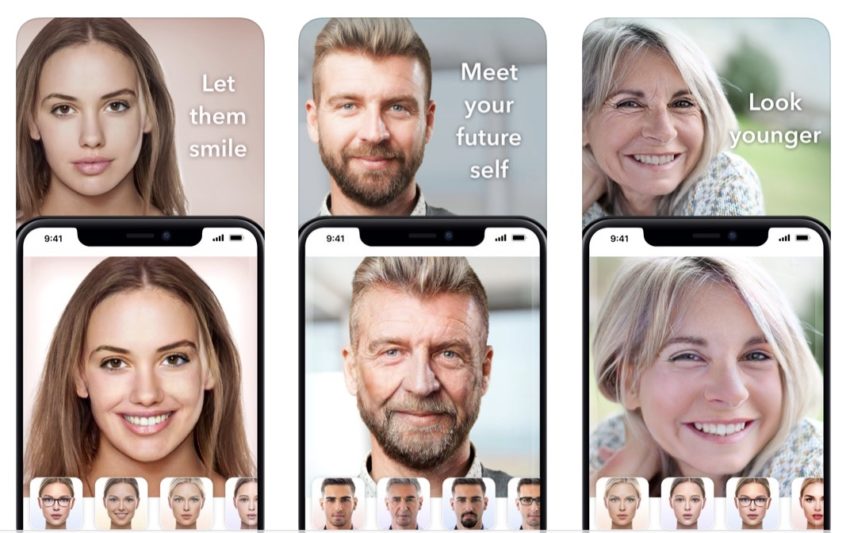 What you need to know about FaceApp in 2019.

FaceApp is a free app for iPhone and Android that can age faces in your photos. It’s not a brand new app, but the popularity is exploding as more people share aged photos on social media.

The app lets you change photos to make them older or younger, as well as apply makeup, change facial hair, add tattoos, replace backgrounds and more.

It’s the number one app in the App Store and on Google Play right now with over 100,000,000 installations just on Android.

What Happens to My Photos in FaceApp?

There are two ways that an app can edit photos to deliver the effects and aging that FaceApp does. The processing can happen on your phone or in the cloud.

If the processing happens on your phone, the photo doesn’t need to leave your phone at all.

When photos are processed in the cloud on a powerful computer, the photo needs to leave your phone and exist on a server for this work to be done.

When you use FaceApp, the app uploads the photo you want to age to the cloud and performs the edits there.

While the app can see all of your photos, so that you can choose a photo, it only uploads the photo you choose to edit.

That sounds straightforward, but there’s more to the privacy aspect.

using a network traffic analyzer, I tried to replicate the thing people are talking about with FaceApp allegedly uploading your full camera roll to remote servers, but I did not see the reported activity occur.

Since the app went viral, we’ve seen a steady drumbeat of warnings about the app and the privacy policy. The app is made by a Russian developer and that caused some concerns, but the bigger issues are how the privacy policy is worded. The Democratic National Committee warned presidential campaigns not to use the app.

When you upload a photo to the FaceApp servers you grant them a perpetual license to use the photo. The company says that most images only stay on the server for 48 hours, but the terms of service allow for much more.

The FaceApp Terms of Service, that giant legal document you agree to when you decide to use it, lets the app do pretty much anything with your data.

Once you upload a photo to FaceApp, they can use it in an advertisement, sell as a stock photo or almost anything with the broadly used terms.

Because millions of Americans have used it

It’s owned by a Russia-based company

And users are required to provide full, irrevocable access to their personal photos & data pic.twitter.com/cejLLwBQcr

Senator Chuck Schumer asked the FBI and FTC to look into the app due to privacy concerns.

The FaceApp CEO, Yaroslav Goncharov, told the Washington Post that the app is not using the photos for facial identification or for other purposes not related to the purposes of the app. The CEO also stated that the app does not send your photos to Russia unless you already live there.

The privacy policy isn’t great, but it also isn’t that far off from many apps and social networks. Justin Brookman, the director of privacy and tech policy at Consumer Reports told CNBC, “I would be cautious about uploading sensitive data to this company that does not take privacy very seriously, but also reserves broad rights to do whatever they want with your pictures,” adding, “They could turn them into stock photos or advertisements in Russia.”

Is FaceApp Safe For Kids?

FaceApp is a free app, but it can show adds and there are in-app purchases. If you don’t want your kids to see ads or to potentially spend up to $39.99 for a lifetime license or $3.99 a month to $19.99 a year subscriptions don’t let them use the app.

You also need to consider privacy issues and make a judgment call based on that information as well.

How to Delete FaceApp Photos

Simply deleting the FaceApp app from your phone won’t remove your photos from their servers. You need to send a request to remove your data from inside the app, and it may take some time since the company says they are overloaded.

That’s not a great way to handle this, but for now, it is the only option.