Following up on the Awakening DLC release date there is a special new February Black Ops 2 Double XP weekend event starting today and lasting through Monday morning. This is a Double Weapon XP weekend event that will help you unlock new attachments faster. 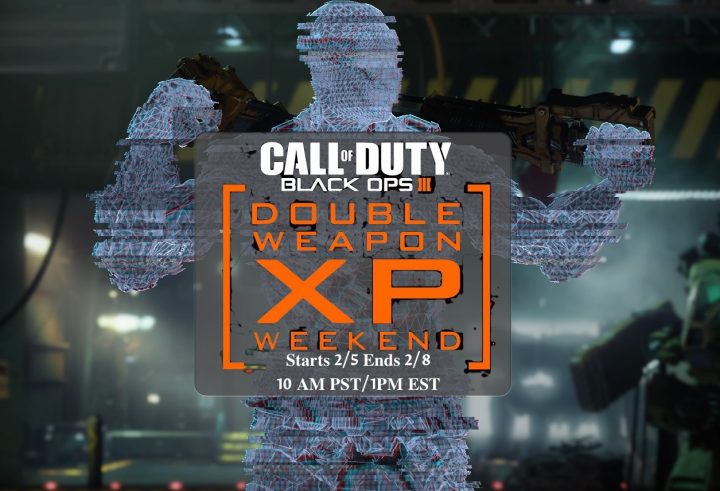 What you need to know about the February Black Ops 3 Double XP weekend event that delivers Double Weapon XP.

The timing of this is also helpful since many players leveled up faster last weekend, earning new unlock tokens. If you want to level up your weapons or improve new weapons this is a good time to unlock a new gun and quickly gain access to important attachments that can help you play better.

From the last event we learned that this is only going to help you earn Weapon XP faster and unlock attachments faster. It will not count headshots as double XP overall. A single headshot will still give you double weapons XP this weekend, but not overall player XP.

Players can check out a player voted list of the best Black Ops 3 guns above, and check out a video that walks through the best weapons for low-level players below. The second video is very helpful if you have not leveled up high enough to unlock the M8A7, Vesper or Razorback and other higher level weapons.

Keep in mind the latest Black Ops 3 update rolled up a collection of weapons changes to the game, so if you haven’t played with a weapon in a while the stats may be slightly different, which could impact your play-style and class.