A new February Black Ops 3 hotfix arrived on February 8th, with some changes to the new Supply Drop weapons and Dark Matter Camo, a possible change to the Iron Jim and perhaps other changes. We don’t yet know everything that’s new in 50.10.43.7.0 on PS4 and Xbox One.

There are now over 100 new items in the Call of Duty: Black Ops 3 Supply Drops, including 5 new weapons, new attachments and much more. 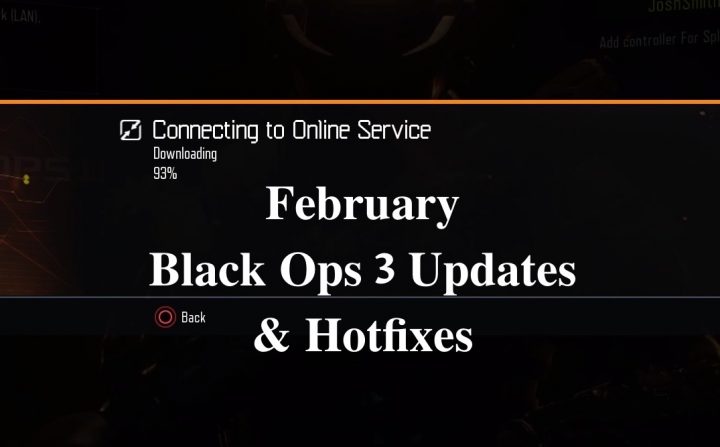 This is what you need to know about the February Black Ops 3 updates and hotfixes.

We are still waiting on the Black Ops 3 1.06 update change log for the PS4 and for the full listing of what’s new in the February Black Ops 3 update. At this time we expect to see fixes for map exploits in the Awakening Black Ops 3 DLC on PS4 and a host of major changes for the Xbox One. 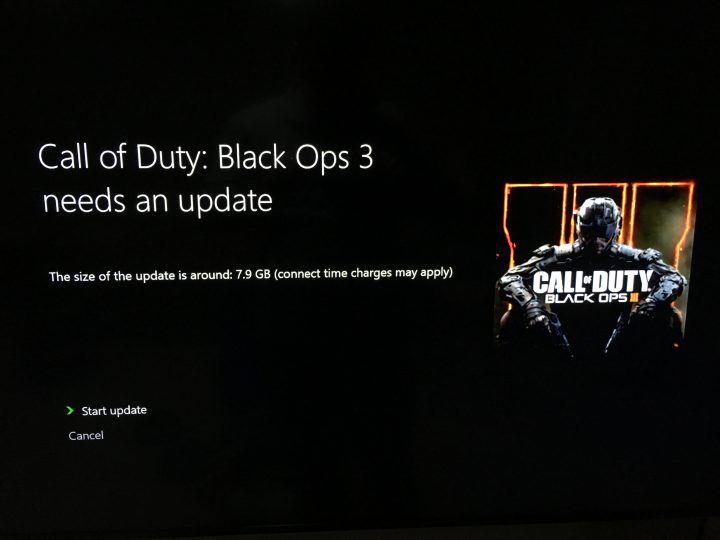 The February Xbox One Black Ops 3 update is here. Find out what’s new.

At the bottom of this post you will find a complete list of what’s new on the February Black Ops 3 update on Xbox One, PS4 and PC.

The PS4 Black Ops 3 Awakening DLC arrived with the Major February Black Ops 3 update on PS4. You need this patch to play the Awakening DLC, and you will need the new hotfixes to continue playing online.

This new Black Ops 3 patch is bundled with the Awakening Black Ops 3 DLC, but you don’t need to buy the DLC to get the patch.

Even though the PS4 Black Ops DLC comes with a 30 day exclusive, Xbox One and PC gamers do not need to wait for 30 days to get the patch, which is live now.

After the update arrived we found one short gameplay video that shows not all of the new Awakening Black Ops 3 DLC map exploits are patched.

You can see some of the glitches in the video above that gamers want Treyarch to fix. Hopefully these will see a fix in a smaller hotfix update that could roll out even later this week.

Throughout January Treyarch delivered many Black Ops 3 hotfixes that include over 22 changes and fixes to multiplayer and zombies, and now these are rolled into the February Black Ops 3 update to bring these all together into one fix and deliver bigger changes.

Over 100 new items have arrived in the Black Market! Check out the latest guns, melee weapons, gear sets, and more:https://t.co/7o5jFRp6oA

As part of this update there are many new weapons and items in the Call of Duty: Black Ops 3 Supply Drops. Watch the video above for more.

We have not heard as much communication about what is new in hotfixes since the last major update, but there are two specific fixes that we know about in the 50.10.43.7.0 hotfix update. Vonderhaar shares that, “we should have the issues with Dark Matter/Gold/Diamond camos not appearing on Black Market weapons fixed.” with this update. Users still reports some Black Ops 3 problems with camos.

Tony Flame, who oversees weapon design and balancing at Treyarch shares that the Iron Jim is nerfed in this update, or will be soon, it was not 100% clear. He also shares more information about the other melee weapons.

Thanks for the heads up, it looks like a specific timer was set exactly 1/10 of a second (100 milliseconds) too fast on the Iron Jim. We will resolve this in our next update so that Iron Jim has parity with the knife, and no longer has a 100ms advantage between consecutive connecting attacks.

Regarding the Fury’s Song, all of our tuning data and in-game testing indicates that it does not have any advantage over the Combat Knife. Watching the video, the test case may be flawed as the player is attacking against moving targets and also moving to different targets in between attacks. There is also no visual indication of the exact time marks of any specific action. There is a timer that disappears and does not align with the numbers reported, so there is no proof that the displayed time discrepancies are accurate. Internal testing between the exact moment the attack occurs returns identical timing for us against stationary targets. We believe there may be a margin of error in the methods used to compare these 2 in the video linked in the OP.

Our goal with the melee weapons as with all weapons is to maintain balance so that players can make up their own minds about which they prefer without feeling like they have to choose something because it is better. Sometimes this requires fine tuning after release. Thank you for bringing this to our attention.

It is very likely that there are other changes in the 50.10.43.7.0 hotfix, but none are specifically mentioned by Treyarch and we rarely see official patch notes with these smaller updates. 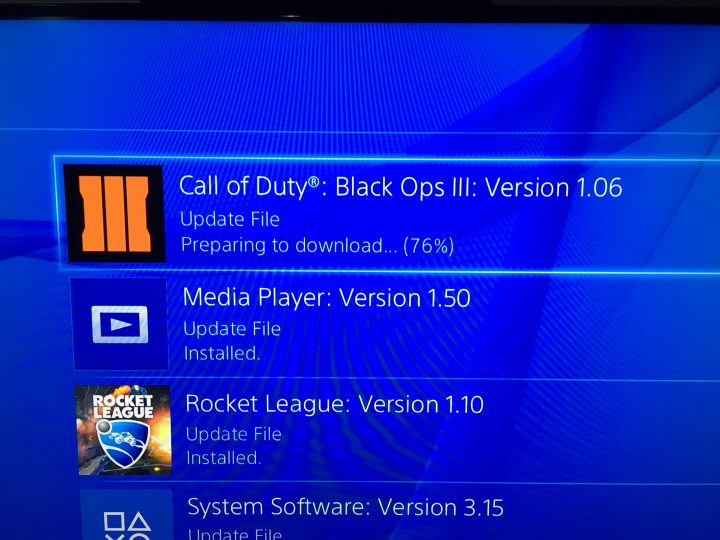 Below you will see the new weapons changes in Black Ops 3 that arrived over the last weekend and that are a part of this update. In addition to the breakout changes below Treyarch added support for the Tactical Mode “auto-on” feature in campaign mode.

Although the patch notes outline many things, we did not know that there was a nerf to the BlackCell launcher and that it takes longer to destroy a Wraith with most weapons.

Read through the slides below for a running list of what’s new in the latest Black Ops 3 update. The list below matches the PS4 Black Ops 1.06 update change log. Most of these changes are also in the Xbox One version of the game, but not all are included in the main Xbox One February Black Ops 3 update. We could see many of the changes arrive as a hotfix in the coming days.