Galaxy S8 Video Reveals All Ahead of Release

Two brand new Galaxy S8 videos have hit the web, revealing key details ahead of the inevitable release. The phone has been rumored for months, and Samsung finally made the launch date official this weekend. As we inch towards the March 29th launch more information will emerge. Starting with these two Galaxy S8 hands-on videos.

For those that missed it, the Samsung Galaxy S8 will officially be announced on March 29th in New York City. It will be Samsung’s first “Unpacked” event of 2017. However, we know almost everything already and these videos further confirm past rumors.

Read: Galaxy S8 vs Galaxy S7: What We Know So Far

The last two months have been very revealing. Photos and videos shared the new design and huge screens, a full list of specs leaked, and more information is appearing every day. One video shows both the 5.8-inch Galaxy S8 and 6.2-inch Galaxy S8+ hardware, and another is a software tour. Take a look below. 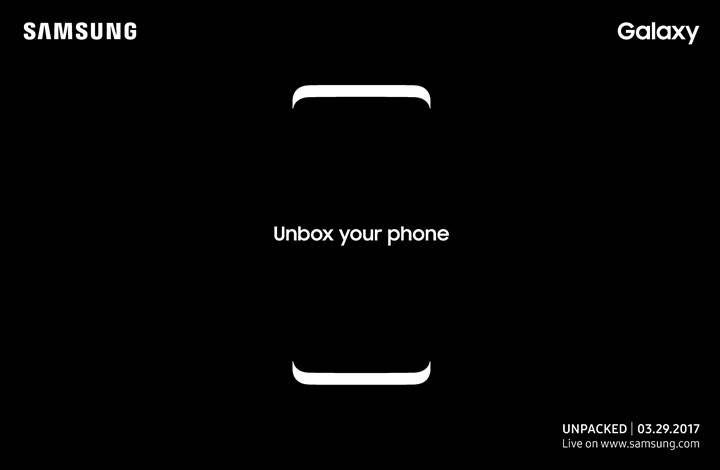 The Galaxy S8 will be announced on March 29th

From what we can see, and just as expected, both of Samsung’s new phones are very unique. Offering tall and skinny screens that will make them easier to use and hold. Both have bigger screens than any Galaxy S to date, and are bigger than any Galaxy Note device too.

And while that may sound way too big for buyers, the phones aren’t physically bigger than we’re already used to. That’s because we no longer have a physical home button or fingerprint scanner, and the bezels are extremely small. Similar to the recently announced LG G6. Samsung is using a new 18:9 aspect ratio so the phones are easy to use with one hand, without making the screen smaller.

We knew all of this already thanks to countless leaks, but seeing them both on video is reassuring. To say the least. It essentially confirms all the rumors we’ve heard thus far. Without further delay, here are the two latest Galaxy S8 video leaks and hands-on.

In this first Galaxy S8 video both devices are wearing a protective case. This isn’t a bulky case that is intended to hide the final design, like we’ve seen in the past. Instead, they look to be the official Samsung leather cases. One of many accessories that will be released alongside both phones.

The leakster gives us a good look at the regular Galaxy S8 and the bigger 6.2-inch Galaxy S8+. Nothing else is learned from the video but it does confirm a 3.5 mm headphone jack among other things.

Next, the second Galaxy S8 video leak is showing us the hardware and software both. It’s short and sweet, basically showing the front of the device and some of the new on-screen keys. And while it isn’t a big leak, the video below confirms the visual change to the on-screen buttons. Samsung has customized them to match their user interface, rather than use the styling we see on virtually every other Android smartphone.

Again, we’re seeing the big curved “Infinity display” along with rounded edges on the sides of the screen. This isn’t just aesthetic either, the design will help make the screen more durable and rounding the sides makes it less likely to break if dropped. By adding strength to the corner, which is where screens break most often when dropped.

One video showcases the Galaxy S8 and S8+ in Black, and the second video it’s silver. We’re also expecting a Gold model to be released, and potentially Coral Blue and others later in the year.

In closing, while it’s nice to see leaks that confirm features at this point there will be no secrets left when Samsung announces these phones in March. We still have a month to wait before the launch event in NYC, and another 2-3 weeks before the release date. Rumor has it the Galaxy S8 will be released around the globe around April 21st. Stay tuned for more details.