Galaxy S9 Leak Reveals All Ahead of Samsung's Release

A few brand new Galaxy S9 leaks are revealing key details ahead of Samsung’s release in early 2018. For months on end leaks and rumors have given us an idea of what to expect from Samsung’s next phone. However, some new case renders show exciting changes and match most of the rumors we’ve heard so far.

We know Samsung’s working on two new phones for early 2018. Those being the Galaxy S9 and a bigger Galaxy S9+. And while nothing is official until Samsung confirms it themselves, these photos lend credence to everything we’ve heard so far.

If countless leaks, reports, and rumors are accurate, Samsung’s bigger S9+ will have two cameras on the back. Similar to the iPhone X and Galaxy Note 8. However, the smaller phone will only have a single camera. That’s not all though, we have exciting photos and new information to share below. 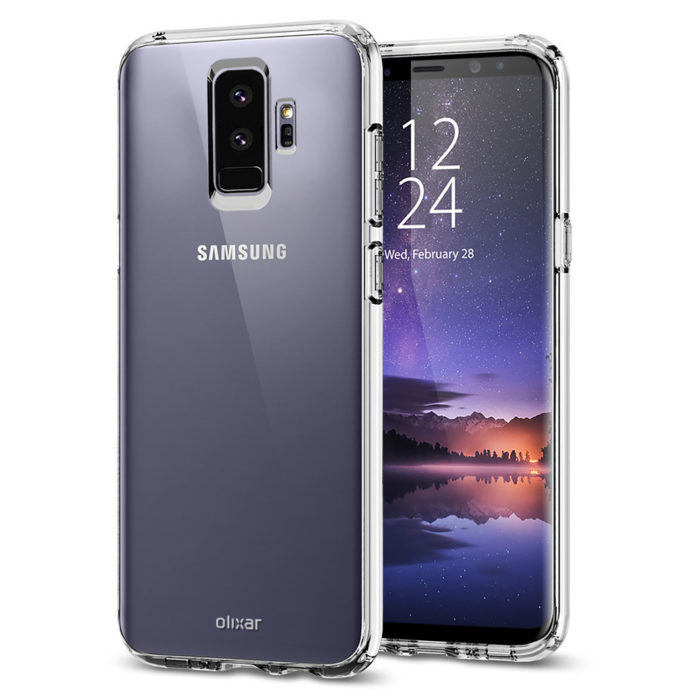 This week we received case renders from trusted sources, essentially confirming the design of both the Galaxy S9 and Galaxy S9+. Then, a leaked photo on Weibo confirms the same changes although it’s both good and bad news.

First, the bad news, Samsung will stick to the same overall look and feel as the Galaxy S8 from 2017. Basically, the S9 and S9+ will look almost identical to the Galaxy S8 and S8+. With the same screen sizes, same curved edges, and similar bezels. Basically an “S” year for Samsung, like Apple’s yearly “S” upgrades.

However, the bezels are slightly smaller, making each phone a few millimeters shorter. As for the good news, Samsung added a secondary camera on the bigger Galaxy S9+ for improved photography. Then, as you can see in our photos here, the fingerprint scanner got moved to below the camera array. This is a far better location than we saw on the Galaxy S8, which was off to the far right edge and difficult to reach. 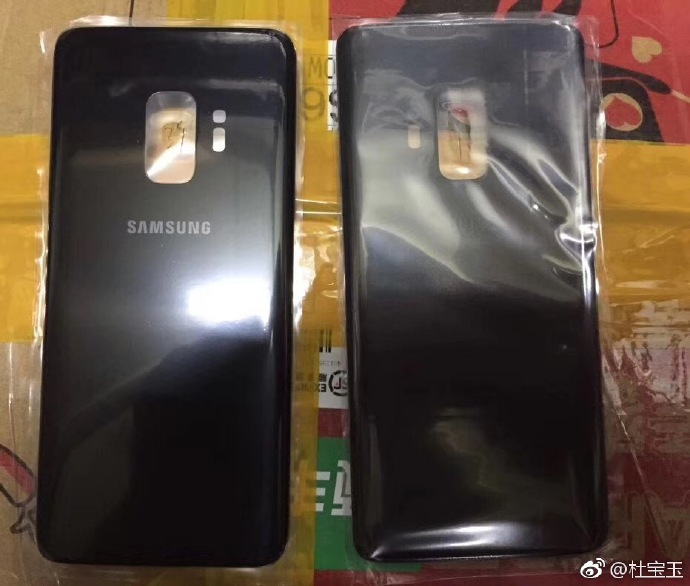 All these leaks seemingly confirm that Samsung will stick to a physical fingerprint scanner on the new Galaxy S9. And while that’s fine, a lot of reports and rumors believed the company would introduce an optical scanner inside the Galaxy S9 display, under the glass. Most likely we’ll see such a feature on the Galaxy Note 9 in August of 2018, and not the S9.

It’s also worth stating that SamMobile claims these new phones will both be a little thicker than the Galaxy S8 from 2017. The reason behind that change is battery life. With the Galaxy S9 sporting a large 3,200 mAh battery and the S9+ potentially getting an increase to 3,700 mAh. This will also introduce a new Quick Charge 3.0 technology for faster charging.

For months on end, we’ve heard different reports surrounding a potential Galaxy S9 release date. Everything from a launch event in January and an early release date in February, to reports claiming Samsung will follow the same launch strategy as 2017. Which would be an announcement in March followed by a late April release date.

However, MobileFun, who provided the case renders above, reports a February 28th release date. Their sources believe Samsung will formally announce the new Galaxy S9 in early February, then release both phones around the globe on the last day of February, the 28th, at Mobile World Congress. 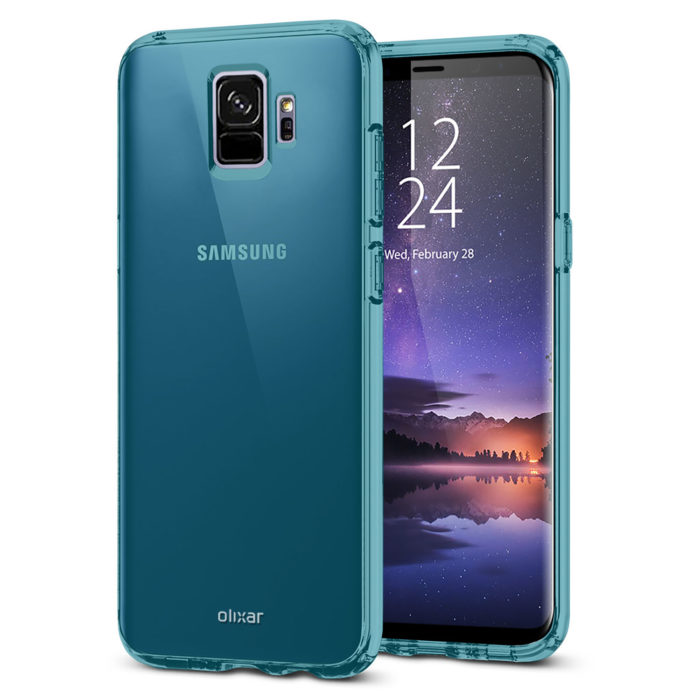 See the date on the leaked image?

That said, most rumors believe that’s a little too early. It’s possible Samsung will announce these new phones in February, but we’re still expecting a release date sometime in March similar to earlier years.

Do you like the changes we’re seeing with the Galaxy S9? Where Samsung is essentially offering a better experience on the bigger Galaxy S9+ for those who want the biggest and best the company has to offer. Let us know in the comment section below. We’ll update as soon as we know more.