Apps how to Mobile Technology

How to Make Your Own Donald Trump Executive Order Meme

President Donald Trump loves executive orders, and we’ve seen him sign multiple different things since taking office on January 20th. Including his latest attempt to dismantle Wall Street regulations. So many in fact, that regular people want to do the same. And now you can.

Anyone can join in on the Executive Order fun, and power, by creating their own. A slew of executive-order meme creators have been released. Additionally, the popular website GitHub now has their own executive order generator — signed by Donald J Trump himself. Read on for more details and learn to make your own Donald Trump executive order.

Trump’s orders have become so popular that they’re now the subject of memes all over Twitter. The best collection can be found at the @TrumpDraws parody account. However, lets take things a step further and create our own Trump memes and executive orders.

For those unaware, with the flick of his pen Donald Trump has changed a slew of laws, regulations and more. From laws by the previous administration, to certain promises like taking on the EPA and his immigration ban. Right now are crazy times, and we can get in on the fun.

First up, is creating your own executive order memes. The Donald Draws Twitter account is full of memes or GIFs, which seem to be the most popular. As a result they’ve now released their very own app called Donald Draws: Executive Doodle. 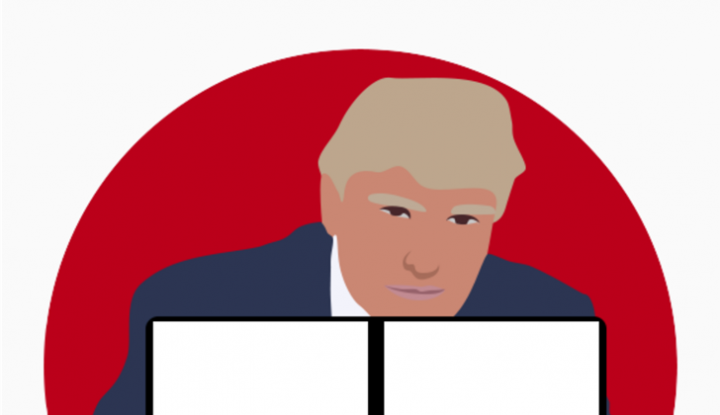 Start by downloading the app and then create your own iconic memes. It basically turns any text or images you’d like into an executive order. Then users are able to export the GIF or meme and share it with the world. Similar to the one shown at the top of the page.

The new mobile app is extremely easy to use, and generates new Donald Trump memes incredibly fast. These memes are going to be “HUGE”. It’s worth noting that the app description is pretty amusing too.

Download Donald Draws Executive Doodle and start creating and sharing your own today.

Additionally, a new online generator tool will let you create your own big and beautiful executive order that has been signed off on by the Donald himself. Available from a user named “HepWori” on the popular code-hosting platform and website GitHub.

This generator tool is also extremely easy to use. It’s a photo of Donald Trump holding up an executive order in great fashion. Simply click on the existing text where it says, “Click me. Edit me. Make me horrifying.” Replace it with your own words, anything you’d like. You can increase the font size to get your point across, or decrease it if you have a big executive order planned. 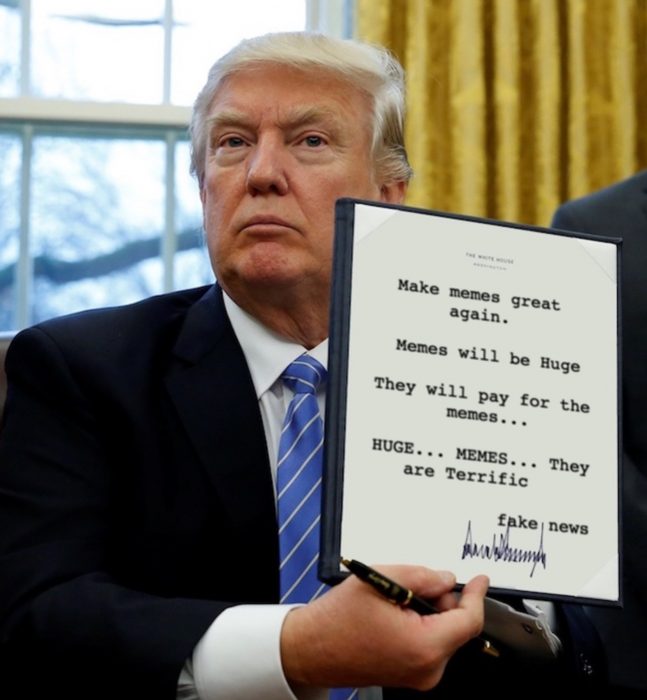 Users are instructed to create their own Donald Trump executive order with the generator, then take a screenshot and share it with the world.

If you need ideas a quick Google search is full of funny memes. Anything like “HUGE,” “Wrong,” “Fake News,” “Be Quiet,” to “Build That Wall” or “Make Donald Great Again”. The options and fun are endless. Give either option a try and enjoy the results. Use caution though, as sharing these on Facebook could spur a political debate that no one wants to get involved in.