Back at Google IO in 2016 Google announced Android 7.0 Nougat and a new feature called Instant Apps. Which allows our smartphones and tablets to use and enjoy apps without actually installing them. After a short wait some users are finally seeing this capability. In this guide we’ll explain how to enable Android Instant Apps on Nougat.

The idea behind this is simple. Users are able to temporarily install and use Android apps right from a web search or shared link, without ever downloading the application.

Giving us full access to an apps beautiful design, interface, performance and more without requiring the user to install it. This isn’t a web-optimized version of the app, but a full broken-down experience with the tap of a button. 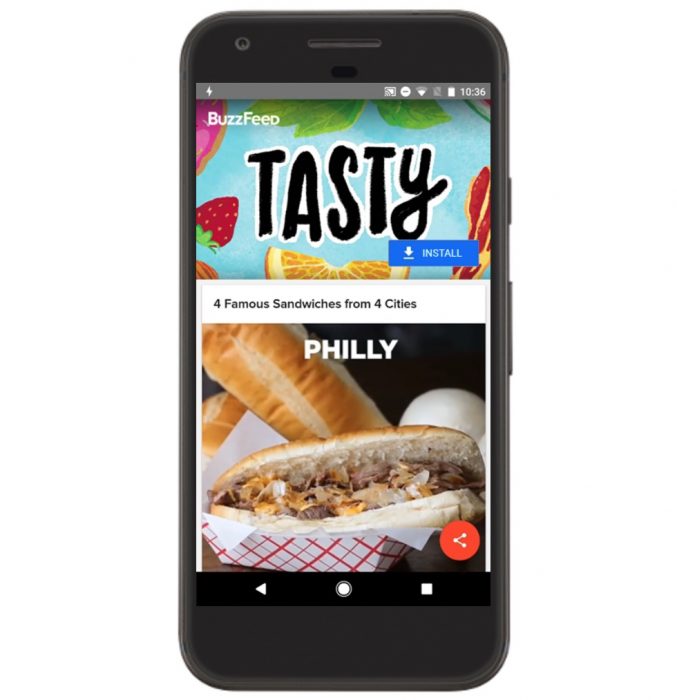 Google showcased Android Instant Apps up on stage, but confirmed it wasn’t coming until sometime in 2017 with Android 7.0 Nougat. Well, now that many are running Android 7.1.2 Nougat and such, this feature is starting to appear in search results.

Popular apps like Wish, the shopping application, have already started taking advantage of Instant apps. We can search for something to buy, use the Wish app and make a purchase all in seconds using their nicely designed app. The phone installs what it needs, then discards it when you’re done.

This is the evolution of Android and how we use applications. Instead of filling up our phone and storage with apps, everything happens on the fly. If you’ve been excited about this hot new feature, below are the steps to enable it on select Nexus smartphones or tablets, as well as the Google Pixel and Pixel XL.

How To Enable Android Instant Apps

Until just recently, this feature was in the testing phase by Google with users left out of the fun. However, now we’re seeing select apps like Wish and potentially others already offering it. Google showcased it on Wish, BuzzFeed, Viki or even Periscope.

This should work on most smartphones or tablets that run Android 7.0 Nougat. Not just Nexus or Pixel phones. Or it will soon. All you need to do is enable Android Instant Apps in settings under the Google tab, and browse the web. 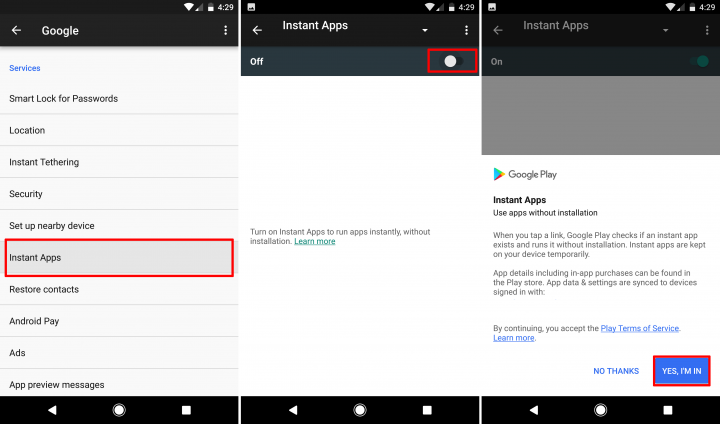 Our image above shows you exactly what to look for, where it is, and what to expect. Once owners head into Google and enable Instant Apps you’re all set. Now it’s just a matter of finding an app that has Instant Apps built-in, that will work as advertised. Wish appears to be the first one, but many more will be available in the coming weeks. If not already. We just need to find them.

Go ahead and search for something, like Wish, and one of the many search results will have “launch instantly” under the icon. Instead of being directed to the Google Play Store, downloading an app and waiting for it to install, it just automatically adds parts of the app to our smartphone temporarily. It gives you the choice to launch Instant Apps, or browse the web version instead. 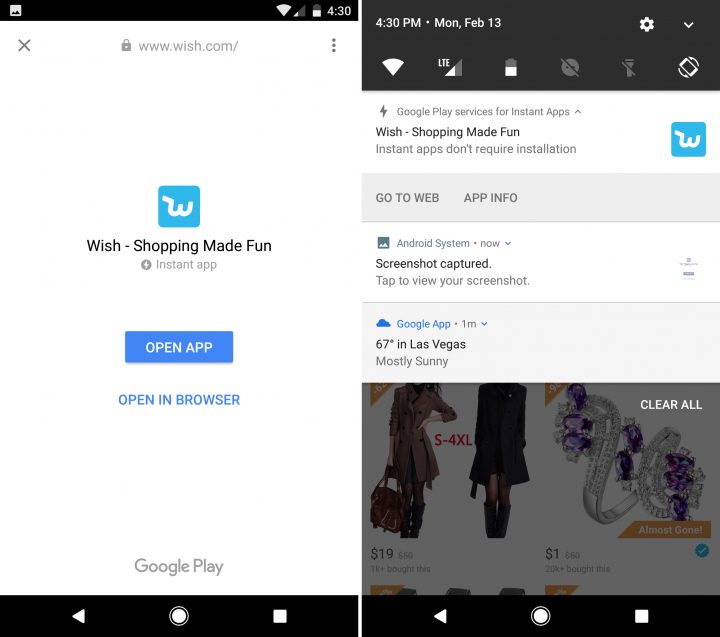 Users can browse the store as if the app is installed, and it even uses Google’s secure payment system and everything. Find what you want, buy it and that’s it. Now the app will be removed from our temporary storage like nothing ever happened. Saving both time and space.

Popular shopping or news based websites and apps will be first to take advantage of this, but we can expect to see many more soon. It will be interesting to see the different ways companies take advantage of Android Instant Apps. Or how they’ll be able to see an installed user base, if the app is being uninstalled after use. Give it a try today and enjoy.