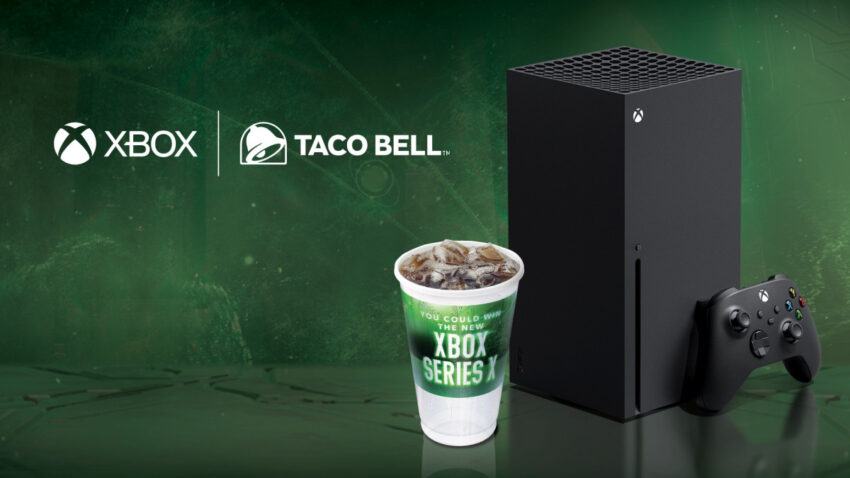 How to get a Xbox Series X early.

Do you want a chance to get an Xbox Series X early? If so you should grab your phone and prepare to eat a taco or two. Taco Bell is teaming up with Microsoft to give away a new Xbox Series X every fifteen minutes during the contest and with the Taco Bell app, you can get access to daily Xbox Series X giveaways before the pre-orders even start.

Starting on September 24th when you buy a medium or large soft drink at Taco Bell, you get a code that you can use to enter for a chance to win an Xbox Series X bundle that includes the console, a new controller, and six months of Xbox Game Pass Ultimate.

Read: Should I Pre-Order the Xbox Series X?

When you join the program you get rewards when you buy things at Taco Bell, but with this promotion, you also get access to chances to get an Xbox Series X before they go on sale. It’s not clear if winners get their Xbox Series X ahead of the November release date, but it is a chance to lock in a new console for free and ahead of pre-orders.

When you sign up for the Taco Bell Rewards Beta program you get a free taco and chances to win. The app allows you to get a code when you buy a combo, a large freeze or when you purchase two combos. You can also get a code via mail or you can use these three codes to enter every day. Here are the free Xbox Series X Taco Bell entry codes;

To enter with these codes you need to text 72823 during the contest period. The contest starts on September 24th at 12:01 AM Pacific.

If you don’t win, you get a Fire Drill Code that you can use within 24 hours as a second chance.

Taco Bell will give away up to 4,032 Xbox Series X Bundles through the main giveaway and 20 through Fire Drill second chance.