How to Hide Photos, Files and Apps on Android

These days smartphone privacy is an important topic. From keeping our phones safe, to hiding things we don’t want out in the open. Everything from lock-screen security to hiding sensitive files and documents. Especially photos and video. With that in mind, here we’ll be showing users how to hide photos, files and apps on Android.

Smartphones are a part of our identity, and they have a lot of sensitive information on them. That’s why passwords are extremely important. Many don’t want others using their device. At the same time, you might want to hide certain files too.

Read: What To Do If You Forget Your Password or Pin on Android

Everyone has their own reasons, which we won’t get into. That said, if you want to hide photos and apps, or keep files private we’ll show you how. Read on for some quick tips, app suggestions and more. 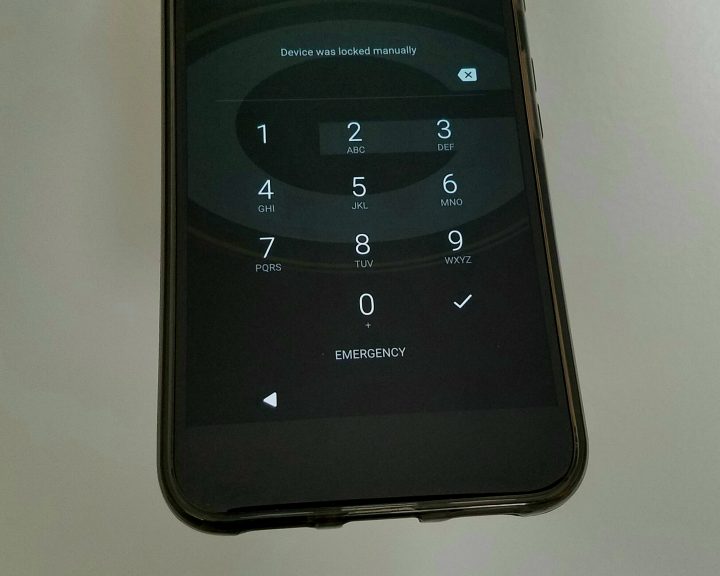 This can be photos you want to keep private, apps that aren’t the best for your kids, or you have important sensitive work documents. All of these are reasons to hide stuff on Android. It’s actually easier than one might think, too.

The now recalled and unavailable Galaxy Note 7 had something called the “Secure Folder”. It allows users to store information, install second instances of apps and much more. It’s an awesome feature coming to the Galaxy S7 with Android Nougat. For now though, and for everyone else, our guide below is your best bet.

How to Hide Photos on Android

A question we get asked often is how to hide photos or video on Android. Everyone’s been in that position where you hand over your phone to show a friend a photo, and they start flipping through your gallery. That’s bad smartphone etiquette.

Luckily for you, and for whatever the reason may be, hiding photos on Android is extremely easy. Some phones even have the option to add a password or fingerprint to the gallery. If not, there are several apps that do exactly that.

Our favorite would have to be KeepSafe. It’s also highly recommended and received an Editors’ Choice Award on the Google Play Store. 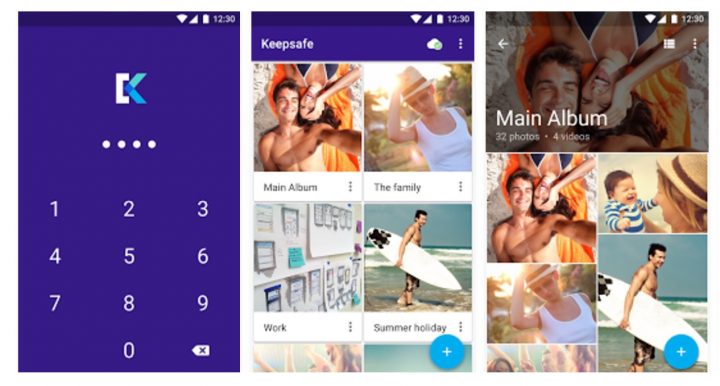 KeepSafe basically creates a digital vault on Android where everything is private and secure. It’s mainly for photos. Everything is encrypted and hidden behind a PIN code for security. There is even an option to backup files to the cloud, if you ever switch or lose phones.

Many use it for photos, but it’s also great for work, pictures of ID and debit cards and much more. It’s absolutely free, and there are premium features for those willing to spend $4.99 on the app. Like disguising the icon so others don’t know you’re actively hiding photos, or break-in-detection if someone enters the wrong pin too many times.

Other excellent options are apps like Vaulty, or Gallery Vault. Gallery Lock is also an old favorite that many use. Most of these apps protect video too.

How to Hide Files on Android

Alternatively, some may just want to hide important or sensitive files on their device. While a password or fingerprint security is nice, an extra layer protection is always a good idea. Our first and main suggestion would be File Hide Expert. It may not have the best user interface or loads of features, but it gets the job done quickly and easily. 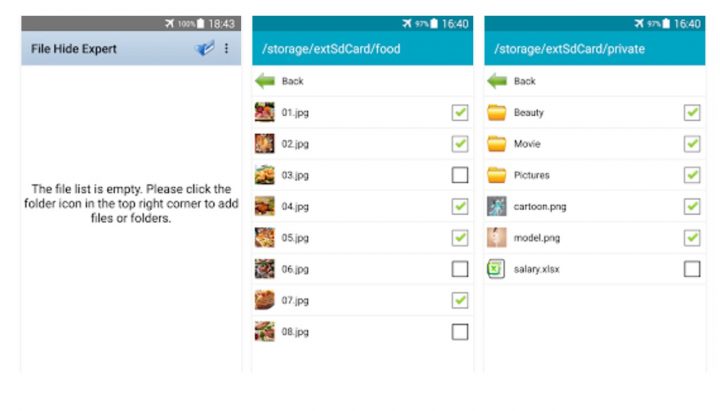 It works like most file managers. You can simply navigate through all of the files or folders on an Android device. Just select which ones you want to hide (or unhide) and hit go. It’s extremely easy. Technically this works for any file type, including photos, but its best with files. We like that it’s extremely easy to use, and instantly removes anything from folders or the gallery in seconds. Remember to head into settings and add a password, otherwise users can open the app and see everything. That’s our only complaint.

Another is a program simply named Hide Files. It too, does a little of everything, but hiding files with a simple to use interface is this apps specialty.

How to Hide Apps on Android

Last but not least is hiding or blocking access to certain apps. That’s where an award-winning app called AppLock comes in. It has been downloaded millions of times, and has nearly four million reviews at the moment.

AppLock works with fingerprint scanners, passwords, pin codes and more. You’ll be able to prevent people from using any and all apps. Like Facebook, WhatsApp, Messengers and more. The options are endless. 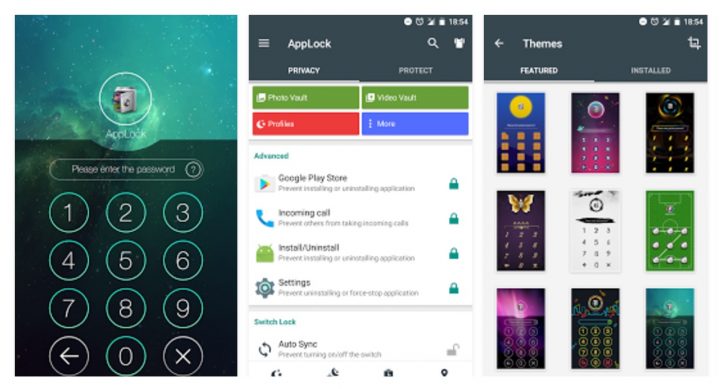 Users can prevent unauthorized access to any part of their phone with this program. It’s extremely convenient. If someone wants to borrow your phone to make a call, you can lock it right to the dialer, too. Additionally, this hides photos and videos too. Essentially it’s an all-in-one app that does everything we’ve covered above.

Alternatively, users can disable bloatware and apps that come pre-installed on their phone too. Things like NFL Mobile, NASCAR, VZ Navigator and other things carriers or companies like Amazon install on millions of phones. This can be done with AppLock, or right on your phone by heading to Applications > the app > and hitting disable. It takes them out of the application tray too, keeping your phone clean.

Owners can also use any file manager to rename any file or folder by putting a “.” in front of the name. Doing this causes most apps or Android as a whole to ignore it. Essentially hiding it from sight. It can still be found, but this is a quick tip for those who don’t want to install additional apps or pay for services.

At the end of the day the best option is to always use caution with what’s on your device. Furthermore, using a fingerprint scanner, password or PIN for overall device protection is also recommended these days.

These were just a few suggestions that will help users quickly and easily hide anything and everything on their Android smartphones or tablets. If you have a question let us know in the comment section below, or suggest another app if you found something better.