How to use Siri Arabic iPhone Features

The iOS 9.2 update adds a very handy Arabic iPhone feature with new Siri support for the Arabic language on iPhone and iPad.

After you install the new iOS 9.2 update on the iPhone or iPad that supports Siri you can turn on an oft requested Arabic iPhone feature.

With the new Siri Arabic support, users can use Siri Now and other voice control features to manage the phone with only their voice — and finally do so in Arabic.

The new upgrade specifically mentions support for Arabic Language in Saudi Arabia and the United Arab Emirates, but you don’t need to be in those regions to use the new Arabic iPhone and iPad feature. 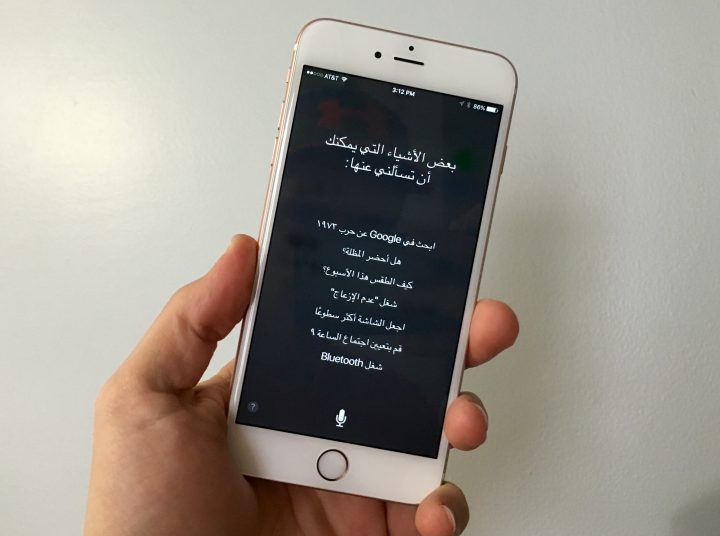 Learn how to use Siri Arabic iPhone features.

Use this guide to install iOS 9.2 on your iPhone or iPad. The iOS 9.2 update is available on all iOS devices that could run iOS 8. Siri is available on the iPhone 4s and newer, so if you can run iOS 9.2, you can use this new feature.

How to Turn on the Siri Arabic iPhone Feature

You will need to turn this on, even if your iPhone is already set to use the Arabic language. This should take a few minutes at most, after you install the upgrade. 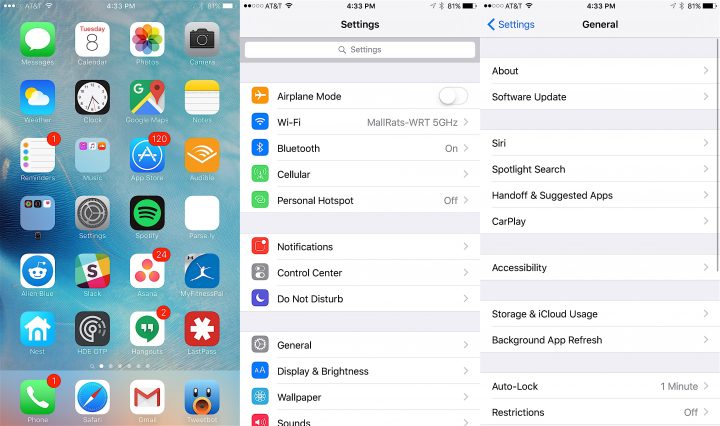 To get started, go to Settings on your iPhone. Next, tap on General and then on Siri. This will take you to the main set of Siri options. Here you will see a number of things to change including the language. When you change to Arabic language you will lose one option. With this enabled you can no longer choose the gender. The Siri Arabic iPhone feature only offers a male voice. 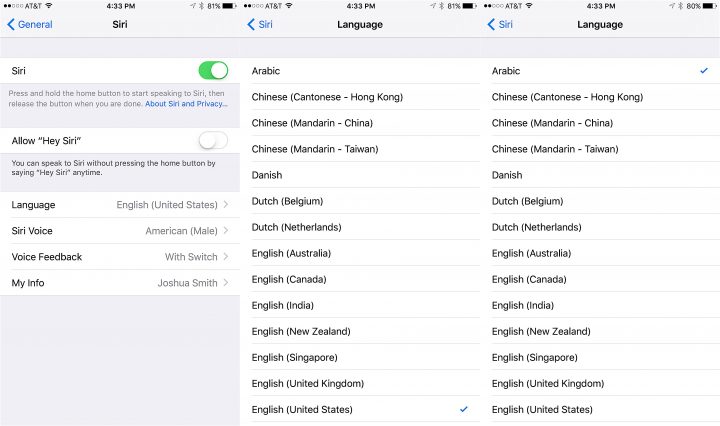 On the next screen tap on Language and scroll to the top. Tap on Arabic and then tap to go back. Siri Arabic iPhone support is now enabled. You can hold the home button or say the equivalent of Hey Siri to use the feature.

You can say, “As-salaam alaikum” to Siri and the phone will reply, “Wa alaikum assalaam” as well as all the standard controls. If you activate Siri without saying anything you will see a listing of commands.