This is how to use Siri to translate your language into French, Spanish, German, Italian or Mandarin Chinese by talking to your iPhone or iPad.

With iOS 11 Siri can translate U.S. English into the above languages to help you communicate with someone, even if you don’t speak the language.

One catch is that Siri only translates from English at this point. The person you are trying to talk to, cannot speak to your phone in French, Spanish, German or Mandarin Chinese and get an English translation you can understand.

How to Translate with Siri 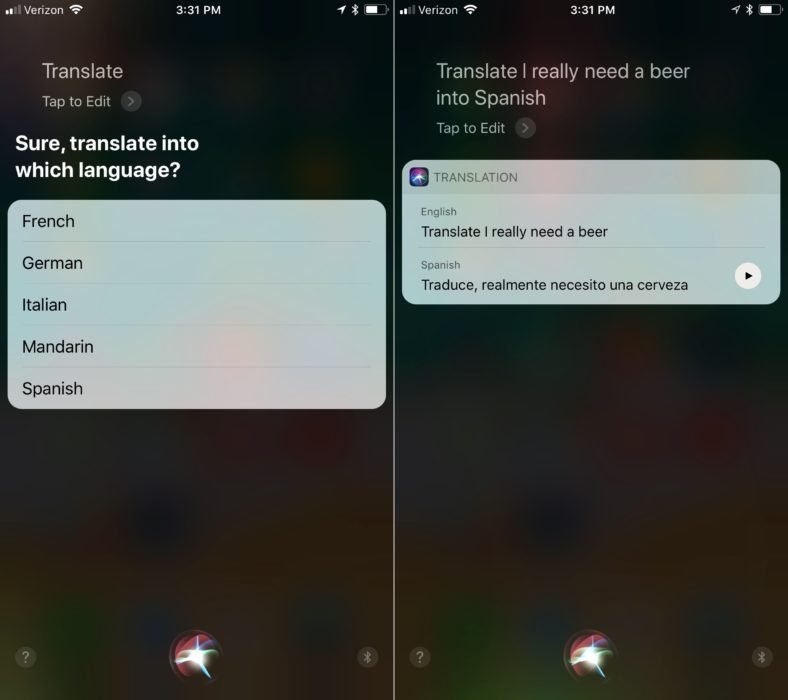 Use Siri to translate into five languages.

That’s all there is to using Siri as a translator on your iPhone. As we cautioned you cannot translate back into English, so this is only as helpful as getting simple answers or answering something you understand, but cannot speak.

Hopefully there will be translation into English in a point update to iOS 11 or with iOS 12. We also hope to see other languages added over time.