Siri is not perfect in iOS 9, but if you’ve been waiting to see a more powerful Siri this is the update you need to give the service another chance on.

Siri sports a new look, similar to that of the Apple Watch and my favorite small change is that when I hold the home button down to use Siri there is no noise, just a small vibration to let me know Siri is ready. This cuts down on accidental interruptions and waking my wife up with an accidental Siri activation at midnight. 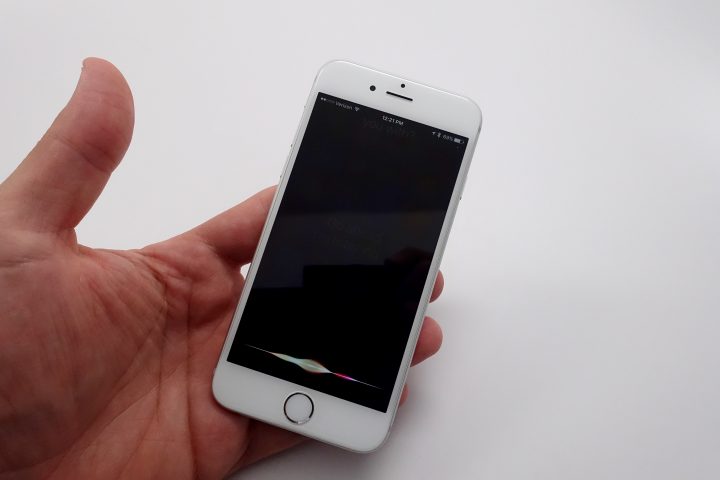 Siri is smarter and can do more in iOS 9.

There are many new iOS 9 Siri features that will change how you use Siri. One of my favorite upgrades is the ability to ask Siri to show you photos from a location, date or album. In seconds Siri can pull up vacation photos, or find a moment in the history of your photos so that you don’t need to scroll all day.

Another outstanding new feature is the option to tell Siri to perform an action about “this” on your iPhone or iPad. “This” can be something in Safari, Notes or Mail. Simply tell Siri, “Remind me about this at 1PM” and whatever was on your screen in one of those apps will be added to reminders.

If you use the Hey Siri feature on the iPhone to activate with your voice when plugged in to power you can now train the assistant to only respond to your voice. This is very useful and with the addition of Hey Siri anytime on the iPhone 6s and iPhone 6s Plus, a welcome upgrade.

iOS 9 Notifications & Back to App

The iOS 9 Notification Center now includes a very handy batter life widget that shows you the battery life of your iPhone, Apple Watch and Bluetooth devices like headphones or a speaker.

Apple still doesn’t make it easy to clear all notifications, but the notifications are finally sorted by date and time instead of by group. This makes the Notifications tab more useful than on iOS 8, but it is still not an area I can used often. You can clear notifications for a time period, but not all at once. 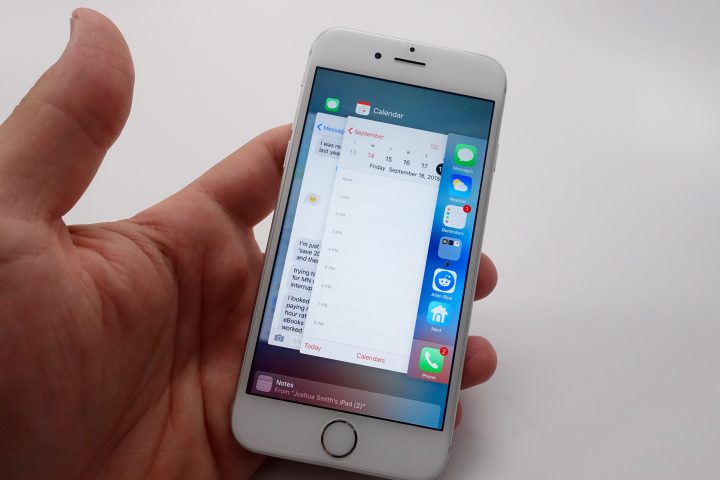 App switching gets a new look in iOS 9.

On the new app switching menu, accessed with a double press of the home button, there is a redesigned cover-flow like interface that works well and makes finding a recent app easy, even though some of the app is covered by the rest of the apps you have open.

Recent contacts are no longer on this screen, which is a welcome change, and instead you will see shortcuts to apps on the bottom of the screen for those that you recently used on your Mac or iPad. Apple introduced Continuity on iOS 8, but with this update it is easier to get to these apps after you unlock your iPhone. 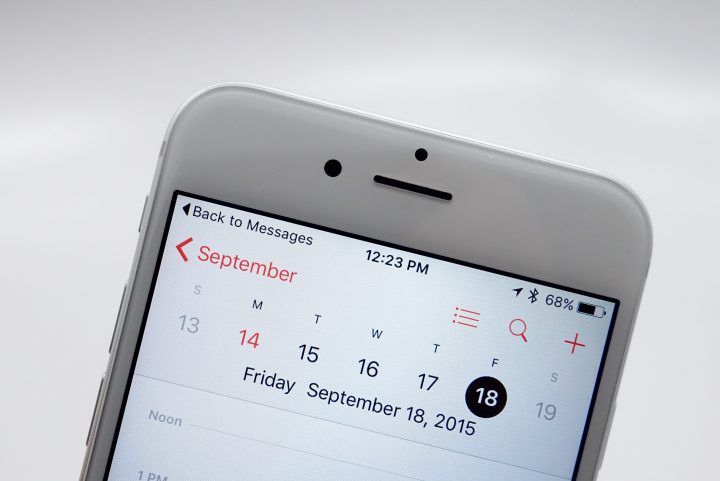 Quickly go back to the app you came from.

Another new way to switch apps shows up when you follow a link or shortcut that takes you from one app to another. In the upper left corner there is now a shortcut to go back to the app that you came from, so you don’t need to use the app switcher to go back one app.